With global travel at a standstill amidst pandemic travel restrictions, the fine watchmaker Blancpain, the pioneer who led a revival of the mechanical Swiss watch industry and the wonder of the moon phase, is allowing quarantined watch lovers and the adventurous the opportunity to visit the brand’s famed “farmhouse” atelier and manufacture in the Vallée de Joux.

Nestled amidst a picturesque countryside in the Jura Mountain region, a special website grants a virtual tour with panoramic views like the ones experienced by Blancpain watchmakers themselves and visitors can take a look inside the birthplace of mechanical watchmaking between Blancpain’s Le Sentier or Le Brassus facilities. 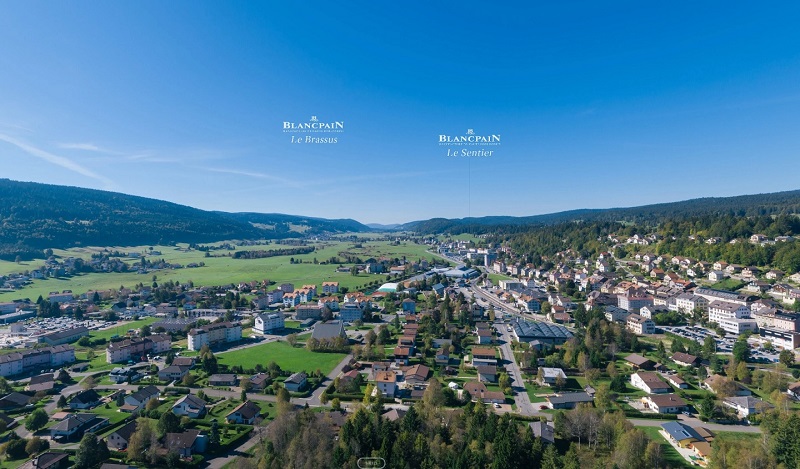 “The success in trials of the tourbillon during the late nineteenth century attracted the attention of Bonniksen, who devised an extremely ingenious method of constructing a rotating escapement which eliminated the extra precision of construction that made the tourbillon so expensive. He called this mechanism a karrusel … watches employing this device kept a very close rate and were extremely successful in trials.” – Dr. George Daniels and Cecil Clutton describing the Karusell in Watches

During the latter days of the Quartz Crisis, Jean Claude Biver, former CEO of the brand, recognised that a watch had to transcend its practical function of merely keeping time. A mechanical timepiece needed to go beyond that: an elevated art-form, indicating the phases of the moon and perhaps accounting for leap years. 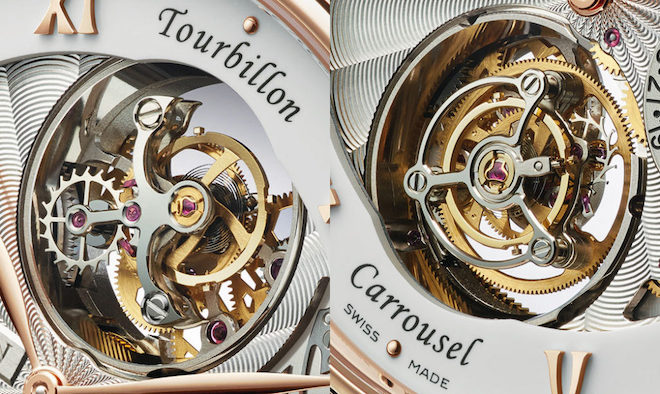 Hence, the high complication took primacy at the humble farmhouse in Le Brassus, an attic where Blancpain still practices the highest levels of horology from centuries old traditions. Now, it’s a place which watch connoisseurs can visit from the comfort of their own homes. During economic boom years, the Karusell-Tourbillon was one of Blancpain’s most mesmerising accomplishments.

Though invented and patented by Breguet, the tourbillon had a level of complexity that introduced more points for potential mechanical failure, hence his contemporaries searched for alternatives to overcome the same gravitational effects. In 1892 Bahne Bonniksen came up with the karrusel. Like the tourbillon, it compensates the effects of gravity on the movement’s rate by means of a rotating cage. But unlike the tourbillon (though it operated similarly from a visual perspective),  the karrusel has no fixed wheel and it gave all the benefits of a tourbillon with a more robust, simpler construction.  As a global recession looms large, popularity of highly visual complications are taking a hit, giving way subtler, no less complex endeavours like Blancpain’s Traditional Chinese Calendar. 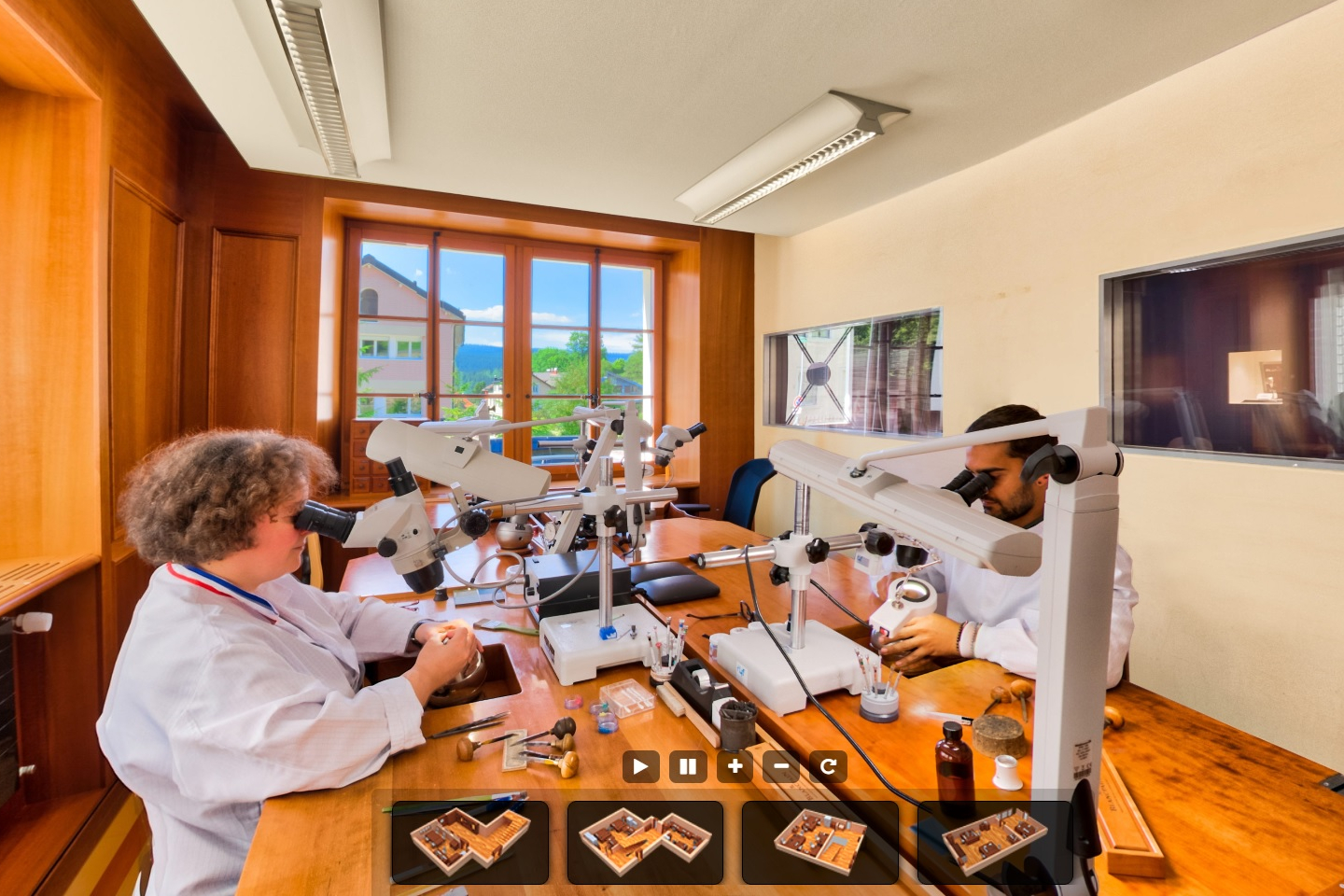 Blancpain Le Brassus: Where mechanical marvels like Blancpain’s Traditional Chinese Calendar are made

A watchmaking masterpiece combining the fundamental principles of the age-old lunisolar calendar stemming from Chinese tradition with the date according to the Gregorian calendar – to make a comparison, the Chinese calendar is based on cycles of the moon, whereas the calendar that we use today, is a sun-oriented Gregorian variant so named for Pope Gregory XIII who promulgated the solar-centric reckoning of day and dates: the outcome of which was a calendar that was easily understood because the Chinese lunar calendar had a variable amount of days every year, sometimes even an extra month (as many as 7 times in 19 years) but we will get back to that in a minute.

In the 1970s, the entirety of the Swiss watch industry had dumbed down mechanical offerings in order to compete with inexpensive, highly accurate quartz timepieces but Blancpain emerged with different ideas – introducing the rare mechanical art form. It is here in the Le Brassus farm house that the brand’s first moon phase watch and the industry’s first in almost a decade returned in 1983 – the resulting prestige that demonstrated how no quartz watch could ever compete for a finely made handcrafted mechanical watch and its slavishly assembled complication, forever changed the direction of the Swiss watch industry. 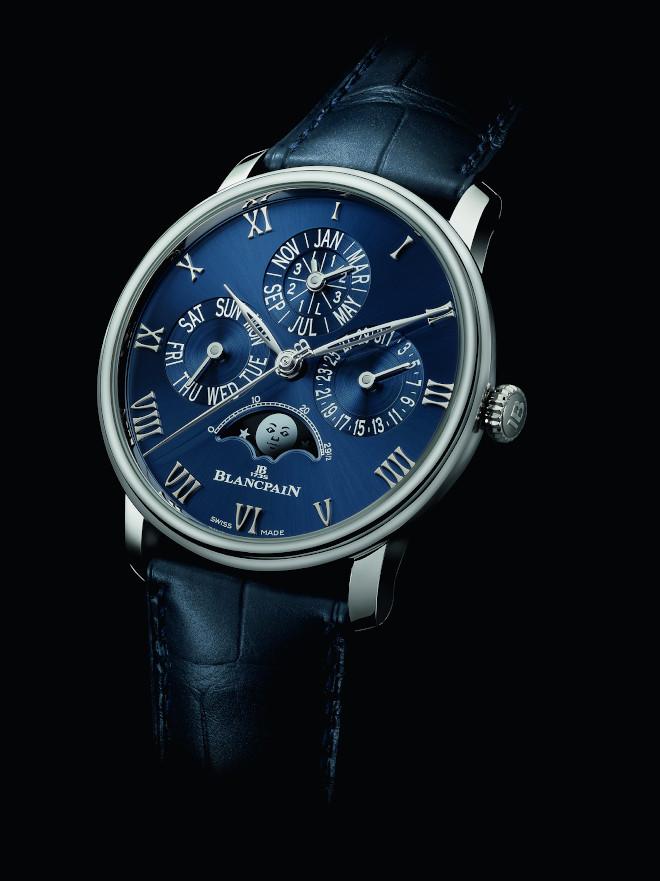 With growing levels of mechanical complexity, Blancpain’s Le Brassus and Le Sentier manufactures have built upon the laurels of the moon phase complication and over the decades, this mastery has extended to the Villeret Calendrier Chinois Traditionnel or as it is simply called today, the Blancpain Traditional Chinese Calendar. It goes without saying that the moon phase and the reckoning of it bears special connection to the Traditional Chinese Calendar but where Blancpain really shows its watchmaking prowess is how the Le Brassus manufacture has managed to incorporate contrasting calendars and mechanically represent the indicators in an aesthetic manner that doesn’t befuddle anyone not Mensa level intelligent.

A real technical feat, the complexity of this calendar is joined by a system of subdividing the day into 12 double hours, replacing the 24 hours composed of 60 minutes each featured in the Gregorian calendar. Each of these double hours is named, in successive order, after one of the twelve earthly branches and represented by one of the animals of the Chinese zodiac.

All this information can be found on the white Grand Feu enamel dial of Blancpain’s Traditional Chinese Calendar. The animal of the year, the Rat, appears in a window at 12 o’clock. Below is the double hours counter displayed in numbers and symbols. The ten celestial pillars and five elements are displayed at 3 o’clock, while two hands at 9 o’clock serve to read the month and date. They are complemented by an aperture dedicated to the leap months. The moon phases, symbolic of Blancpain and the wider industry’s revival,  are used to determine the months of the Chinese calendar and represent an emblematic element of Blancpain’s calendar models, are highlighted in a window at 6 o’clock. Finally, the date according to the Gregorian calendar, associated with these indications, is read off around the rim of the chapter ring by means of a blued steel serpentine hand.

Blancpain’s second workshop, named The Farm, is dedicated to the most demanding and challenging complications such karrousels, tourbillons and perpetual calendars but viewers can take an insider’s look at  rarely-shown Le Sentier workshop  which encompasses all the principal specialised watchmaking activities, from engineering and quality control to component assembly and final casing-up, each work station equipped with cameras and video commentary to illustrate the roles of each technique and process. 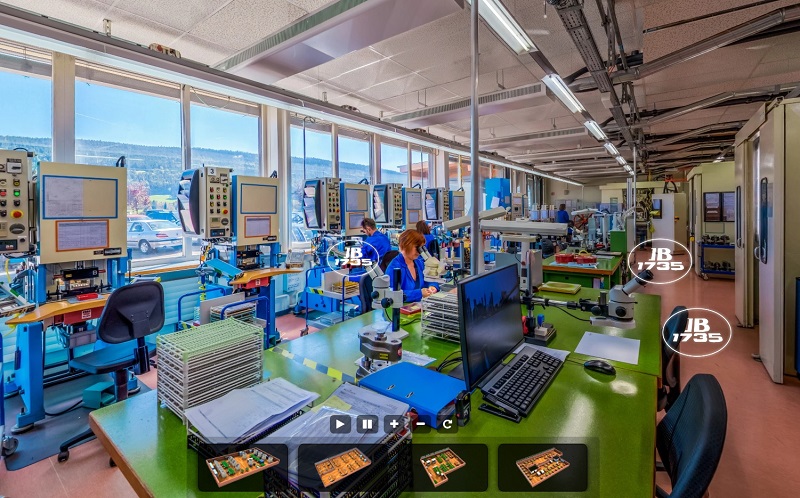