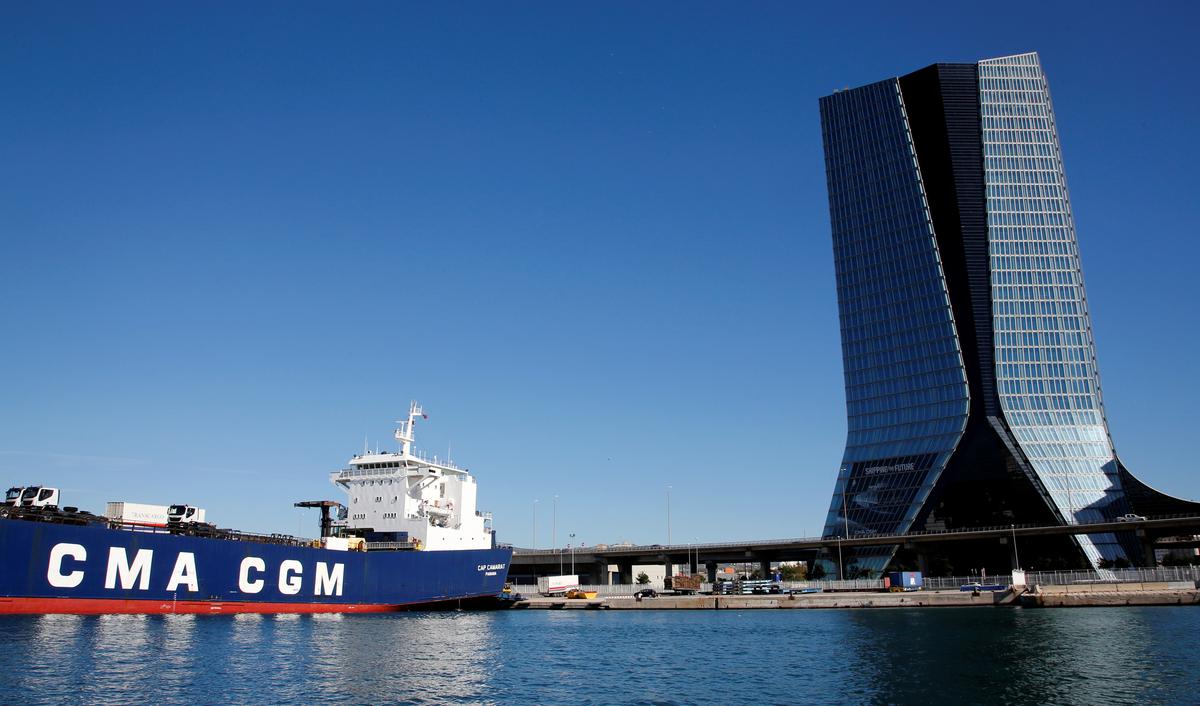 PARIS (Reuters) – Shipping group CMA CGM has obtained a 1.05 billion euro ($1.1 billion) loan to be 70% guaranteed by the French government as it seeks to bolster its cash position during the coronavirus pandemic, which has hammered international trade.

The loan, secured from a consortium of banks comprising BNP Paribas (BNPP.PA), HSBC (HSBA.L) and Société Générale (SOGN.PA), has an initial one-year maturity and an extension option of up to five years, Marseille-based CMA CGM said in a statement on Wednesday.

France is offering guarantees to support billions of euros in loans for French companies to help them survive the economic fallout from the novel coronavirus.

“This new funding further strengthens CMA CGM’s cash position in order to confront uncertainties in the global economy resulting from the health crisis,” the group said.

Privately held CMA CGM, which is controlled by the founding Saade family, said it expects a 10% fall in market volumes in the first half of 2020 versus a year earlier.

A spokesman added that the group was experiencing a contraction in container shipping volumes in line with this market trend.

Container shipping market leader Maersk (MAERSKb.CO) said on Wednesday it now expected global demand in the sector to contract this year, after previously forecasting 1%-3% growth, and warned volumes in the second quarter could decline by as much as a quarter.

CMA CGM had said in early March it expected a limited impact on its operations this year from the coronavirus, as activity resumed in China after an initial outbreak there.

The virus has since spread across the world, particularly affecting Western Europe and the United States.

CMA CGM posted a net loss last year and has been trying to reduce its debt burden following the takeover of Swiss firm CEVA Logistics, aimed at expanding its presence in non-maritime transport.

CEVA was facing a downturn in many business sectors it serves, although it was seeing short-term demand for transporting medical supplies like masks, including through airlifts between China and France, the spokesman said, declining to give an estimate of CEVA’s level of activity.