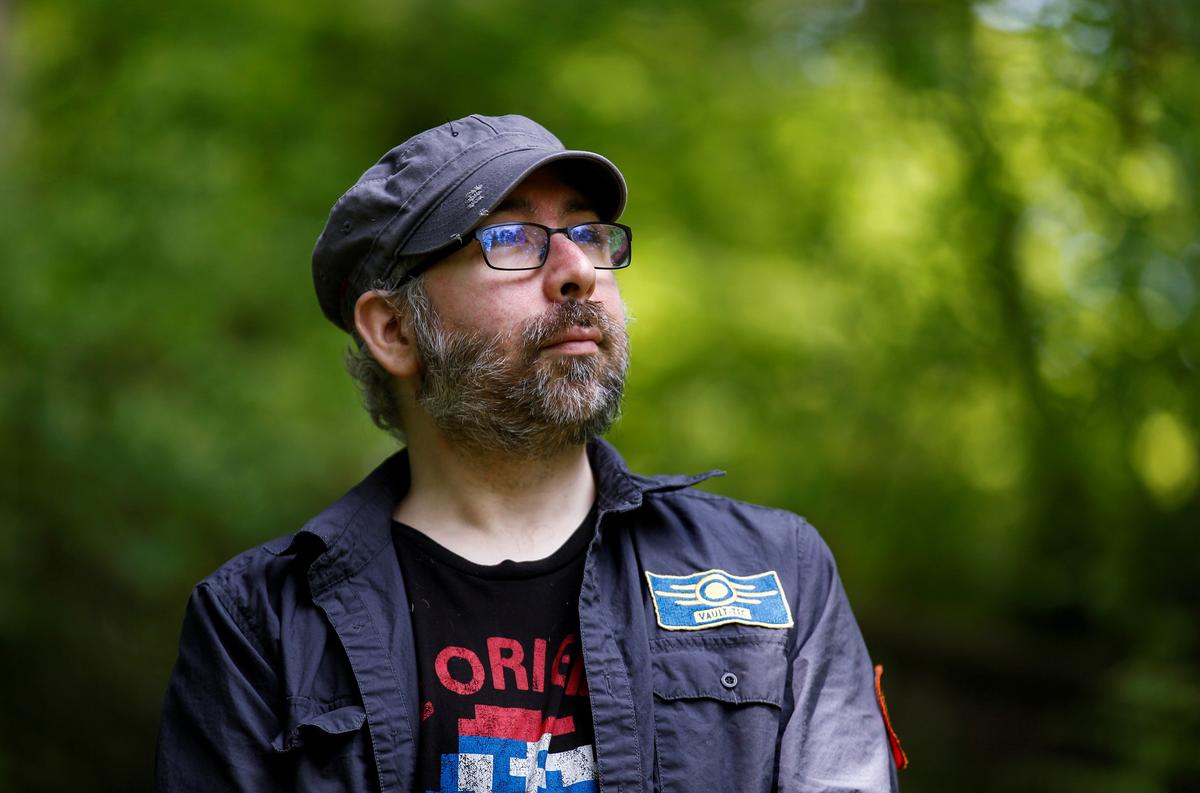 WASHINGTON (Reuters) – U.S. Supreme Court justices on Wednesday grilled a lawyer advocating that “electors” in the complex Electoral College system that decides the winner of U.S. presidential elections are free to disregard laws directing them to back the candidate who prevails in their state’s popular vote.

FILE PHOTO: Bret Chiafalo, a plaintiff in a case before the U.S. Supreme Court, poses for a photo at Lake Stickney Park near his home in Lynnwood, Washington, U.S. May 9, 2020. REUTERS/Lindsey Wasson/File Photo

If enough electors do so, it could upend an election – or, as some of the justices said, cause “chaos.”

The justices were hearing arguments two closely watched cases – one from Colorado and one from Washington state – less than six months before the Nov. 3 election in which presumptive Democratic nominee Joe Biden challenges Republican President Donald Trump.

The litigation involves the presidential election system set out in the U.S. Constitution in which the winner is determined not by amassing a majority in the national popular vote but by securing a majority of electoral votes allotted to the 50 U.S. states and the District of Columbia.

The cases involve so-called faithless electors who did not vote for Democratic candidate Hillary Clinton in the 2016 Electoral College even though she won the popular vote in their states.

Colorado and Washington state are among the 48 states – only Maine and Nebraska excepted – with winner-takes-all systems awarding all electors to the candidate who wins the state’s popular vote.

Conservative Justice Samuel Alito raised the possibility of chaos if there were a close election because “the rational response of the losing political party … would be to launch a massive campaign to try to influence electors.”

Lawyer Lawrence Lessig, representing the Washington state electors, conceded that was a possibility.

Conservative Justice Brett Kavanaugh asked whether the court should embrace the “avoid-chaos principle of judging, which suggests that if it’s a close call or a tie-breaker we shouldn’t facilitate or create chaos.”

In the early stages of the arguments, justices probed the discrepancy between electors taking an oath to pledge their vote to the winner of the popular vote in their states and the arguments made by their lawyers that they cannot be punished for refusing to uphold their promise.

“It’s somewhat hard to understand the concept of something I am pledged – bound – to do. I have made a promise to do something. But that promise is unenforceable,” liberal Justice Ruth Bader Ginsburg said.

Conservative Chief Justice John Roberts asked Lessig whether, as long as there is no penalty, then “simply requiring a prospective elector to take a pledge is okay in your view?”

Lessig said that it would be acceptable, noting that the states can impose a moral obligation but not a legally enforceable one.

The Electoral College vote, held weeks after the general election, is often overlooked as a mere formality in which the electors – typically party loyalists – actually vote for the winner of their state’s popular vote.

But in 2016, 10 of the 538 electors voted for someone else. While that number of so-called faithless electors did not change the election’s outcome, it would have in five of the 58 previous U.S. presidential elections.

State officials have said faithless electors threaten the integrity of American democracy by subverting the will of the electorate and opening the door to corruption. The plaintiffs said the Constitution requires them to exercise independent judgment to prevent unfit candidates from taking office.

The justices must decide if states can penalize faithless electors with actions such as monetary fines or removal from the role. Thirty-two states and the District of Columbia have laws intended to control how electors vote. Only a handful enforce them with penalties.

“If the Supreme Court agrees with us and in my opinion the founding fathers, they’ll find that electors are completely able to use their judgment to determine who they should vote for,” said Bret Chiafalo of Everett, Washington, one of the lead plaintiffs.

Trump’s administration has taken no stance in the cases.

Chiafalo and another lead plaintiff Micheal Baca were Democratic electors who sought to persuade Republican electors to disregard their pledges and help deny Trump the presidency. Baca, who now lives in Las Vegas, was a Colorado elector. They cast their ballots for moderate Republicans and not Clinton.

Chiafalo was fined $1,000 by Washington state. Baca’s vote was canceled by Colorado officials. The electors argued that the penalties against them by their states violated the Constitution’s Article II and its 12th Amendment, which delineate the Electoral College process.

A lower court upheld Washington state’s fine against Chiafalo and two other faithless electors. Another court concluded that Colorado’s action against Baca violated his constitutional rights.

Reporting by Andrew Chung in New York and Lawrence Hurley in Washington; Editing by Will Dunham