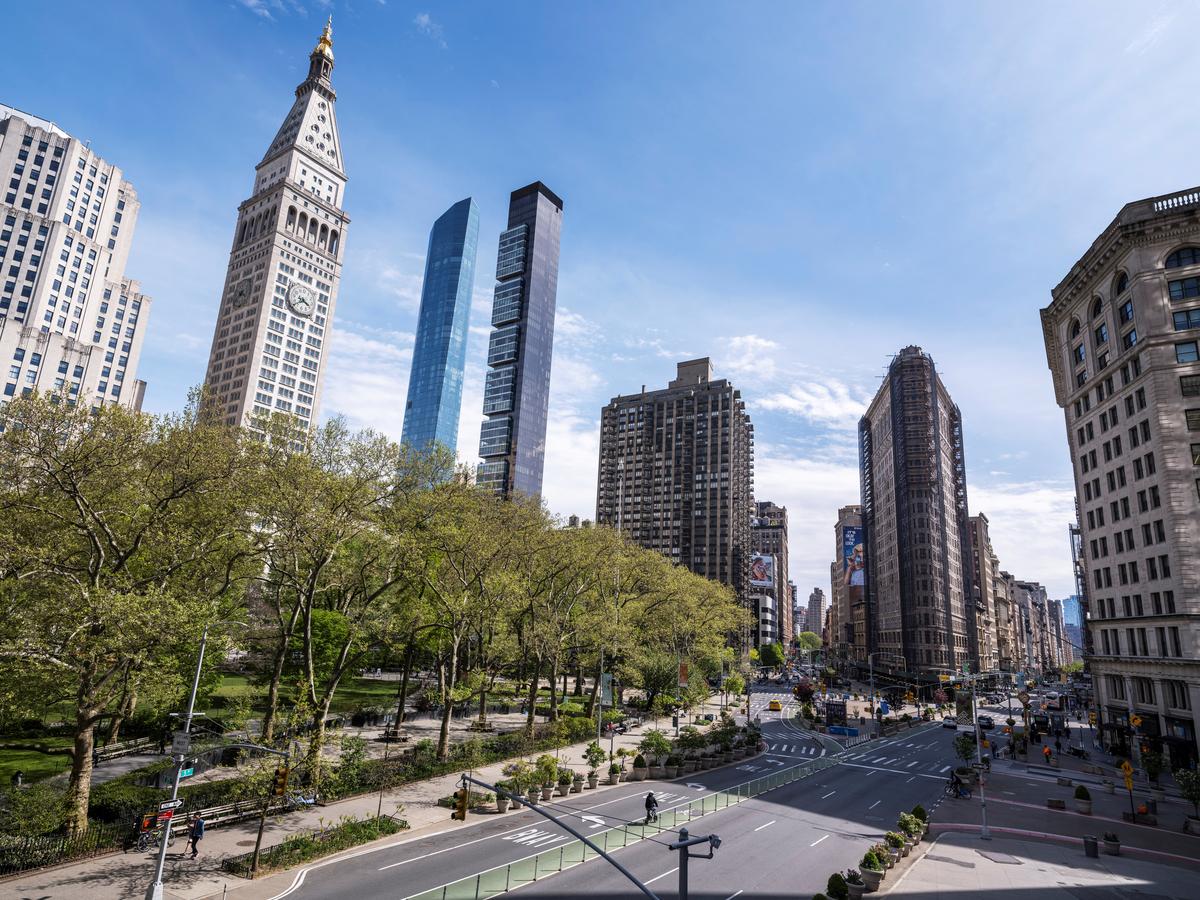 WASHINGTON (Reuters) – U.S. air quality has improved since the coronavirus crisis emptied the roads of traffic, giving the country a futuristic glimpse of the clearer skies that could come with an electric vehicle fleet, according to preliminary findings by National Oceanographic and Atmospheric Administration labs.

FILE PHOTO: The Flatiron Building stands next to Madison Square Park as streets remain less busy due to the continuing outbreak of the coronavirus disease (COVID-19) in the Manhattan borough of New York U.S., May 5, 2020. Picture taken May 5, 2020 at 3:38PM. REUTERS/Lucas Jackson/File Photo

Using satellites, airplanes and ground monitors, NOAA researchers say they have observed a 25% to 30% reduction in smog-causing nitrogen oxide emissions along with big cuts in volatile organic compounds and greenhouse gases in both the heavily populated U.S. Northeast and in Colorado’s urban cluster.

The so-called COVID Air Quality Study, which focuses on those two disparate regions of the country, “offers a glimpse into a potential future of urban air quality, due to the ongoing electrification of the U.S. transportation fleet,” NOAA said.

“We can learn lessons from this shutdown,” said Xinrong Ren, a researcher at the NOAA Air Resources Laboratory in Maryland, who added he expected urban areas of the United States would see similar improvements in air quality if half the U.S. car fleet was electrified and more people continued to work from home.

Other parts of the world have also recorded improvements in air quality since the coronavirus outbreak, including the notoriously smog-filled Indian city of New Delhi and industrialized parts of northern China, a thin silver lining to a health crisis that has killed almost 290,000 people.

NOAA researchers said they were comparing their U.S. pollution measurements to data recorded in previous years to come up with the estimated cuts.

Along the I-95 corridor from Boston to Washington, for example, NOAA researchers found a decrease in nitrogen oxide emissions of 25% to 30% and a cut in carbon dioxide emissions of 15% to 20%, as traffic dropped by about half from typical levels.

Preliminary findings from NOAA’s Earth System Research Laboratory in Boulder, Colorado, showed that concentrations of volatile organic compounds measured during the month of April in Colorado’s Front Range – home to the state’s most-populous cities – were half what they were in April 2018, said Jessica Gilman, a NOAA research chemist.

Carbon monoxide and nitrogen oxides also decreased by about 30% when compared with the median monthly observations from 2010 to 2019, she said.

Nitrogen oxide and volatile organic compounds are the main ingredients of ozone and particulate matter that create urban smog, a human health hazard.

NOAA said it would continue to monitor emissions into the summer, as states and cities reopen businesses, in the hopes it can further isolate the contribution of road travel to air quality.