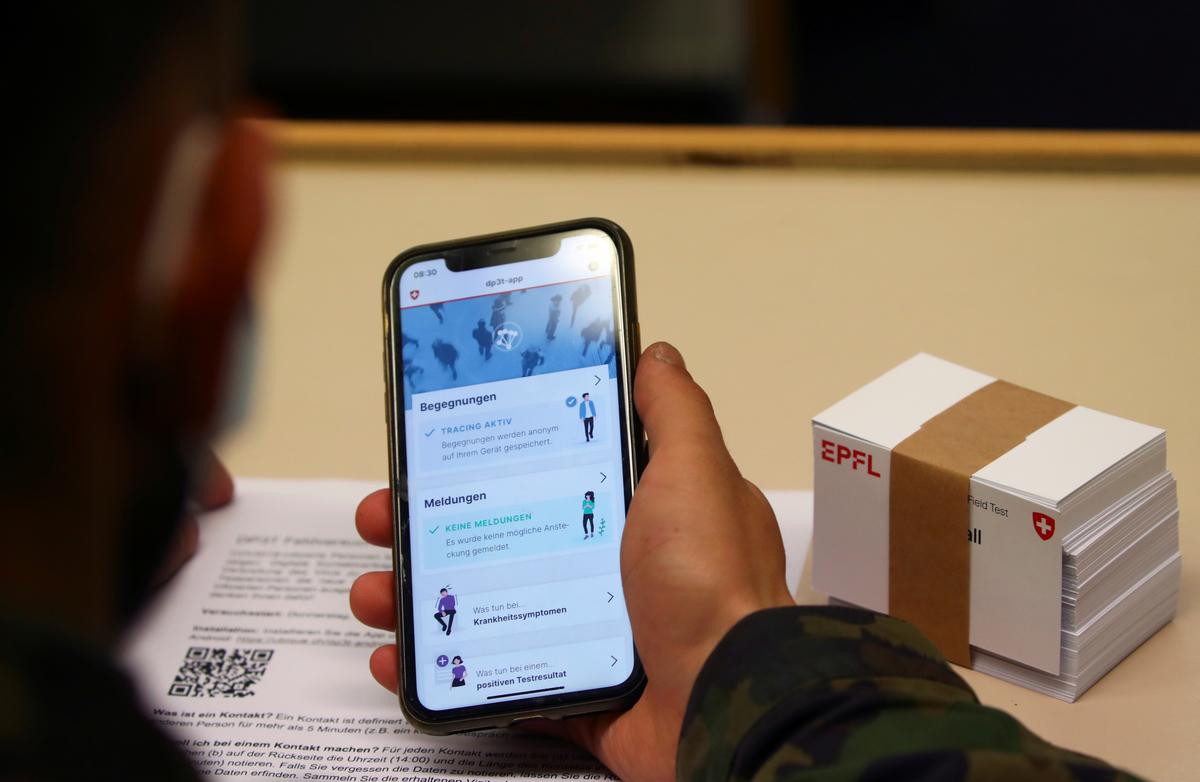 FILE PHOTO: A Swiss soldier shows on a mobile device the contact tracking application created by the Swiss Federal Institute of Technology Lausanne (EPFL), using Bluetooth and a design called Decentralised Privacy-Preserving Proximity Tracing (DP-3T), which will be launched on May 11 by the Swiss Government for easing of the lockdown caused by the coronavirus disease (COVID-19) outbreak, at the Chamblon barracks, Switzerland April 30, 2020. REUTERS/Denis Balibouse

BRUSSELS (Reuters) – The use of virus contact-tracing apps should be voluntary, the European Commission will say on Wednesday, as part of a package of measures aimed at lifting border restrictions and reviving the European Union’s tourism and travel industries.

The apps should also be able to work across EU borders, a Commission document seen by Reuters said.

Indonesia’s GoTo has lost almost 70% of its valuation since its April IPO
Angela Bassett Recalls How A 12-Year-Old Keke Palmer Actually Got Her The Role As Her Mother In Akeelah And The Bee
‘Putin is a monster’: UK must help punish Russian war crimes, Ukraine’s first lady says
Kroger hikes forecast after stronger grocery sales top estimates
The Best Books of the Year, According to Oprah Daily