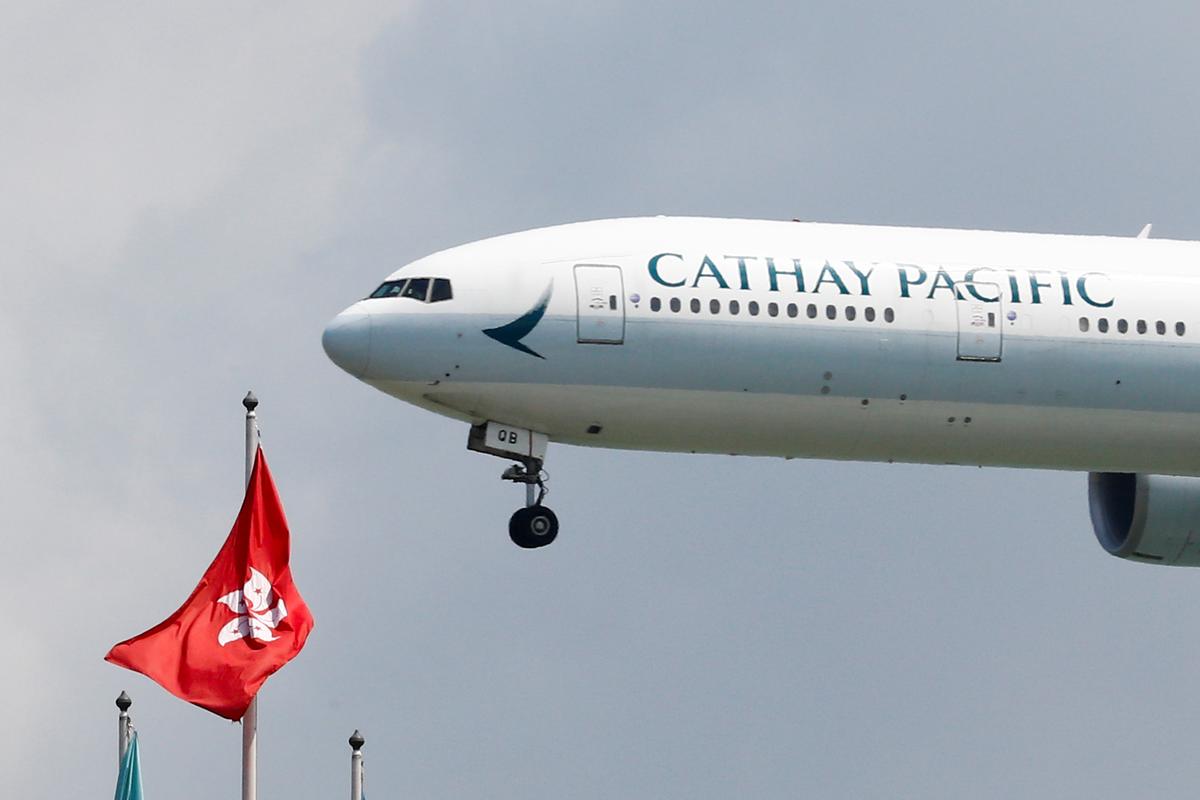 SYDNEY (Reuters) – Cathay Pacific Airways Ltd (0293.HK) said on Friday it made an unaudited loss of HK$4.5 billion ($580.53 million) at its full-service airlines during January-April and flagged a “very bleak” outlook as the coronavirus crisis grounded planes globally.

The Hong Kong-based airline said passenger numbers in April dropped by 99.6%, compared with last year as it flew a skeleton network due to a ban on transit traffic in the Asian financial hub and little outbound demand.

“At this stage, we still see no immediate signs of improvement,” Cathay Chief Customer and Commercial Officer Ronald Lam said in a statement.

“We are evaluating all aspects of our business to ensure that we remain strong and competitive when we emerge from this crisis.”

Cathay last month laid off 286 cabin crew based in the United States and furloughed 201 pilots based in Australia and Britain.

The HK$4.5 billion loss at full-service carriers Cathay Pacific and Cathay Dragon in the four months ended April 30 compared with a previously announced unaudited loss of HK$2 billion for the month of February.

In the first half of 2019, before the pandemic and widespread protests in Hong Kong, the airlines posted a profit of HK$615 million. Those figures do not account for other businesses including low-cost carrier Hong Kong Express, its stake in Air China Ltd (601111.SS) and its catering unit.

Homebuilders say U.S. is in a ‘housing recession’ as sentiment turns negative
Walmart CEO Doug McMillon says even wealthier families are penny-pinching
This Designer Turned Old Denim into a Canadian Tuxedo
How to pick the best MacBook so you’re not overspending for what you don’t need
Priti Patel insists Rwanda ‘safe’ for deportations despite warnings of killings and torture