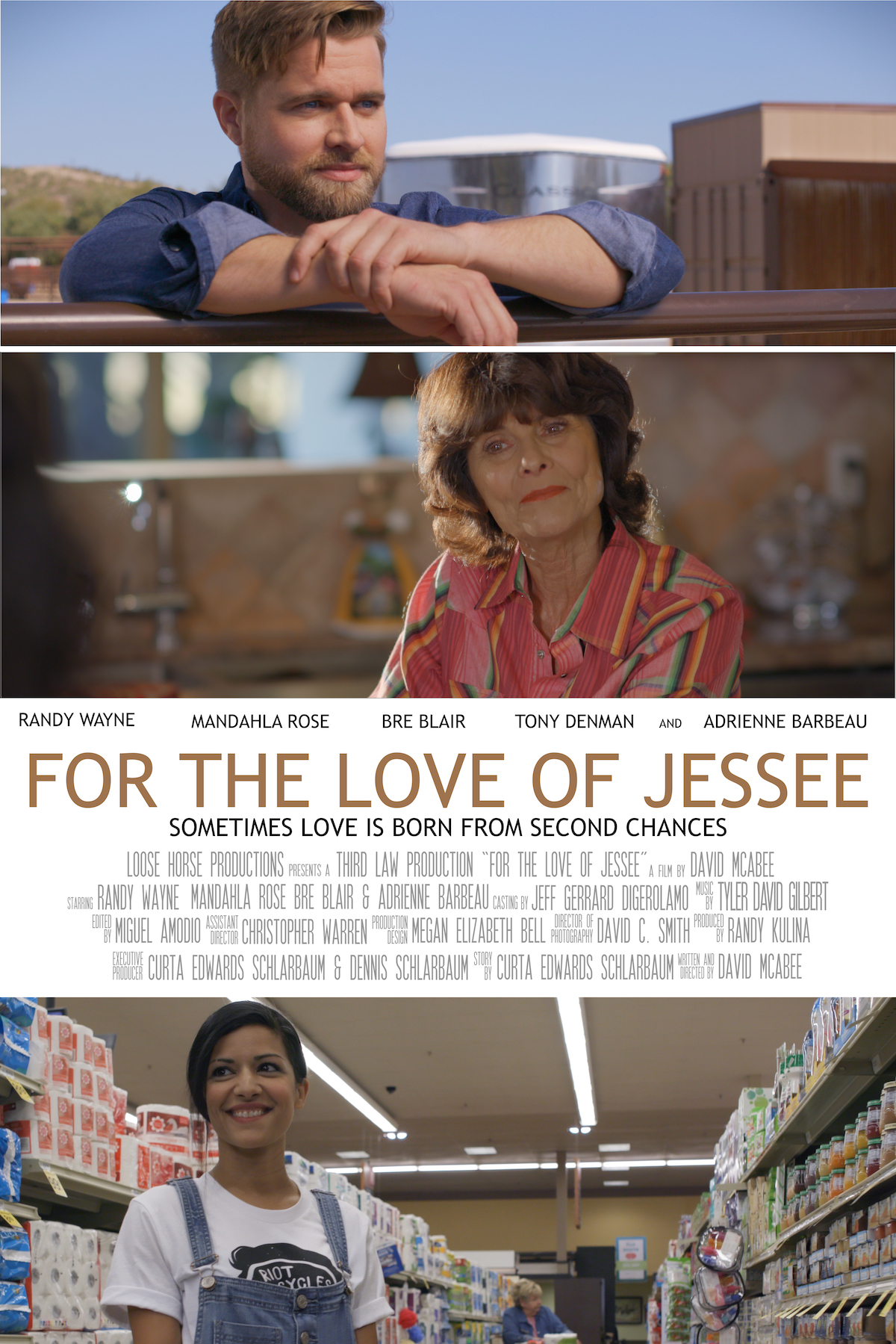 “For The Love of Jessee”, digitally released May 1, 2020 is a high spirited dramatic and emotional movie that actually has a happy ending. Superbly directed by David McAbee, co- written by Curta Edwards Schlarbaum and McAbee, and produced by Curta and husband Dennis, the film stars Adrienne Barbeau, Mandahla Rose, Randy Wayne, Tony Denman, Bre Blair and Manu Intiraymi. The film is about forgiveness, letting go, healing and falling in love.

It dramatically opens with Sage’s (Rose) loss of her baby, and Doctor Luke Matthew’s (Wayne) loss of his wife (Blair) during childbirth. Iconic superstar Adrienne Barbeau portrays Luke’s mom the seemingly cold and manipulating non-mom figure. Denman plays the role of Luke’s best friend, the kind of character you love from the inception. Without exception each character is believable enough to either hate or love. The personalities of the characters become familiar whether or not you wind up loving or hating them.

McAbee was brilliant. Mostly directing horror films in the past the change of pace did him well. He was careful in his intentions and the character development was a tribute to both him and the actors themselves. One of my favorite characters although not a lead role was executive producer Curta Edwards Schlarbaum who played a heartfelt nurse. She was absolutely adorable raising a slew of emotions that I believe were actually real.

The 90 minute film is entertaining, riveting, and evokes a bunch of emotions. It’s a feel good, happy ending film that I feel would be enjoyable for nearly every audience. ….

Watch “For The Love of Jessee” on Amazon and iTunes today: