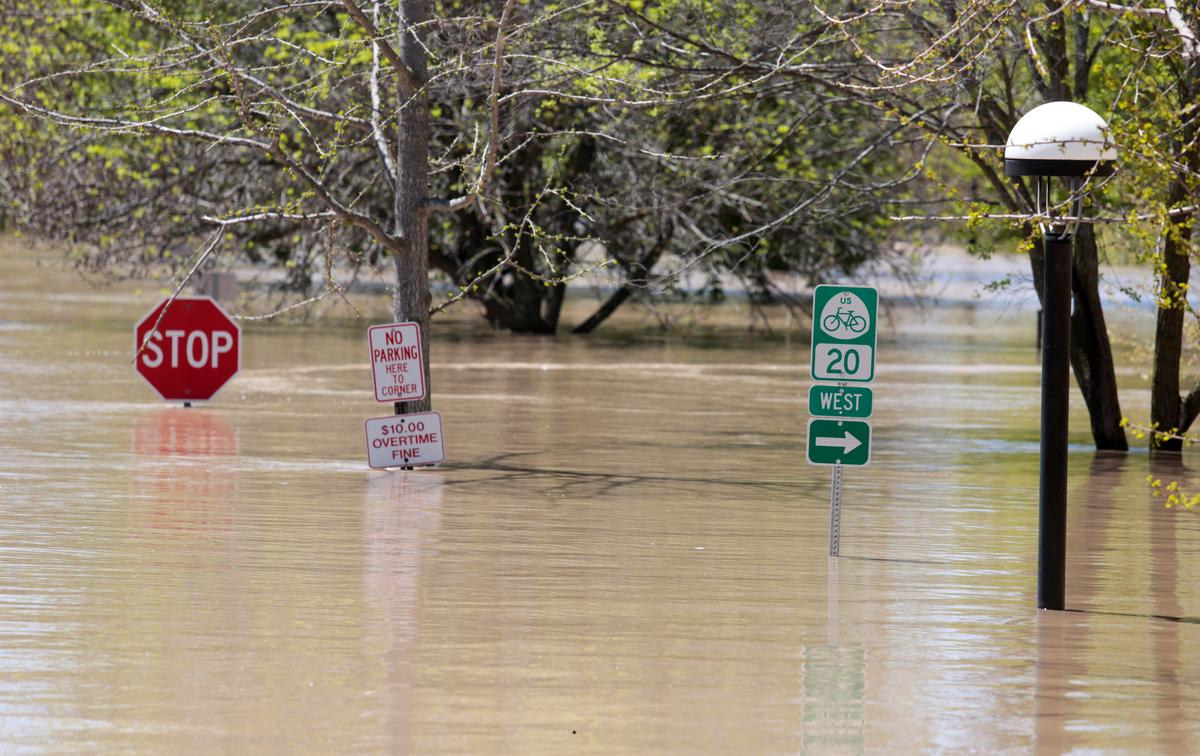 By late morning, floodwaters had reached the grounds of the Dow facility and were confirmed to be “comingling with on-site containment ponds,” the company said in a statement, adding no employees had been hurt.

The National Weather Service (NWS) warned of “life-threatening” flooding as water levels of the Tittabawassee River in Midland, about 120 miles northwest of Detroit, rose to historic levels.

“Never in my whole life have we seen the dam fail,” said Mark Bone, 53, a business owner chairman of the Midland County Board of Commissioners. “It flooded real bad in ‘86, but never like this.”

Even as flooding submerged parts of Midland, the county seat and home to some 42,000 residents, under 5 feet (1.5 meters) of water, Bone said no injuries or deaths had been reported.

With authorities already grappling with the coronavirus pandemic, Governor Gretchen Whitmer on Wednesday called on the federal government to provide assistance.

About 10,000 people have been evacuated in Midland County, Whitmer said, after days of heavy rain caused a swollen river to overflow its banks and breach the Edenville and Sanford dams.

A general view shows a flooded street along the Tittabawassee River, after several dams breached, in downtown Midland, Michigan, U.S., May 20, 2020. REUTERS/Rebecca Cook

“Experts are describing this as a 500-year event,” Whitmer told a news conference after a tour of the stricken areas. She urged residents of low-lying areas to flee to higher ground.

Whitmer had said earlier that parts of Midland, including downtown, could be under 9 feet of water by Wednesday night. The Weather Service reported the Tittabawassee crested at midday at about 35 feet – some 3 feet lower than had been expected.

A spokeswoman for the Federal Energy Regulatory Commission said that as soon as it is safe, engineers will be sent to both dams to assist state and other authorities in an investigation into the cause of the breaches.

Dow Chemical, which is headquartered in Midland, said in a statement it was implementing its flood-preparedness plan.

All operating units, except for facilities needed for managing chemical containment, have been shut down, the company said in a statement, adding essential staff was on the scene to monitor and manage the situation.

President Donald Trump, already scheduled to tour a Ford Motors Co. auto plant in Michigan on Thursday, said on Twitter he had dispatched teams from the Federal Emergency Management Agency (FEMA) and the U.S. military to the flood-stricken area to lend support.

Trump, who had encouraged protesters demanding that Whitmer ease coronavirus stay-at-home orders, tweeting a “LIBERATE MICHIGAN” message weeks ago, chided her again on Wednesday, tweeting, “Governor must now ‘set you free’ to help. Will be with you soon!”

The emergency unfolded as questions emerged about the past safety record of one of the two breached dams. The Federal Energy Regulatory Commission in 2018 revoked the hydropower generating license for the Edenville structure, accusing its operators of failing to address various deficiencies.

Reporting by Rebecca Cook in Midland and Maria Caspani in New York; Additional reporting by Rich McKay in Atlanta; Writing by Steve Gorman; Editing by Bill Tarrant and Aurora Ellis