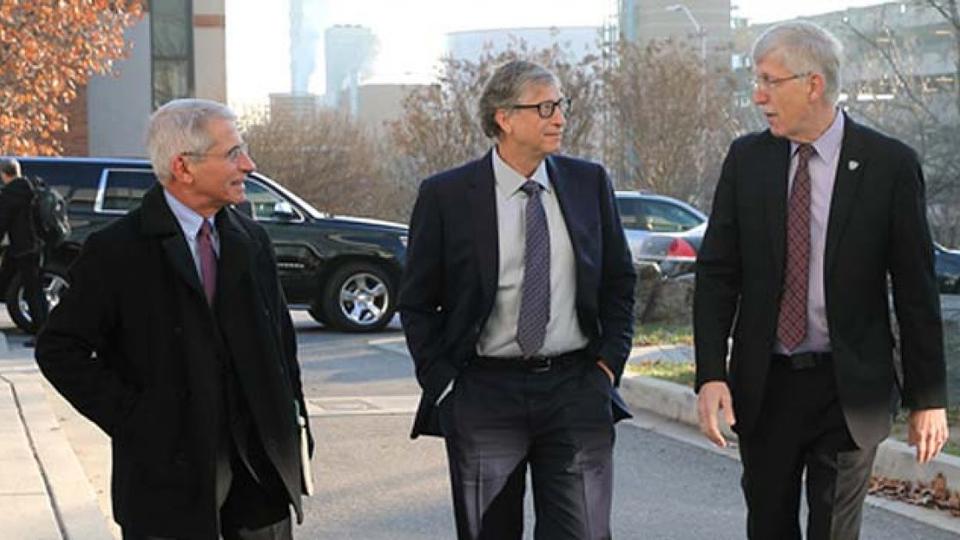 1. According to the International Committee on Taxonomy of Viruses’
(ICTV) Coronaviridae Study Group (CSG) publication on March 2, 2020, the preliminary data suggesting that there was sufficient variation to determine this as a novel virus vs. a mutation of known coronaviruses was not based on established scientific principles but was responsive to the World Health Organization’s prior unfounded declaration of novelty of both the virus and a new disease;

2. There could be no independent verification of the epidemiologic models predicting dire infection and mortality rates as the underlying models and data were not published, and when sought, were reportedly corrupted so as to make their examination impossible;

3. In violation of State law, no medical or scientific evidence was provided to establish causal links between the SARS CoV-2 and the symptoms of COVID-19 relying instead on foreign government hearsay and conjecture;

4. Since 2003, the U.S. Department of Health and Human Services and their subordinate
organizations – the National Institute of Allergy and Infectious Diseases (NIAID) and the Centers for Disease Control and Prevention (CDC) – maintained a patent preventing any independent organization from testing for the presence of coronavirus transmissible to humans through 2018 resulting in a complete lack of testing technologies;

5. No State official reviewed for accuracy or veracity any of the causal statements made in the Declaration of Emergency which contain false, misleading, and terror inducing statements;

6. In violation of well-established legal precedent from Jew Ho v. Williamson, 103 F. 10, 26
(C.C.N.D. Cal. 1900) and subsequent public health law, arbitrary and capricious rules were insinuated on part of the population that were not applied generally resulting in the unlawful confinement of a healthy population with no basis in science;

7. The Governor failed to provide adequate testing to confirm or deny the presence or absence of “a novel coronavirus” and, based on recent reports from testing of incarcerated persons reported by Reuters, 96% of prisoners testing positive for coronavirus are asymptomatic demonstrating a failure to establish even a statistical link between the virus and the disease;

8. Neither the Governor nor any public health officer has followed evidence-based, peer-reviewed,
clinical science showing that neither social distancing of up to 6 feet of separation nor the
wearing of masks has any clinical effect in a healthy population and that instituting such policies
is exclusively for the inducement of terror in the population;

Both the presence of a vaccine or treatment and, or, the development of testing — both that solely benefit the possible conspiring parties and their co-conspirators — are set as a condition for re-opening the country. This appears to be an unambiguous violation of the Sherman Act and, if so, should be prosecuted immediately to the full extent of the law.

The CDC and WHO elected to commit to a narrative of a novel coronavirus – exhibiting properties that were anticipated in the U.S. Patent 7,618,802 issued to the University of North Carolina Chapel Hill’s Ralph Baric – and, in the absence of testing protocols, elected to insist that SARS-CoV-2 was the pathogen responsible for conditions that were consistent with moderate to severe acute respiratory syndrome.
U.S. Constitution: Article One, Section 8, clause 8,
To promote the progress of science and useful arts, by securing for limited times to authors and inventors the exclusive right to their respective writings and discoveries
By Renewing their Illegal Patents on February 17, 2014 the CDC violated Article 1, Section 8, Clause 8 of the U.S. Constitution By Renewing their Illegal Patents on February 17, 2014 the CDC willfully violated the law using taxpayer funds in light of the Supreme Court ruling on June 13, 2013 Article One, Section 9, clause 2,
Which states that :”The privilege of the writ of habeas corpus (a recourse in law challenging the reasons or conditions of a person’s confinement) shall not be suspended, unless when in cases of rebellion or invasion the public safety may require it.”;
THERE IS NO CLINICAL DATA SHOWING THAT THE RESTRAINT OF HEALTHY
INDIVIDUALS HAS ANY EMPIRICAL DATA SUPPORTING ITS USE. NO EVIDENCE
SUPPORTING EMERGENCY DECLARATIONS HAVE BEEN OFFERED WITH THE EXCEPTION OF STATEMENTS MADE BY COLLUDING PARTIES SEEKING TO BENEFIT FROM VACCINATIONS, TESTING OR THE COMBINATION – NEITHER OF WHICH CAN BE
REASONABLY EXPECTED GIVEN PATENTS GRANTED TO AND HELD BY COLLUDING
PARTIES.
Sherman Act and Clayton Act violations receiving and directing funding only to those parties
colluding around the infringement of the CDC’s illegal patent.
• CDC; NIAID; University of North Carolina, Chapel Hill; Wuhan Institute of Virology; National
Institutes of Health; U.S. Department of Health and Human Services; President’s Task Force; Governors except North Dakota, Nebraska, Arkansas, Utah, Wyoming, South Dakota, and Oklahoma Possible violation of 15 U.S. Code § 19
• Dr. Fauci is on the Leadership Council of the Bill and Malinda Gates •Global Vaccine Action Plan DOMESTIC TERRORISM – Still in Effect Until March 15, 2020
Section 802 of the USA PATRIOT Act (Pub. L. No. 107-52) expanded the definition of terrorism to cover domestic, as opposed to international, terrorism. A person engages in domestic terrorism if they do an act;dangerous to human life that is a violation of the criminal laws of a state or the United States, if the act appears to be intended to: (i) intimidate or coerce a civilian population; (ii) influence the policy of a government by intimidation or coercion;
Lastly current policing, fining, arrests and harassment throughout the country and CA/Orange County in this case, is in violation of not only First Amendment “abridging the right of people to peaceably assemble” but more narrowly:
Title 18 U.S.C., Section 242 Deprivation of Rights Under Color of Law:
Whoever, under color of any law, statute, ordinance, regulation, or custom, willfully subjects any
person in any State, Territory, Commonwealth, Possession, or District to the deprivation of any
rights, privileges, or immunities secured or protected by the Constitution or laws of the United
States, or to different punishments, pains, or penalties, on account of such person being an alien, or by reason of his color, or race, than are prescribed for the punishment of citizens, shall be fined under this title or imprisoned not more than one year, or both; and if bodily injury results from the cts committed in violation of this section or if such acts include the use, attempted use, or threatened use of a dangerous weapon, explosives, or fire, shall be fined under this title or imprisoned not more than ten years, or both; and if death results from the acts committed in violation of this section or if such acts include kidnapping or an attempt to kidnap, aggravated sexual abuse, or an attempt to commit aggravated
sexual abuse, or an attempt to kill, shall be fined under this title, or imprisoned for any term of years or for life, or both, or may be sentenced to death.As a concerned Patriot, proud American and citizen of this country/county, I willfully submit the above statements for your consideration. It is my assertion that the above facts be considered for the immediate removal and suspension of any and all continued unlawful, unconstitutional and draconian measures affecting citizens. Henceforth any measures related and known as ‘shelter in place,’ quarantine, ‘non-essential’ work, social distance, and the closure of public spaces will be considered unconstitutional and nothing more than an attempt at ‘social engineering.’
Finally, I request your support and immediate investigation of any ‘sworn’ Governmental official at local, State or Federal levels for their willfully complicit or knowing criminal misconduct of their Constitutional duties in the service of their office.
In closing, I welcome your correspondence and am hopeful that you take this matter seriously on behalf
of my family and fellow US citizens currently being impacted by the ‘illegal’ actions outlined above. Lastly, I will be submitting this same letter to all related local, State and Federal Govt representatives including the Attorney General for considered legal action on behalf of myself and fellow citizens and I request you to do the same by copying and pasting the entire article.

What’s being done about ‘murder-for-hire’ sites on the dark web, and how dangerous are they?
Irene Cara, Fame Actor and “Flashdance” Singer, Dies at 63
China competing with West ‘will lead to clash’ and UK ‘has been asleep to threat for decades’
Ian Blackford stepping down as SNP’s Westminster leader
Ari Lennox Performs “Waste My Time” at the 2022 Soul Train Awards: Watch