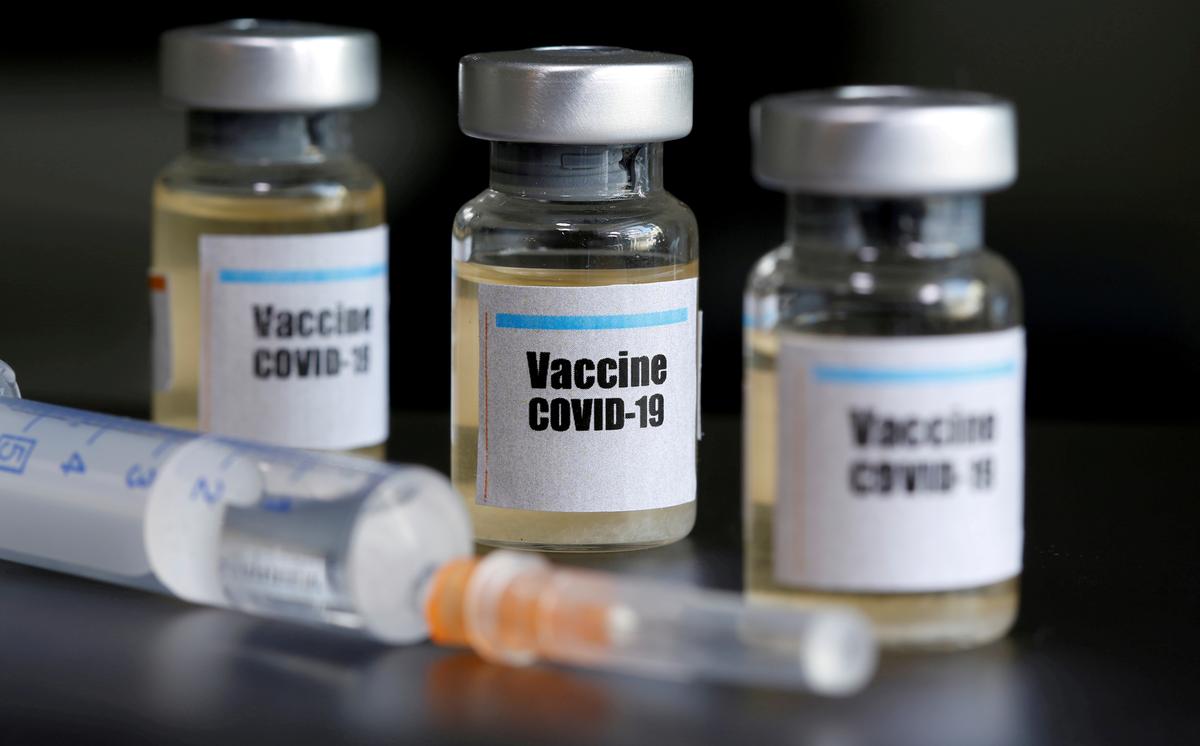 (Reuters) – A quarter of Americans have little or no interest in taking a coronavirus vaccine, a Reuters/Ipsos poll published on Thursday found, with some voicing concern that the record pace at which vaccine candidates are being developed could compromise safety.

While health experts say a vaccine to prevent infection is needed to return life to normal, the survey points to a potential trust issue for the Trump administration already under fire for its often contradictory safety guidance during the pandemic.

Some 36% of respondents said they would be less willing to take a vaccine if U.S. President Donald Trump said it was safe, compared with only 14% who would be more interested.

Most respondents in the survey of 4,428 U.S. adults taken between May 13 and May 19 said they would be heavily influenced by guidance from the Food and Drug Administration or results of large-scale scientific studies showing that the vaccine was safe.

Less than two-thirds of respondents said they were “very” or “somewhat” interested in a vaccine, a figure some health experts expected would be higher given the heightened awareness of COVID-19 and the more than 92,000 coronavirus-related deaths in the United States alone.

“It’s a little lower than I thought it would be with all the attention to COVID-19,” said Dr. William Schaffner, an infectious disease and vaccine expert at Vanderbilt University Medical Center in Nashville. “I would have expected somewhere around 75 percent.”

Studies are underway, but experts estimate that at least 70% of Americans would need to be immune through a vaccine or prior infection to achieve what is known as “herd immunity,” when enough people are resistant to an infectious disease to prevent its spread.

Trump has vowed to have a vaccine ready by year’s end, although they typically take 10 years or longer to develop and test for safety and effectiveness. Many experts believe a fully tested, government-approved vaccine will not be widely available until mid-2021 at the earliest.

Among those respondents who expressed little or no interest in a coronavirus vaccine, nearly half said they were worried about the speed with which they are being developed. More than 40% said they believe the vaccine is riskier than the disease itself.

Overall, 84% of respondents said vaccines for diseases such as measles are safe for both adults and children, suggesting that people hesitant to take a coronavirus vaccine might reconsider, depending on safety assurances they receive.

For example, among those who said they were “not very” interested in taking the vaccine, 29% said they would be more interested if the FDA approved it.

Some experts have said the White House’s emphasis on speed – its vaccine effort is called “Operation Warp Speed” – could leave people worried that safety was being sacrificed for swiftness.

In addition, misinformation about vaccines has grown more prevalent on social media during the pandemic, according to academic researchers.

“It’s not surprising a significant percentage of Americans are not going to take the vaccine because of the terrible messaging we’ve had, the absence of a communication plan around the vaccine and this very aggressive anti-vaccine movement,” said Peter Hotez, dean of the National School of Tropical Medicine at Baylor College of Medicine, where he is developing a vaccine.

The poll underscores how the country’s deepening polarization has affected people’s view of the pandemic.

Nearly one in five Republicans say they have no interest in a vaccine, more than twice the proportion of Democrats who said the same.

Trump, a Republican, has offered mixed messages during the outbreak. He has at times downplayed the seriousness of the pandemic and encouraged public protests against his government’s own stay-at-home guidelines intended to slow the pathogen’s spread.

He has also urged Americans to try unproven treatments for COVID-19, such as the malaria drug hydroxychloroquine, which he said on Monday he has taken for weeks despite warnings about its use from the FDA and other health experts.

The poll responses varied among certain demographic groups. Only half of black Americans, who represent a disproportionate percentage of coronavirus deaths, said they were somewhat or very interested in a vaccine, perhaps reflecting memories of an infamous U.S. government study that left black men deliberately untreated for syphilis.

College-educated white women – a politically important demographic that has moved sharply away from the Republican Party during the Trump era – were particularly concerned about how quickly the vaccine is being developed. More than 40% said Trump’s reassurance would make them less willing to take it.

The Reuters/Ipsos poll was conducted online, in English, throughout the United States and had a credibility interval, a measure of precision, of plus or minus 2 percentage points.