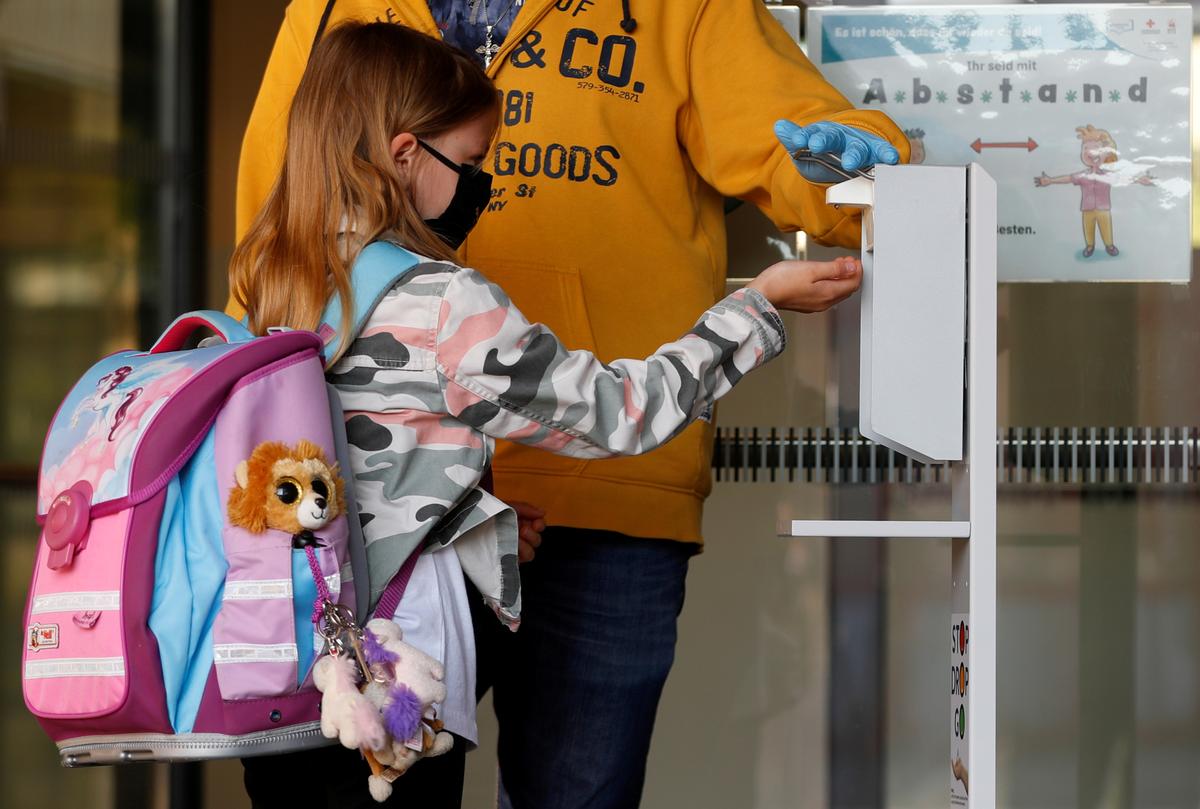 LONDON (Reuters) – Children have milder COVID-19 symptoms than adults and the balance of evidence suggests they may also have lower susceptibility and infectivity than adults, scientists advising the British government have said.

FILE PHOTO: A child wearing a protective face mask disinfects hands as she arrives at a primary school, while Austrian schools reopen for pupils aged roughly six to 14, during the global coronavirus disease (COVID-19) outbreak, in Brunn am Gebirge, Austria May 18, 2020. REUTERS/Leonhard Foeger

As Europe and the United States start to return to work after lockdowns imposed to slow the spread of the novel coronavirus, world leaders are trying to work out when it is safe for children and students to get back to their studies.

Cautioning that there is a significant lack of high-quality evidence on children, the scientists concluded in a paper submitted to the British government that: “There was some evidence that children had milder symptoms than adults but that evidence on susceptibility and transmission was as yet unclear.”

In another paper submitted to the government, scientists said: “Evidence remains inconclusive on both the susceptibility and infectivity of children, but the balance of evidence suggests that both may be lower than in adults.”

“Evidence remains inconclusive on both susceptibility and transmissibility of children, but balance of evidence suggesting both may be lower,” Viner and Eggo said.

“Serological studies are starting to be available on child infection history with some suggesting low rates of infection,” they said. “These must be interpreted with caution.”

Evidence cited in the April 29 document:

Password: I Was Ready to Groan Through NBC’s Revival, But… It’s Good — and Host Keke Palmer Is Great
A Lady for a Duke
Grammy Award Winning DJ and Producer Kid Capri On- Air With Brandon Jay Podcast
From Haute Couture to Haute Cuisine
‘You can’t heat your home with hope’: Sunak unveils plan to slash energy bills for millions