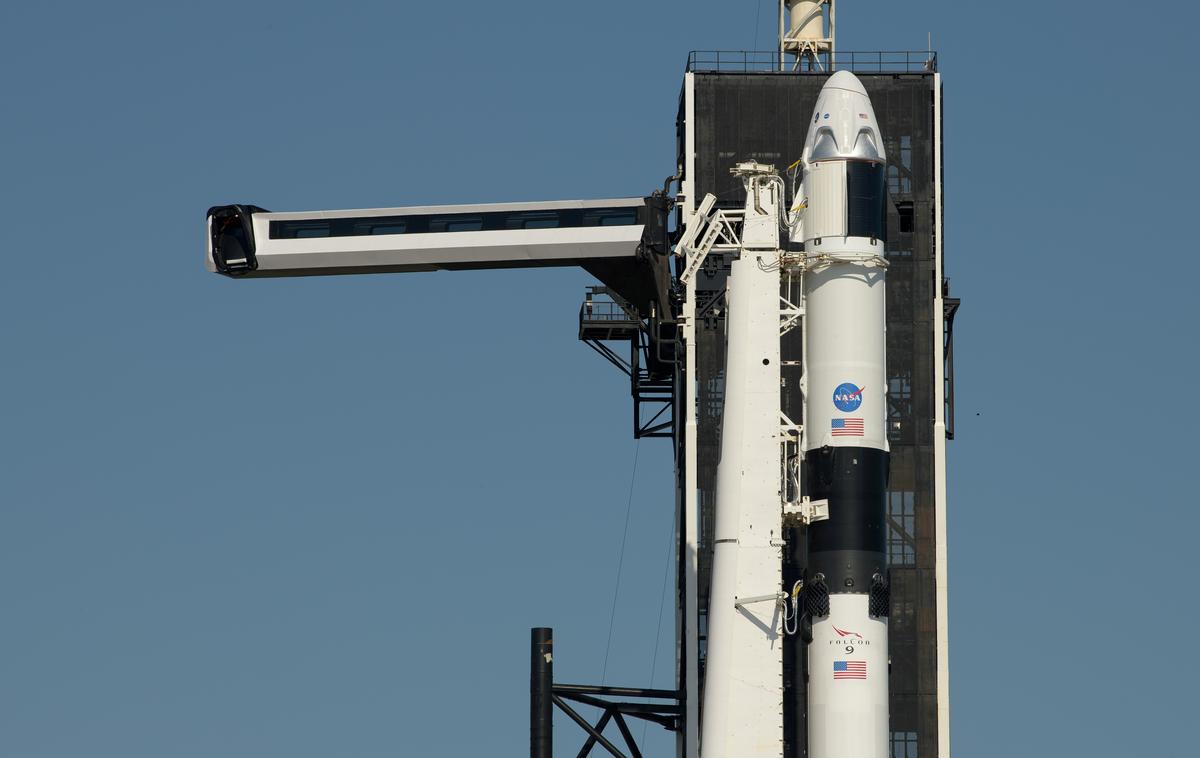 FILE PHOTO: The crew access arm is swung into position to a SpaceX Falcon 9 rocket with the company’s Crew Dragon spacecraft onboard on the launch pad at Launch Complex 39A at NASA’s Kennedy Space Center as preparations continue for the Demo-2 mission to the International Space Station, in Cape Canaveral, Florida, U.S. May 21, 2020. NASA/Bill Ingalls/Handout via REUTERS.

California-based SpaceX’s Crew Dragon capsule carrying astronauts Doug Hurley and Bob Behnken and its Falcon 9 rocket is due to lift off at 4:33 p.m. EDT (2033 GMT) on Wednesday from the same launch pad used by NASA’s last space shuttle mission in 2011.

For Musk, SpaceX and NASA, a safe flight would mark a milestone in the quest to produce reusable spacecraft that can make space travel more affordable. Musk is the founder and CEO of SpaceX and CEO of Tesla Inc.

“Bob and I have been working on this program for five years, day in and day out,” Hurley, 53, said as he and Behnken, 49, arrived at the Kennedy Space Center from Houston last week. “It’s been a marathon in many ways, and that’s what you’d expect to develop a human-rated space vehicle that can go to and from the International Space Station.”

NASA, hoping to stimulate a commercial space marketplace, awarded $3.1 billion to SpaceX and $4.5 billion to Boeing Co to develop dueling space capsules, experimenting with a contract model that allows the space agency to buy astronaut seats from the two companies.

Boeing’s CST-100 Starliner capsule is not expected to launch its first crew until 2021.

SpaceX successfully tested Crew Dragon without astronauts last year in its first orbital mission to the space station. That vehicle was destroyed the following month during a ground test when one of the valves for its abort system burst, causing an explosion that triggered a nine-month engineering investigation that ended in January.

Reporting by Joey Roulette in Washington; Editing by Greg Mitchell and Will Dunham