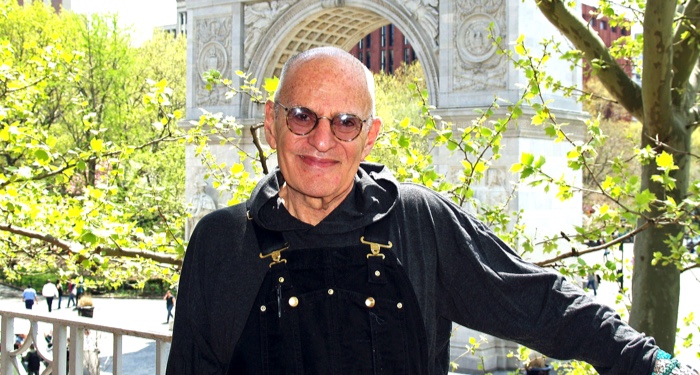 Jewish American writer and LGBTQ+ activist Larry Kramer died today in New York City at the age of 84. The cause of death was pneumonia; Kramer had been HIV+ since 1988.

Kramer’s debut novel came in 1978 with Faggots. This well-researched but controversial portrayal of gay life in Manhattan and Fire Island went on to be one of the best-selling gay novels of all time.

Kramer became involved with activism in 1981 at the beginning of the HIV/AIDS crisis with the founding of Gay Men’s Health Crisis. Kramer’s activism style has been called aggressive and confrontational, but as he himself said to Newsday in 1992, “Sure I have a temper…It happens when you’ve seen so many of your friends die.” However, this style led to him being removed from Gay Men’s Health Crisis leadership. This episode of his life and HIV/AIDS activism was immortalised in Kramer’s highly acclaimed play The Normal Heart, which premiered in 1985.

In 1987, Kramer was behind the founding of AIDS Coalition To Unleash Power (ACT UP), a radical direct action group working to end the AIDS pandemic. ACT UP’s die-ins and other street action caused disruption to government offices and the Roman Catholic Church in their campaigns. They remain an important HIV/AIDS direct action group.

Kramer’s other written works include the 1989 nonfiction Reports from the Holocaust: The Making of an AIDS Activist and the 1992 play The Destiny of Me. At the time of his death, he was working on a play inspired by the current COVID-19 pandemic called An Army of Lovers Must Not Die.

Kramer’s obituary in The New York Times led to instant outrage in the LGBTQIA+ community for categorizing him as “abusive” (they have since changed this descriptor to “confrontational”). It is worth noting that Kramer himself criticised the NYT for their almost total lack of reporting on the HIV/AIDS Crisis. During the first 19 months of the epidemic, the NYT wrote about it seven times, compared with 54 articles within 3 months of the 1982 Tylenol scare (statistics taken from Kramer’s The Normal Heart).

Larry Kramer’s writing and activism cannot be overstated in their far-reaching and life-saving importance in responding to HIV/AIDS. May he rest in power.

Today In Books Newsletter
Sign up to Today In Books to receive daily news and miscellany from the world of books.
Thank you for signing up! Keep an eye on your inbox.