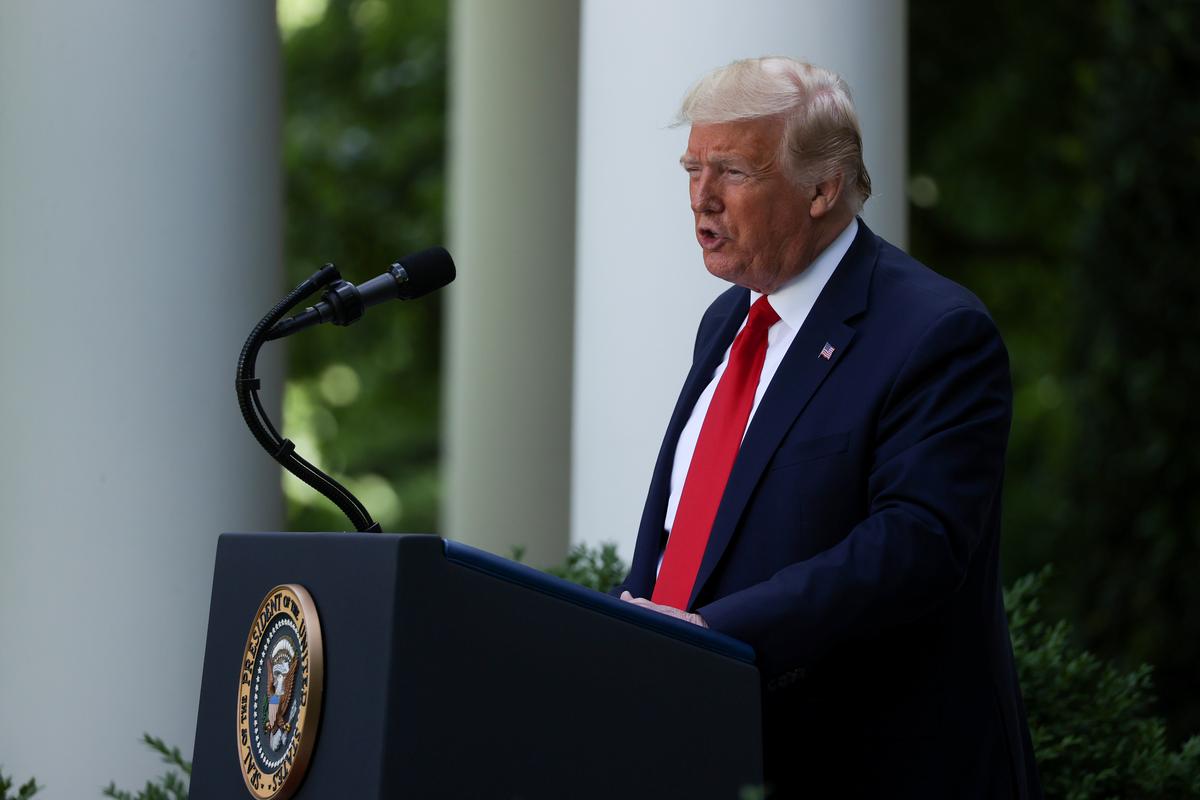 U.S. President Donald Trump speaks about negotiations with pharmaceutical companies over the cost of insulin for U.S. seniors on Medicare at an event in the Rose Garden at the White House during the coronavirus disease (COVID-19) outbreak in Washington, U.S. May 26, 2020. REUTERS/Jonathan Ernst

WASHINGTON (Reuters) – U.S. President Donald Trump on Wednesday threatened to regulate or shut down social media companies, one day after Twitter Inc (TWTR.N) for the first time added a warning to some of his tweets prompting readers to fact check the president’s claims.

Trump, without offering any evidence, reiterated his accusations of political bias by such technology platforms, tweeting: “Republicans feel that Social Media Platforms totally silence conservatives voices. We will strongly regulate, or close them down, before we can ever allow this to happen.”

Representatives for Twitter and Facebook could not be immediately reached for comment on Trump’s tweets. Shares of the companies were down in pre-market trading following his posts.

In the pair of early morning posts, the Republican president again blasted mail-in ballots. Trump posted similar tweets about the ballot topic on Tuesday, which had moved Twitter to add a blue exclamation mark alert underneath those tweets to warn his claims were false and had been debunked by factcheckers.

The dramatic shift by the tech company, which has tightened its policies in recent years amid criticism that its hands-off approach has allowed misinformation to thrive, had prompted Trump to accuse it of interfering in the upcoming U.S. presidential election.