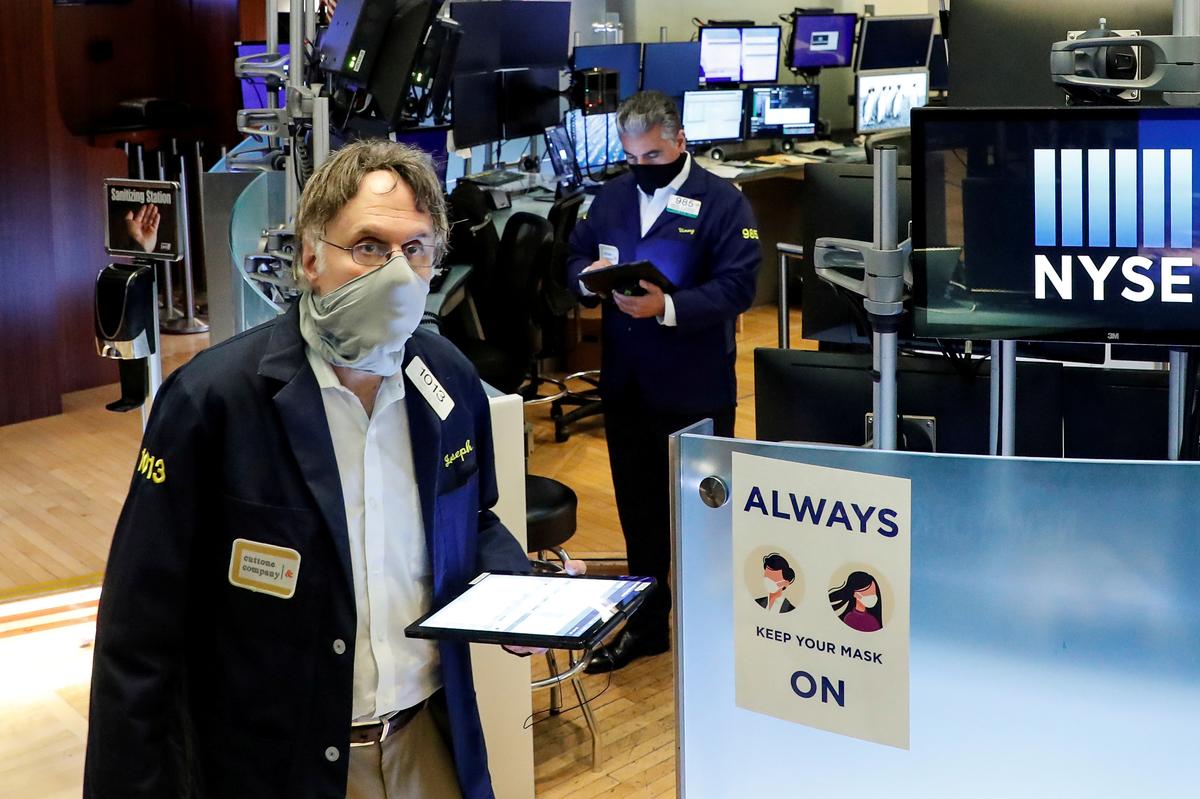 (Reuters) – Wall Street’s major indexes were set for another session of gains on Wednesday as a revival in business activity drove hopes of an economic recovery, eclipsing concerns over simmering tensions between the United States and China.

Traders wearing masks work, on the first day of in person trading since the closure during the outbreak of the coronavirus disease (COVID-19) on the floor at the New York Stock Exchange (NYSE) in New York, U.S., May 26, 2020. REUTERS/Brendan McDermid

Travel-related stocks, which were among the worst hit in the sell-off earlier this year, continued to outperform.

The easing of lockdowns, optimism about an eventual COVID-19 vaccine and the unprecedented monetary and fiscal stimulus have powered a recent rally, helping the S&P 500 .SPX end at its highest level since early March on Tuesday.

However, Sino-U.S. worries dented the sentiment late in the session and the benchmark index closed short of 3,000 points, a key psychological level, and below its 200-day moving average, which has acted as a resistance level.

President Donald Trump said the United States would announce its response to China’s planned national security legislation for Hong Kong before the end of the week.

“The market’s ability to compartmentalize U.S.-China tensions away from the bullish for risk reopening narrative, is a testament to the incredulous amounts of stimulus provided by central banks and government around the world,” said Stephen Innes, chief market strategist at financial services firm AxiCorp.

Planemaker Boeing Co (BA.N) is expected to announce U.S. job cuts this week, people briefed on the plans and a union said. Its shares rose 3.1%.

Walt Disney Co (DIS.N) was set to announce its proposal for a phased reopening of its Orlando, Florida, theme parks to a local task force on Wednesday. Disney shares gained 2.5%.

Reporting by Medha Singh in Bengaluru; Editing by Arun Koyyur