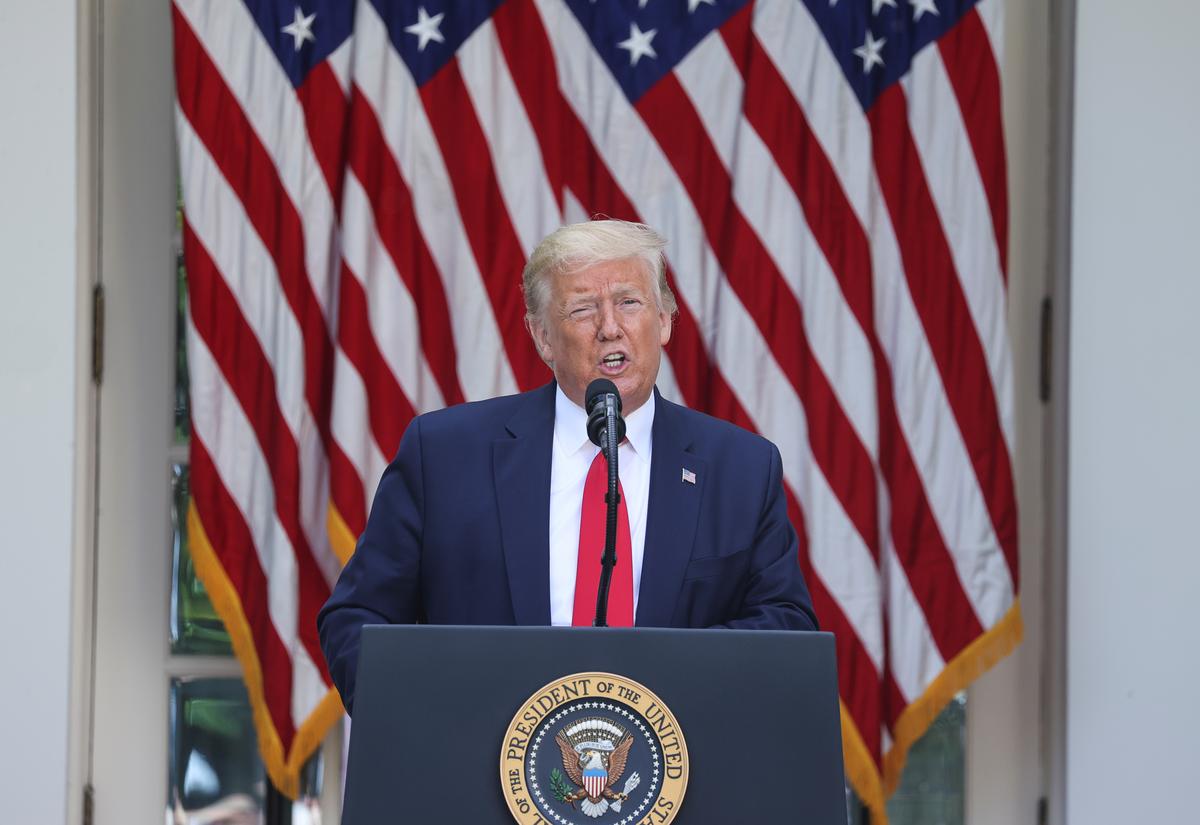 WASHINGTON (Reuters) – U.S. President Donald Trump is expected to order a review of a law that has long protected Twitter, Facebook and Alphabet’s Google from being responsible for the material posted by their users, according to a draft executive order and a source familiar with the situation.

News of the order comes after Trump threatened to shut down websites he accused of stifling conservative voices. It follows a dispute with Twitter after the company decided to tag Trump’s tweets about unsubstantiated claims of fraud in mail-in voting with a warning prompting readers to fact-check the posts.

The order, a draft copy of which was seen by Reuters, could change before it is finalized. On Wednesday, officials said Trump will sign an executive order on social media companies on Thursday. It was not, however, listed on Trump’s official schedule for Thursday released by the White House.

Twitter’s shares were down over 4 percent in pre-market trade on Thursday. Facebook fell nearly 2 percent and Google was down 1 percent.

Twitter Chief Executive Jack Dorsey said on the company’s website late Wednesday that the president’s tweets “may mislead people into thinking they don’t need to register to get a ballot. Our intention is to connect the dots of conflicting statements and show the information in dispute so people can judge for themselves.”

Steve DelBianco, president of NetChoice, a trade group that counts Twitter, Facebook and Google among its members, said “The president is trampling the first amendment by threatening the fundamental free speech rights of social media platforms.”

The administration’s move “emboldens foreign governments to control online expression,” he said in a statement on Thursday.

The executive order would call for the Federal Communications Commission (FCC) to propose and clarify regulations under Section 230 of the Communications Decency Act, a federal law largely exempting online platforms from legal liability for the material their users post. Such changes could expose tech companies to more lawsuits.

The order asks the FCC to examine whether actions related to the editing of content by social media companies should potentially lead to the firms forfeiting their protections under section 230.

It requires the agency to look at whether a social media platform uses deceptive policies to moderate content and if its policies are inconsistent with its terms of service.

The draft order also states that the White House Office of Digital Strategy will re-establish a tool to help citizens report cases of online censorship. The tool will collect complaints of online censorship and submit them to the Department of Justice and the Federal Trade Commission (FTC).

It requires the FTC to look into whether complaints violate the law, develop a report describing such complaints and make the report publicly available.

The FCC and the FTC did not immediately respond to a request for comment. In an interview with Fox News Channel on Wednesday, FCC Commissioner Brendan Carr said Twitter has decided “to engage the president of the United States with its own partisan, political viewpoint.”

The draft order also requires the attorney general to establish a working group including state attorneys general that will examine the enforcement of state laws that prohibit online platforms from engaging in unfair and deceptive acts.

Federal spending on online advertising will also be reviewed by U.S. government agencies to ensure there are no speech restrictions by the relevant platform.

Flats Are Cute, Actually
Calls for emergency increase to Universal Credit as report finds some families £1,600 worse off
TLC’s Chilli Spotted on Beach in Hawaii with Matthew Lawrence
Sam Asghari, Britney Spears Attack Kevin Federline For Saying Sons Avoid Her
Why creating a horror movie haven on Netflix may be a smart move for the streaming giant