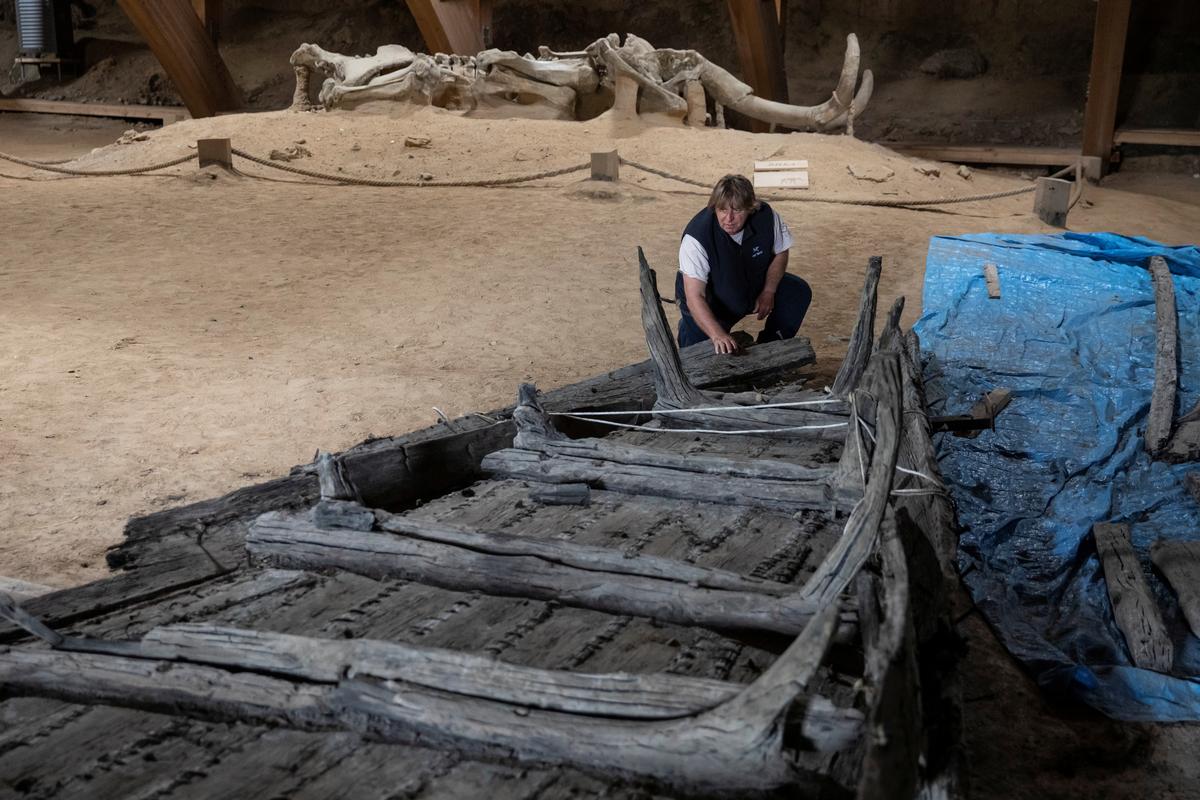 Archaeologist Miomir Korac looks at 9 metre-long front section of a wooden Roman ship dated to the 3rd century AD, at the ancient city of Viminacium, near Kostolac, Serbia, May 28, 2020. REUTERS/Marko Djurica

BELGRADE (Reuters) – As the sun sank over a vast opencast coal mine in eastern Serbia earlier this month, a small crane eased the front half of a Roman ship from the steep sides of the pit.

An excavator cutting through the coal rich soil had pulled out some muddy timber weeks before, but coronavirus restrictions had meant the retrieval had to wait.

The ship was part of Viminacium, a sprawling Roman city of 45,000 people with a hippodrome, fortifications, a forum, palace, temples, amphitheatre, aqueducts, baths and workshops.

Lead archaeologist Miomir Korac said the vessel dated from the 3rd century AD when Viminacium was the capital of the Roman province of Moesia Superior and near a tributary of the Danube river.

“A Roman (river) fleet was based here to defend this region from barbarian invasions,” he told Reuters. “Such findings of Roman ships are really rare, especially in such a good condition where one could see how the boat was built.”

The ship originally measured 19 meters. It had a flat bottom, six pairs of oars and fittings for a triangular sail. The nine-metre front section had thick wooden sides and was discovered along with the remains of two smaller boats.

It will eventually go on display with some of tens of thousands of other artefacts unearthed from the site near the town of Kostolac, some 70 km (45 miles) east of Belgrade.

They include golden tiles, jade sculptures, mosaics and frescos, along with 14,000 tombs and the remains of three mammoths. The archaeologists are now working on what they believe to be the headquarters of a Roman general.

Excavations of Viminacium have been going on since 1882, but the archaeologists estimate that they have only covered 4% of the site, which they say is 450 hectares – bigger than New York’s Central Park – and rare in not being buried under a modern city.