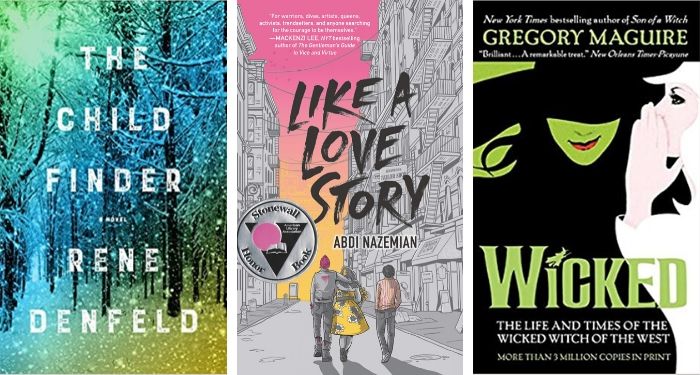 The Confessions of Frannie Langton by Sara Collins for $3.99

True Grit by Charles Portis for $1.99

The Great Believers by Rebecca Makkai for $1.99

Call Your Daughter Home by Deb Spera for $3.99

Hitting a Straight Lick with a Crooked Stick by Zora Neale Hurston for $4.99

The Poet X by Elizabeth Acevedo for $2.99

The Seven or Eight Deaths of Stella Fortuna by Juliet Grames for $2.99

Nothing to See Here by Kevin Wilson for $4.99

And Then There Were None by Agatha Christie for $2.99

Medium Raw by Anthony Bourdain for $3.99

The Henna Artist by Alka Joshi for $4.99

And the Mountains Echoed by Khaled Hosseini for $1.99

Intercepted by Alexa Martin for $1.99

This Savage Song by Victoria Schwab for $1.99

My Lady Jane by Cynthia Hand, Brodi Ashton, and Jodi Meadows for $1.99

Into the Water by Paula Hawkins for $1.99

How to Change Your Mind by Michael Pollan for $1.99

Girl in Translation by Jean Kwok for $1.99

Kitchens of the Great Midwest by J. Ryan Stradal for $1.99

An Indigenous Peoples’ History of the United States by Roxanne Dunbar-Ortiz for $2.99

The Beauty of the Moment by Tanaz Bhathena for $2.99

Strange Practice by Vivian Shaw for $2.99

I Am Not Your Perfect Mexican Daughter by Erika L. Sánchez for $2.99

Unfollow by Megan Phelps-Roper for $2.99

A Brief History of Seven Killings by Marlon James for $1.99

Bloodleaf by Crystal Smith for $2.99

The Heartbeat of Wounded Knee by David Treuer for $2.99

A Treacherous Curse by Deanna Raybourn by $2.99

The Magicians by Lev Grossman for $1.99

Aurora Rising by Amie Kaufman and Jay Kristoff for $1.99

A Princess in Theory by Alyssa Cole for $2.99

A Study in Scarlet Women by Sherry Thomas for $2.99

From stage to page
‘May the Force be with you’: PM ‘sad’ as Javid to step down at next general election
Jeffrey Epstein’s estate agrees to pay $105m to US Virgin Islands
Tech layoffs send visa holders on frantic search for employment to avoid deportation
Best crime author of 2022 shortlist