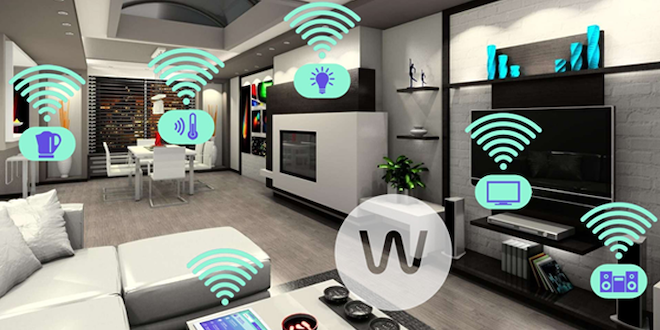 We are on the brink of a further spike in people adopting smart-home technology, with 71% of Intel customers expecting to see at least one smart-home device in every household by 2025, and with 68% expecting the next decade will herald smart-homes becoming as commonplace as smartphones are today. Think about how crucial WiFi will be and how crucial the Netgear Orbi will be in terms of seamless internet connectivity

According to a 2019 study, smart devices like tablets and smartphones reached a penetration rate of 78% in Singapore. The little city-state, often described as the world’s most digitally connected country, is often taken as a bellwether for the use and engagement of computing devices. Naturally, when the coronavirus pandemic hit and the cities of the world entered varying degrees of social isolation and self quarantine, Singapore naturally found itself ready to enter phases of Work-From-Home (WFH) and Home-Based-Learning (HBL) within a short notice.

Due to enhanced digital infrastructure, such as 4G networks and optical fibre, Singapore has one of the highest Internet penetration rates in the world – 84% compared to the regional average of 63%. Singapore ranks 1st globally when it comes to fixed Internet speed at 190.94 Mbps and so when the lockdowns occured, the in-home “system administrator” (typically the father) has become the go-to person to fix everyone’s Netflix woes and internet surf speed issues. In these modern times, WiFi has become a basic necessity and like running hot water and electricity, it’s not one of the utilities you want breaking down when everyone is stuck at home. Enter Netgear Orbi WiFi 6 AX6000. 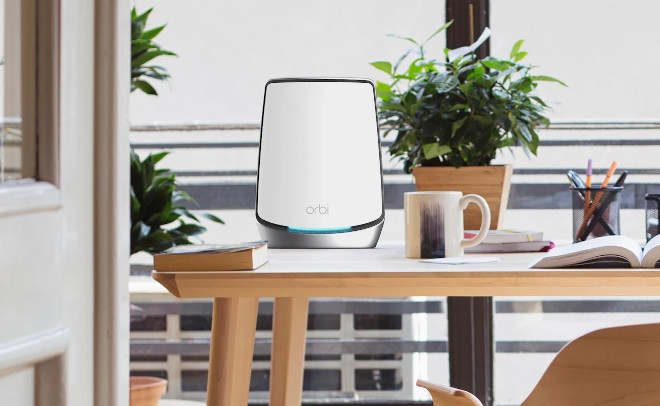 My household is thoroughly connected: Two Netflix enabled smart TVs for a family of four, each with multiple smart devices (laptops, tablets and phones). Typically, three high definition streams are running simultaneously, and that’s not inclusive of the internet browsing while high definition movies and sitcoms are streaming.

According to Netflix, the bare minimum recommended broadband connection speed is 1.5 Megabits per second; to admire Chloe Veitch’s lithe body (on Too Hot to Handle) or Captain America Chris Evan’s sculpted pecs in ultra high definition quality, you need 25 Megabits per second. Once you factor in the wife’s K-dramas, the children’s cartoons and the husband’s running commentary of Last Dance, there are only two typical “bottlenecks” – your fibre broadband speed or your WiFi network. With Netgear Orbi WiFi 6 AX6000, your home’s wireless connectivity will be the least of your issues.

Chloe Veitch, the 20-year-old British model became a fan favourite of Netflix series Too Hot to Handle for her quirky remarks, bubbly personality, and smoking hot body. The author will not confirm or deny that he has wasted brain cells on this vapid show. In a pivotal scene, Chris Evan’s Captain America co-star Hayley Atwell subconsciously placed her hand on his pecs unscripted but editors left the blooper in the movie because it supported Steve Roger’s remarkable transformation

LUXUO road-tested the Netgear Orbi WiFi 6 AX6000 for a period of three weeks during the lockdown period and discovered that he not only received significantly fewer complaints e.g. “why is the internet so low?” or “Daddy, i don’t have any WiFi from this side of the bathtub”, he was also able to Work-From-Home with minimal disruption.

The Tri-band Mesh WiFi 6 system proudly screams “ultimate in smart home WiFi” on the box, with speeds up to 6 Gbps, it’s literally begging to be challenged and so, with great expectations, LUXUO set up the Orbi Tri-band Mesh WiFi 6 system: One by the living room, another in the study which separates the children’s room and the master bedroom and finally, one in the hallway – which I believed would broadcast the signal into common and master bathrooms. 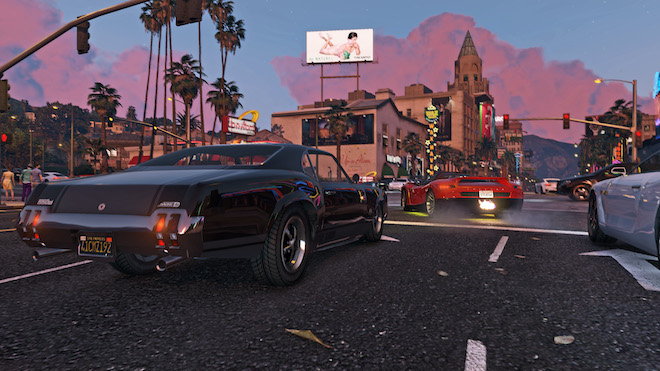 Not being able to get out means that the author has been getting out virtually in online worlds like Grand Theft Auto Online. He’s competing with other video streaming family members for bandwidth

The coronavirus lockdown has meant that where once the home was a place you only went home in the evenings for dinner and sleep, has suddenly become both workplace and nexus for entertainment. Truth be told, my household is a growing minority in an era when smart assistants like Alexa are tied into  smart lights, robot vacuums, and smart kitchens, each requiring its own bandwidth: WiFi 6 means that the new Orbi supports up to 100 connected devices and when everyone is home all day, all hours, the combination of 4 individuals, often on 2 devices (combination of iPad, TV or phone or laptop), means that data management has become especially crucial; this is where Netgear Orbi WiFi 6 AX6000 proves that it is future ready.

Also known as known as “AX WiFi”, Wi-Fi 6 is the next generation standard in WiFi technology, building upon the current 802.11ac WiFi standard in response to the growing number of devices in the world. Remember how back in the day bedrooms used to come with one power socket and today they come with 3 sockets and an ethernet port for LAN connections? Same thing. Yes, it’s true, that if you’re not buying the latest smartphone each year, there’s a good chance that your pre-2019 smartphones and tablet devices are not WiFi 6 ready but that doesn’t mean the household doesn’t benefit from superior bandwidth management. Netgear Orbi WiFi 6 AX6000 distributes bandwidth intelligently adjusting according to demand – this means home “system administrators” (who are usually hapless dads) no longer have to figure out throttling or prioritising bandwidth for torrents or games, there was actually plenty to go around because Netgear Orbi already had it figured out. 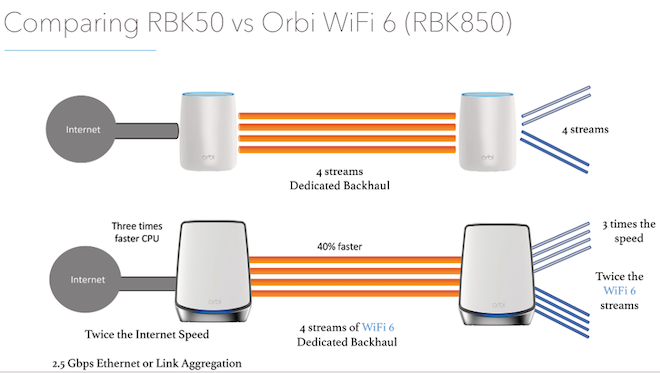 When it comes to brand name recognition, it’s hard to beat the world’s most used search engine. After all, it stands to reason that a company which figured out how to best catalogue all of the internet should know a thing or two about WiFi right? Not so fast.

While both offer an easy-to-use system that you set up and control from a simple app, Google’s next generation Nest WiFi enters the race against Netgear’s Orbi without the advantage of WiFi 6; pitting the Google Nest’s 4×4 5GHz band and 2×2 2GHz band, with no additional backhaul band against Netgear Orbi WiFi 6 AX6000’s 4×4 5GHz band and 4×4 2GHz band with additional 5GHz backhaul band.

Does the backhaul band matter?

YES. Without getting into specifics, it is a band specifically designed to transmit data between the units rather than piggyback off the regular WiFi network with the rest of your connected devices. Yes, it’s true that typically this data transmission between units is not significant but every bit (pun intended) helps. The result is not just superior speeds but also greater stability of connection around the house, translating into faster internet speeds. 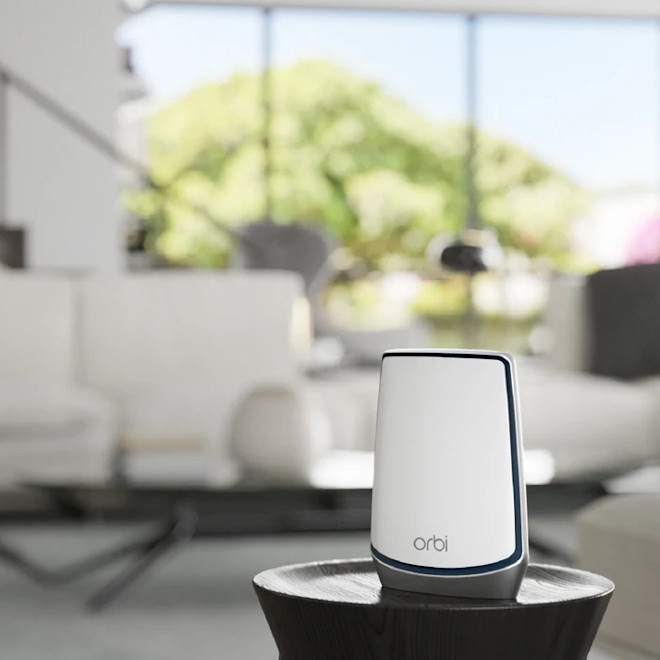 Imbued with a Quad-core CPU, 2.2GHz and 1GB RAM, if these specs sound familiar, it’s because the core of the Netgear Orbi WiFi 6 AX6000  are the guts of a decent laptop. That’s a lot of computing power for what’s meant to be a system designed to transmit WiFi signals across the house. Compared with Google’s Nest WiFi, a 1.4GHz Quad-core CPU with 1GB RAM, Netgear comes out ahead.

The speed rating and the price tag itself suggests, the AX6000 Netgear Orbi is a more powerful piece of hardware than the Nest Wifi but what was it like in real world use? Well, after 3 weeks, LUXUO can declare Netgear the definitive winner. In a small 4 room apartment with concrete walls and an intervening steel reinforced bomb shelter, the Netgear Orbi AX6000 system was able to hit near-maximum speeds in every room I tested streaming high definition videos off an iPad Pro. The Nest Wifi’s average download speeds dipped down as you moved away from the living room’s router and while the signal never dropped, you could see Netflix noticeably switching between higher and lower definitions on-screen as I crossed to corners of the house  (the master bath for example) which, for reasons unknown to me (perhaps water filled pipes in the wet wall) typically did not receive good WiFi reception. Netgear Orbi delivered a perfect 300Mbps next to the living room router and averaged around 285Mbps in all other parts of the house, the weakest point being the bath-tub while soaking in a pool of water where the speed fell to 275 mbps – a negligible drop especially when you consider that Nest was giving me 230 mbps on average outside of the living room.

I have to admit, the consumer design of the Netgear Orbi WiFi 6 can be hit or miss, some would prefer the subtle dome of Google’s Nest, while others will enjoy the look reminiscent of famous Dubai architecture – the Burj Al Arab. Curvaceous and fairly large, it was mistaken during testing by the wife as a new humidifier but really, when it comes to technology, you really want it to work out of the box.

When it was delivered to my door, installation was mad simple. I simply unplugged my existing set up from the modem and plugged the existing cables into the 2.5GB WAN port and four gigabit Ethernet jacks. The presence of Ethernet jacks also means that you can “chain” the satellite back to the router with a wired connection for faster speeds if you happen to live in a palatial mansion. Google Nest is obviously designed with Silicon Valley apartments in mind so it doesn’t share the same Ethernet jacks. 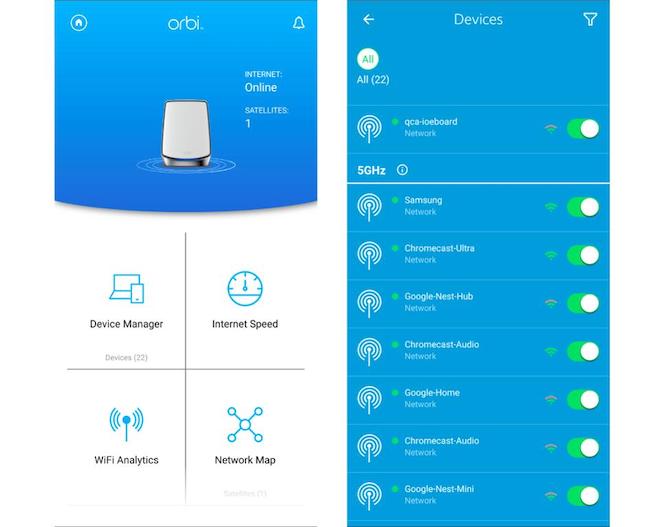 Like many modern WiFi mesh setups, the Orbi 6 system can be set up and managed entirely using Android and iOS apps and while the router can also be managed via IP address entered on a web browser on an already connected device. However, parents with pre-teens might decry that the app is a little too simple with they want to enable parental controls. That said, it’s not common practice to set parental limits on your WiFi set up anyway, you’re more like to simply enable them on specific devices; hence, this is more a nitpick than an actual criticism.

Ultimately, the Netgear Orbi WiFi 6 AX6000 is a bit pricier than Google Nest and most of the competition but what you really pay for, is not just the additional 5GHz backhaul band and WiFi 6, you’re paying for a piece of technology that’s ready for the future. When others are buying a new WiFi mesh set up, you’re still chugging along with Netgear just fine for the next two years, chances are, you would have made your money back but not having to upgrade so soon. 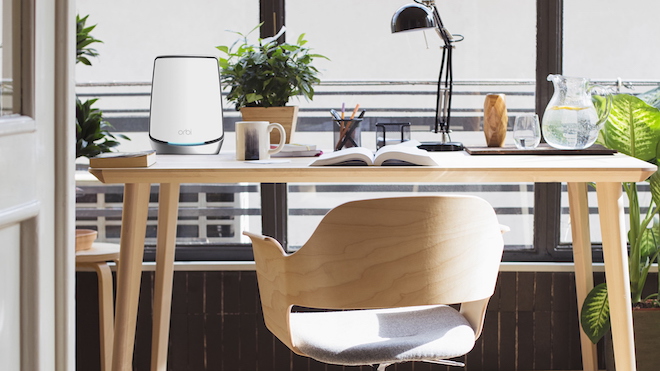