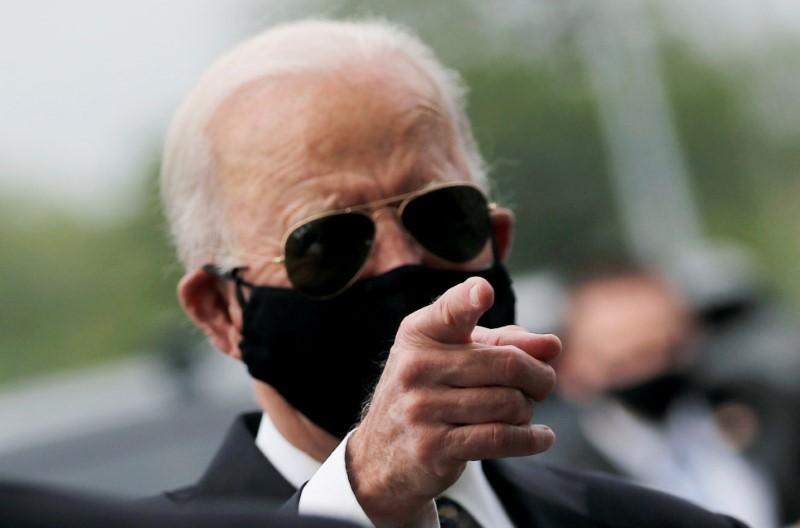 (Reuters) – Democratic presidential candidate Joe Biden on Sunday toured the site of one of the protests that ripped through U.S. cities overnight and called for protesters against police brutality not to turn to violence.

Biden, wearing a face mask, made his second appearance outside his Delaware home since the coronavirus crisis hit in March, visiting an area in Wilmington where demonstrators vented outrage at the death of a black man shown on video gasping for breath as a white Minneapolis policeman knelt on his neck.

A campaign post on Instagram showed Biden speaking with African American residents and inspecting buildings boarded up to prevent damage hours after he issued a statement that “we are a nation in pain, but we must not allow this pain to destroy us.”

“Protesting such brutality is right and necessary,” Biden said in the statement emailed shortly after midnight. “But burning down communities and needless destruction is not.”

Lewis, who in 1965 was beaten unconscious by Alabama state troopers during a march for voting rights, called for protesters to “be constructive, not destructive,” though he said he knows their pain.