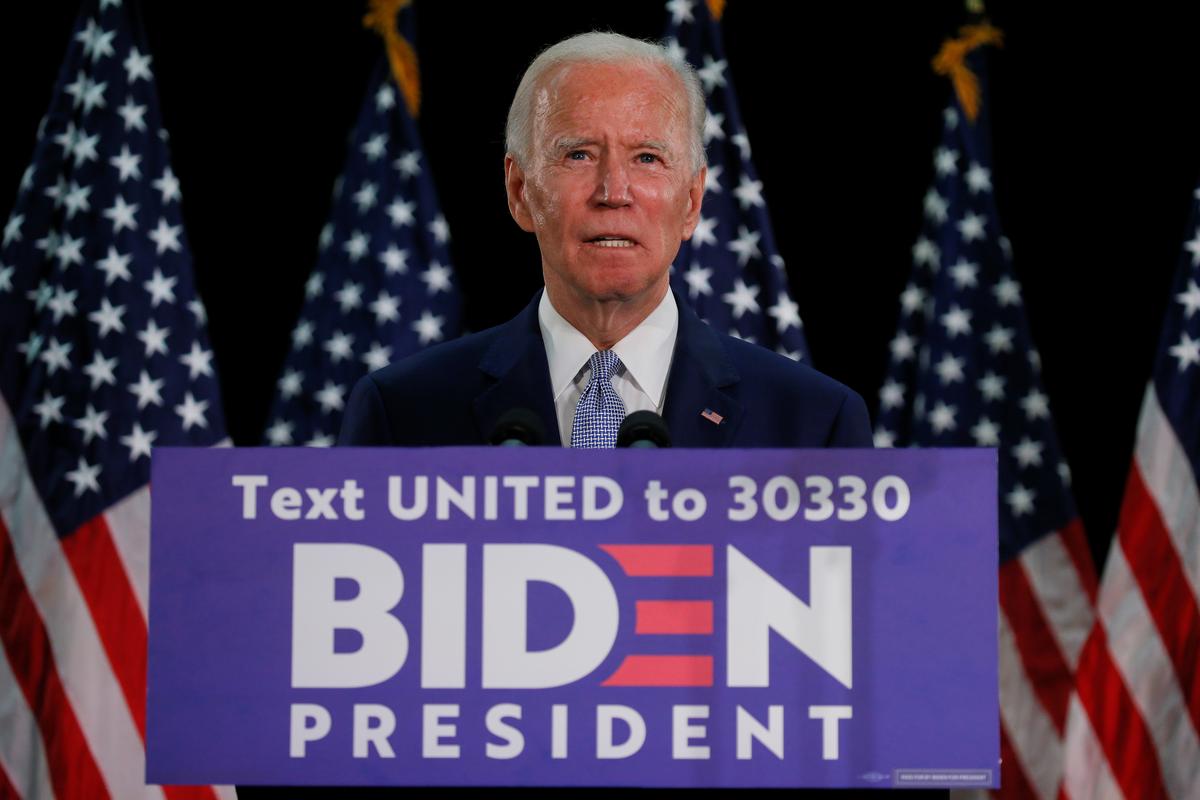 The Associated Press and CBS News both projected that Biden passed the 1,991 delegates he needs to be chosen as nominee at the party’s national convention, with contests still to come in eight states and three U.S. territories. bit.ly/3dBS7ve

Biden won the delegates after seven states and the District of Columbia held presidential primaries on Tuesday.

“It was an honor to compete alongside one of the most talented groups of candidates the Democratic party has ever fielded — and I am proud to say that we are going into this general election a united party,” Biden said in a statement.

“I am going to spend every day between now and November 3rd fighting to earn the votes of Americans all across this great country so that, together, we can win the battle for the soul of this nation, and make sure that as we rebuild our economy, everyone comes along,” he said.

Reporting by Rama Venkat in Bengaluru and Trevor Hunnicutt in New York; Editing by Robert Birsel