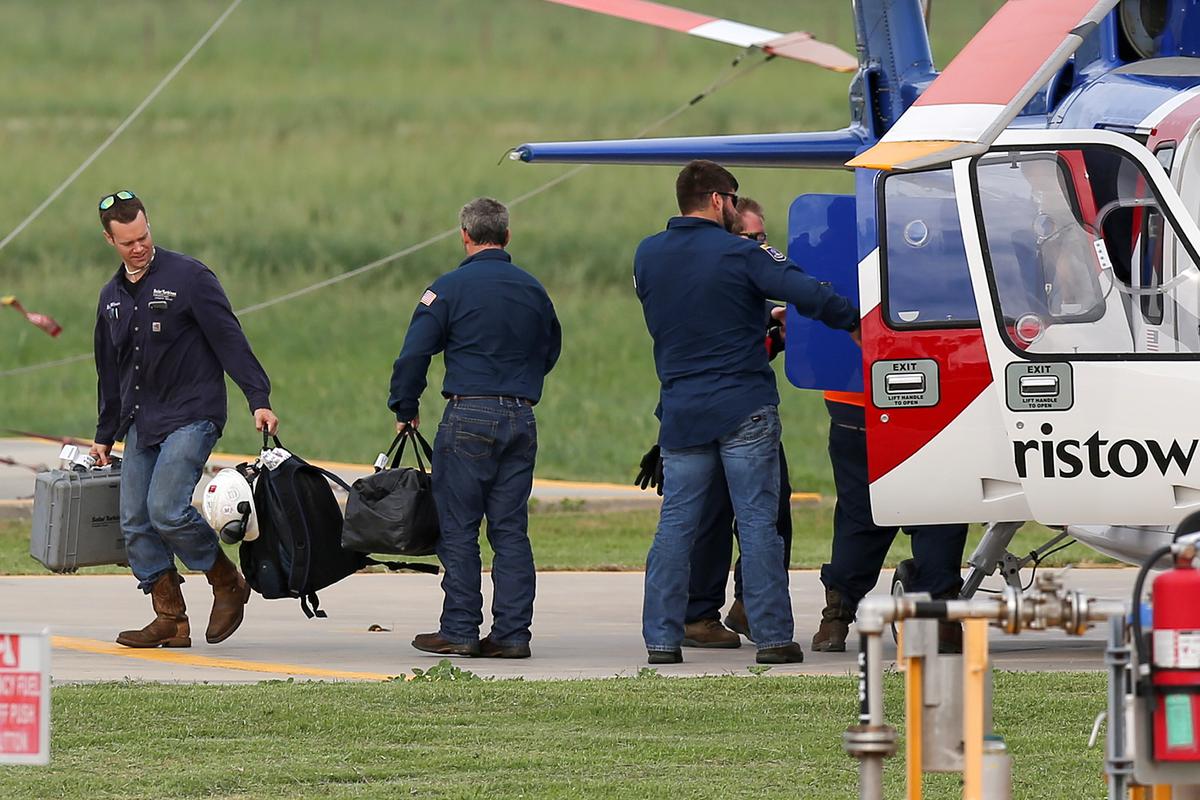 Workers disembark from a helicopter after being evacuated from oil production platforms ahead of Tropical Storm Cristobal, at Bristow Galliano Heliport in Galliano, Louisiana, U.S. June 6, 2020. REUTERS/Jonathan Bachman

HOUSTON (Reuters) – Tropical Storm Cristobal moved through the U.S. Gulf of Mexico on Saturday carrying strong winds and heavy rains that prompted the evacuation of a coastal Louisiana community and dozens of offshore oil platforms.

Cristobal packing winds of 50 miles per hour (85 km) is expected to strengthen somewhat before making landfall late Sunday along the Louisiana coast, according to the U.S. National Hurricane Center (NHC).

Grand Isle, a barrier island on the Louisiana coast, was under a mandatory evacuation, ahead of a storm surge expected to be as much as 3 feet to 5 feet (1.5 meters). The early season storm is not expected to become a hurricane but its heavy rains could cause flash flooding in the central Gulf Coast, NHC forecasters said.

The nine Louisiana oil refineries in the path of Cristobal plan to keep operating through rains and high winds expected to sweep over an area between Baton Rouge and New Orleans, according to people familiar with the matter.

Combined capacity of the nine refineries is about 12% of the U.S. national total of 18.8 million barrels per day (bpd). U.S. Gulf of Mexico platforms account for about 1.93 million bpd, or about 15% of the U.S. total daily oil production.

Exxon Mobil, Royal Dutch Shell Plc and PBF Energy prepared their Louisiana refineries to keep operating by removing any equipment and items that might be blown around in high winds, the people said.

The storm on Saturday morning was about 365 miles south of the mouth of the Mississippi River and traveling north at about 14 mph, according to the NHC.