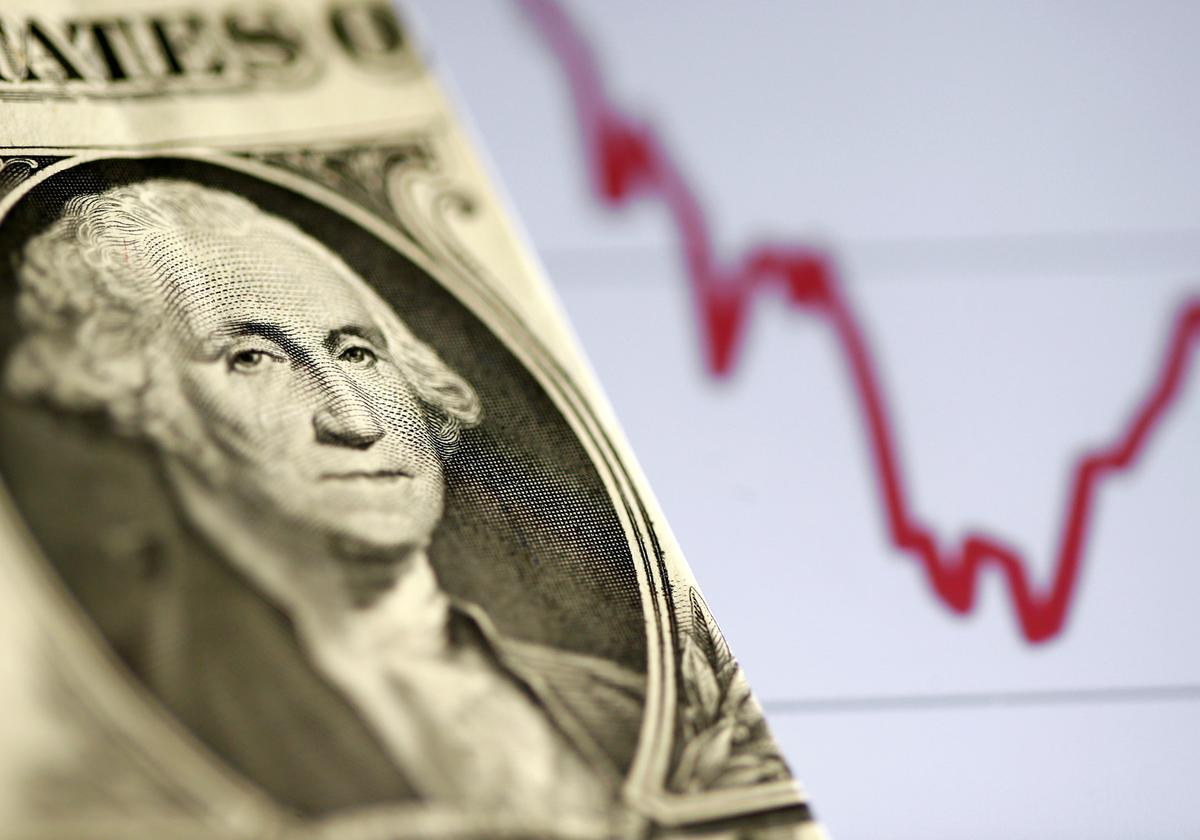 FILE PHOTO: A U.S. dollar note is seen in front of a stock graph in this November 7, 2016 picture illustration. REUTERS/Dado Ruvic/Illustration/File Photo

Low interest rates as central banks support the global economy and the rapid rebound from the lows in March are leading investors to turn to margin accounts, where they borrow money from the brokerage to buy assets, in order to boost profits, several bankers familiar with the matter said.

Overall debit balances in customers’ securities margin accounts in the United States, which includes both retail and institutional margin lending, rose to $525 billion in April, up from $479 billion in March, according to data from the Financial Industry Regulatory Authority. The balance is still below the $562 billion at the beginning of the year.

While clients were not returning to margin borrowing at the level they were before the crash, “things are better than a month back,” said Murtuza Rasiwala, Americas head of banking, custody, escrow and margin and securities-backed financing at Citigroup Inc (C.N).

Rasiwala said that there were “certain pockets where clients who did not have any additional liquidity to pump in had to liquidate their portfolio.” However, he said that the rebound happened quickly “so clients who had liquidity on the side could support the portfolio for that brief period.”

Adam Holtzschue, head of core banking for Wells Fargo Wealth and Investment Management, said the “market disruption was challenging to anyone who had exposure, long or short,” but added that clients’ use of leverage was “conservative”.

Some investors saw the market crash as a buying opportunity.

U.S. stocks rebounded rapidly from their March lows, with the Nasdaq posting a record closing high on Monday and the S&P 500 Index around 4.5% below its record high.

In another sign of appetite for risk, single-stock lending—often deemed a more high-risk business—appears to remain attractive. Philipp Wehle, the head of Credit Suisse’s (CSGN.S) international wealth management division, said such lending was still on offer, with the unit recently undertaking a major single-stock transaction with a long-standing emerging market client.

The renewed interest since the market crash is good news for banks, which typically make money from both the loans they give investors and the fees they charge them. But it also shows how risk is increasing in the market even as the coronavirus pandemic continues to wreak havoc on the global economy and new threats to the rally emerge.

Some investors who borrowed to buy shares were saddled with losses when markets fell earlier this year, as several banks moved quickly to liquidate collateral they held against those loans, securities lawyers and private bankers said.

“A lot of folks didn’t realize how much risk they had all these years during this bull run,” said Matt Wolper, at Wolper Law Firm in Fort Lauderdale, Florida.

Rick Ryder, founder of Securities Arbitration Commentator, said in an email last month that he expects a significant rise in customer disputes and new arbitration case filings at FINRA as a result of the market fall in February/March.

Such disputes also rose during the 2007-2009, after the financial crisis, according to FINRA data of cases filed and closed.

Still, margin lending remains a lucrative business for banks. How lucrative is hard to measure because banks do not typically break out the amount captured from such loans. It can, however, be a source of losses for banks if the markets crash. This time around, some securities lawyers and bankers familiar with the matter said banks moved quickly to liquidate collateral and minimize their losses.

Some are tightening the standards further now as margin accounts make a comeback, by being more conservative on the types of securities they lend against and the amount of leverage used, bankers said. “The March market mayhem was in a way a good wake-up call for all of us,” said a banker at a European wealth manager that manages more than $200 billion in client assets.