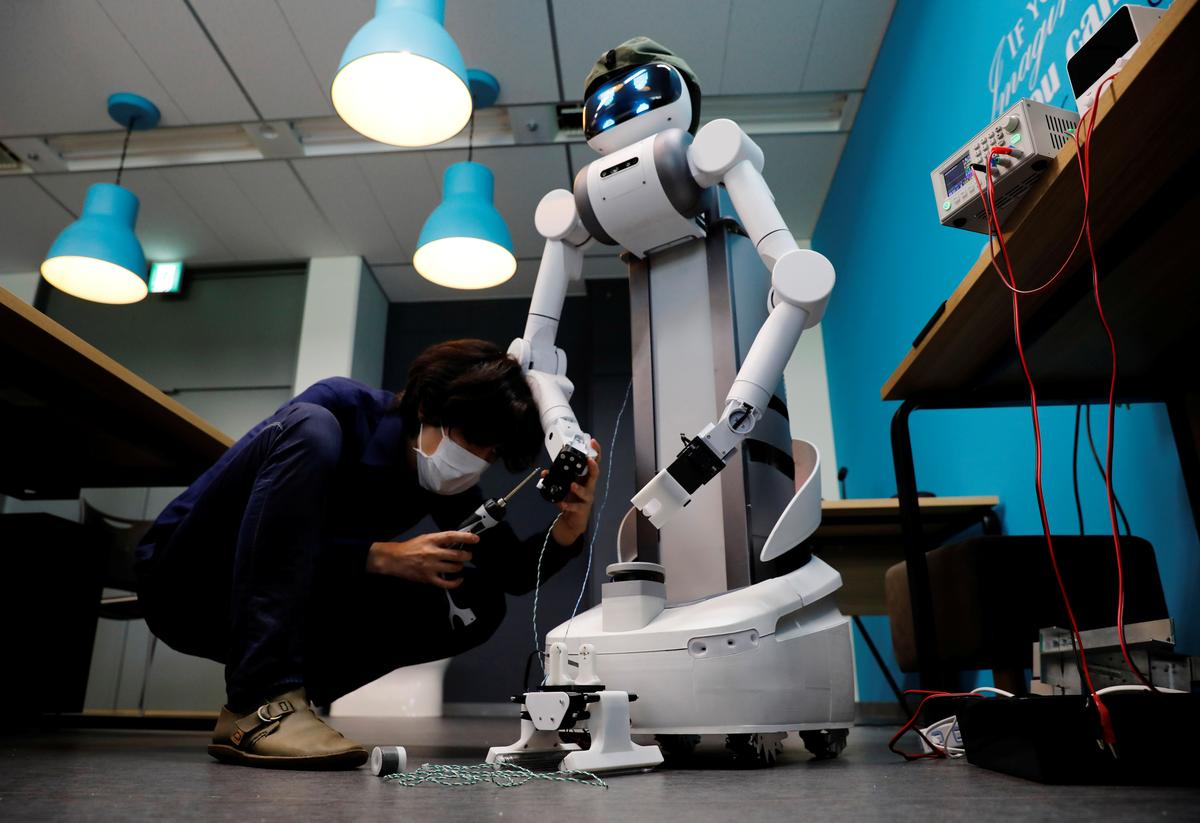 TOKYO (Reuters) – Mira Robotics developed its “ugo” robot to reinforce greying Japan’s shrinking workforce, but as the coronavirus threat persists, the Japanese startup is offering its machine as a tool in the fight against the outbreak, the company’s CEO said.

“The coronavirus has created a need for robots because they can reduce direct contact between people,” Ken Matsui told Reuters at his company’s workshop in Kawasaki, near Tokyo. “We’ve had inquiries from overseas, including from Singapore and France.”

The latest feature of the remote-controlled or so-called avatar robot is a hand attachment that uses ultraviolet light to kill viruses on door handles.

An unprecedented population decline that is shrinking Japan’s workforce by more than half a million people a year as well as a reluctance to bring in foreign labor to fill vacant positions has spurred robot development in Japan.

The emergence of coronavirus-related demand could further that work.

Mira Robotics’ Ugo is a pair of height-adjustable robotic arms mounted on wheels, operated remotely through a wireless connection with a laptop and game controller. A range-measuring laser mounted on the base helps it navigate, while a panel at the top displays eyes to give it a friendlier appearance.

It takes around 30 minutes to learn how to use the robot, with each operator able to control as many as four machines, said Matsui. Ugo which costs around $1,000 a month to rent, can be deployed as a security guard, carry out equipment inspections and clean toilets and other areas in office buildings, he added.

Matsui’s two-year old startup so far has only one ugo operating at an office building in Tokyo.