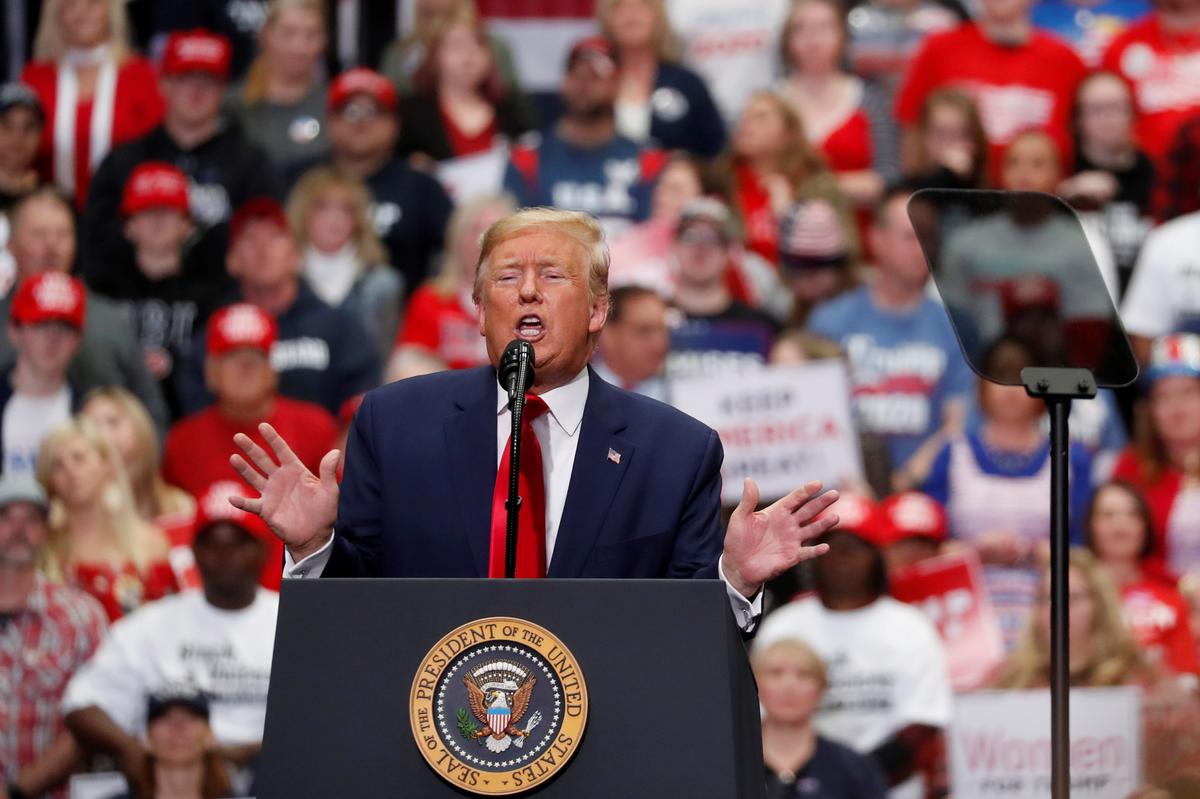 (Reuters) – U.S. President Donald Trump said on Friday he would shift the date of an Oklahoma rally from June 19th, the date of the “Juneteenth” African-American freedom day, to June 20th out of respect for the holiday marking the emancipation of slaves in Texas.

“Many of my African American friends and supporters have reached out to suggest that we consider changing the date out of respect for this Holiday, and in observance of this important occasion and all that it represents,” Trump tweeted of the Tulsa campaign rally.