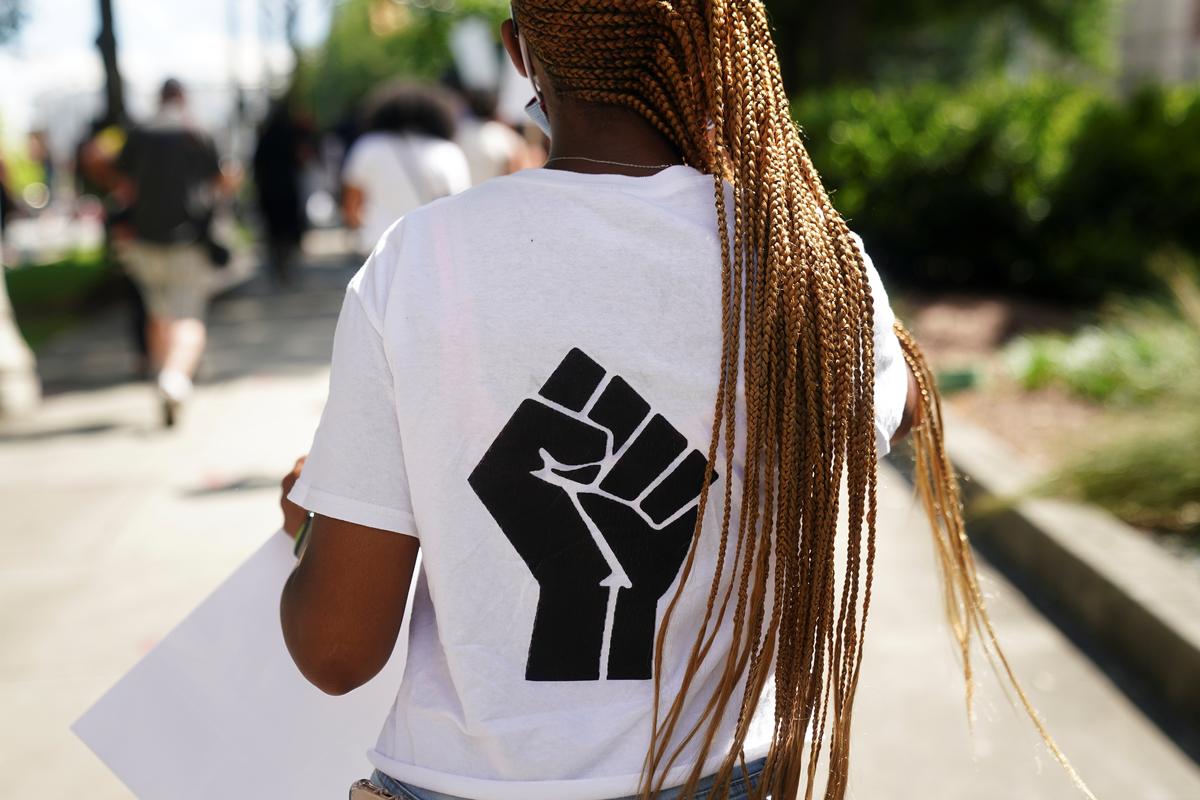 (Reuters) – Protesters shut down a major highway in Atlanta on Saturday and set fire to a Wendy’s restaurant where a black man was shot by police as he tried to escape arrest, an incident caught on video and sure to fuel more nationwide demonstrations.

The unrest broke out after dark in Atlanta, where earlier in the day Mayor Keisha Lance Bottoms said she had accepted the prompt resignation of police chief Erika Shields over the death on Friday night of 27-year-old Rayshard Brooks at the Wendy’s.

Images on local television showed the restaurant in flames for more than 45 minutes before fire crews arrived to extinguish the blaze, protected by a line of police officers. By that time the building was reduced to charred rubble next to a gas station.

Other demonstrators marched onto Interstate-75, stopping traffic, before police used a line of squad cars to hold them back.

“I do not believe that this was a justified use of deadly force and have called for the immediate termination of the officer,” Bottoms said at an afternoon news conference.

Authorities have not yet released the names of the two officers involved in the shooting, both of whom were white.

Brooks was the father of a young daughter who was celebrating her birthday on Saturday, his lawyers said. His death from a police bullet came after more than two weeks of demonstrations in major cities across the United States in the name of George Floyd, a 46-year-old black man who died on May 25 under the knee of a Minneapolis police officer.

A woman wears a shirt with a fist on it at a rally against racial inequality and the police shooting death of Rayshard Brooks, in Atlanta, Georgia, U.S. June 13, 2020. REUTERS/Elijah Nouvelage

Street protests broke out in Atlanta on Saturday near the scene of the shooting, with more than 100 people calling for the officers to be charged criminally in the case.

Police were called to the Wendy’s over reports that Brooks had fallen asleep in the drive-thru line. Officers attempted to take him into custody after he failed a field sobriety test, according to the Georgia Bureau of Investigation.

Video shot by a bystander captures Brooks struggling with two officers on the ground outside the Wendy’s before breaking free and running across the parking lot with what appears to be a police TASER in his hand.

A second videotape from the restaurant’s cameras shows Brooks turning as he runs and possibly aiming the TASER at the pursuing officers before one of them fires his gun and Brooks falls to the ground.

Brooks ran the length of about six cars when he turned back toward an officer and pointed what he had in his hand at the policeman, said Vic Reynolds, director of the GBI at a separate press conference.

“At that point, the Atlanta officer reaches down and retrieves his weapon from his holster, discharges it, strikes Mr. Brooks there on the parking lot and he goes down,” Reynolds said.

Lawyers representing the family of Brooks told reporters that Atlanta police had no right to use deadly force even if he had fired the TASER, a non-lethal weapon, in their direction.

“You can’t shoot somebody unless they are pointing a gun at you,” attorney Chris Stewart said.

Fulton County District Attorney Paul Howard, Jr., said in an emailed statement that his office “has already launched an intense, independent investigation of the incident” while it awaits the findings of the Georgia Bureau of Investigation.

Bottoms said Shields, a white woman appointed chief in December 2016, would be replaced by deputy chief Rodney Bryant, a black man who will serve as interim chief.

No new measures to help with cost of living after crisis talks between PM and energy bosses
“I will do what I can for damage control”: Abortion Information Misinformation within Oklahoma City’s METRO Library
PRH WTF: The Weirdest Quotes From the Penguin Random House Trial
Tory MP defects to team Truss as Sunak camp brands her cost of living plan ‘clear as mud’
Some consumers are cutting back on restaurant spending, but CEOs say not all chains are affected