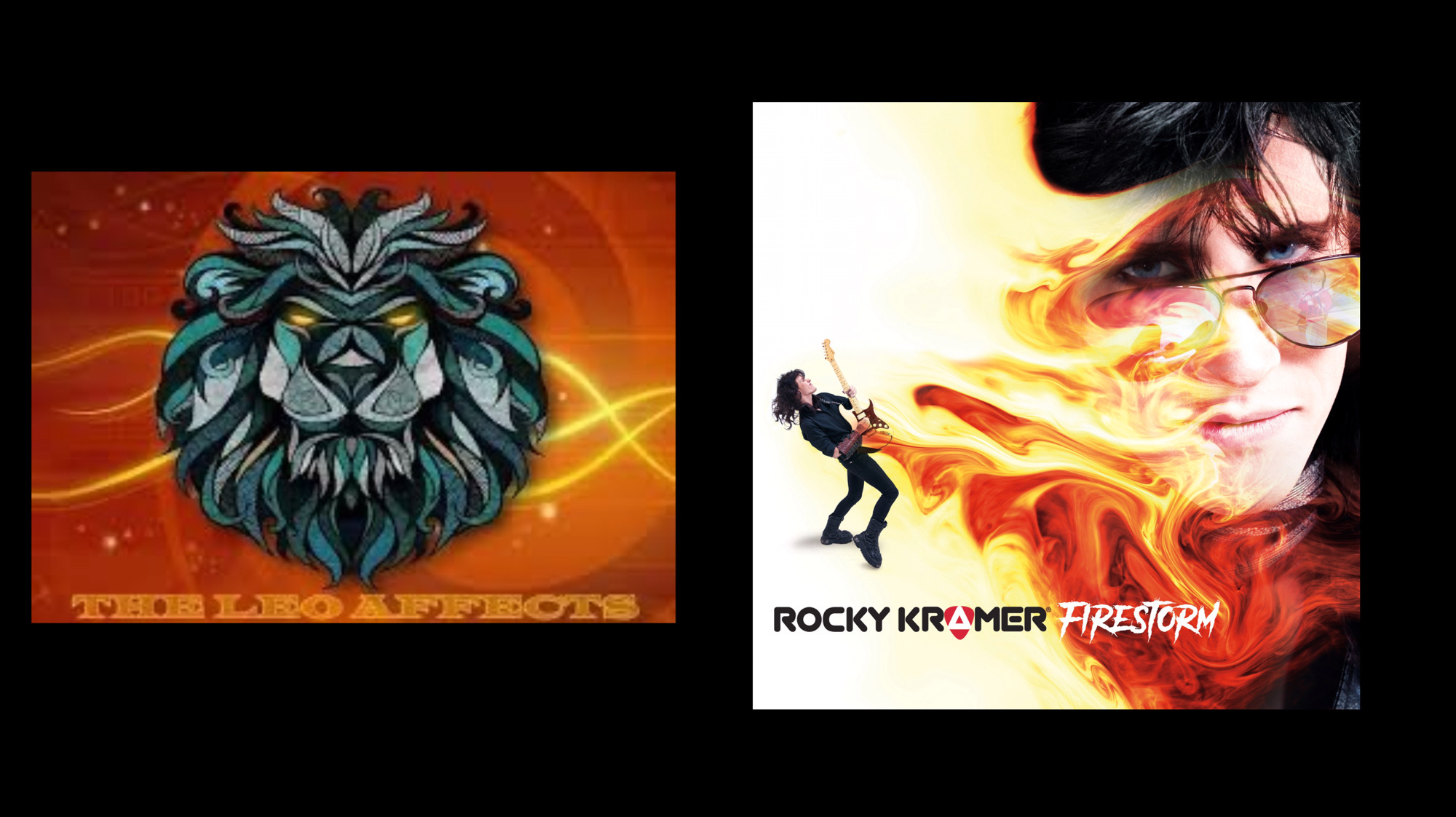 Rock Star Rocky Kramer is a featured guest of The Leo Affects hosted by Ray Rumsey.

Ray Rumsey is a podcaster and voice actor from upstate New York. He uses his podcast as a means to learn more about the lives of people that are doing and have done great things. His primary goal in his podcast is to promote the guest and enlarge their fan base. Hopefully this will bring more light to them, their goals, and any projects or agendas they may have that they would like to share with the world.

Hailing from the Scandinavian Peninsula country of Norway, Rocky Kramer is truly a modern day Viking, poised to take no prisoners as he conquers the hearts, minds and souls of rockers around the world! Armed with a guitar, this graduate of Metal 101 constitutes a triple threat as a composer, vocalist and formidable musician.

Born in the 1990’s to musician parents, few could have known that Rocky would inherit his parents’ passion for music, ultimately transforming into Norway’s ambassador of rock.  While some homes have a piano, Rocky’s home had two – one for the upstairs and another for the downstairs.  Although Rocky’s father was the first violinist in the Trondheim Symphony Orchestra, his mother was an accomplished pianist in her own right.  At the age of four, young Rocky began exploring this massive instrument. Rocky recalls “I was fascinated when I discovered I could play a melody!”  Filled with musical curiosity, the four year old began banging out rudimentary melodies that foreshadowed the composer he would become.

At the age of five, tragedy struck when Rocky’s mother succumbed to cancer, leaving Rocky, his older brother and their father to fend for themselves.  Rocky laments that “my father immediately took on the responsibility of raising two unruly boys by himself.”  Shortly after his wife’s passing, the professional violinist was attempting to teach Rocky’s brother how to play the violin.  As the older sibling unsuccessfully attempted to follow his father’s instruction, young Rocky volunteered to give it a go.  To his father’s astonishment, five year old Rocky demonstrated incredible skill as he traversed the smallest stringed instrument, with its horsehair bow.  Little did Rocky know that his adept performance that one day would lead to conflict and turmoil that would haunt him for years, while developing him into one of the most prolific composers and profound guitarists to hit the rock scene in decades.

With a budding virtuoso on his hands, Rocky’s father encouraged violin lessons and even supplemented those lessons with private tutoring from the master himself.  On one hand Rocky knew that he was lucky to have such an accomplished violinist teaching him to master his instrument – but – there was one problem.  Rocky yearned to play more contemporary instruments, such as the drums and guitar.  To a virtuoso violinist, such tools of the rock world were simply blasphemous.  For years the prodigal son played violin by day and rocked out at night on friends’ guitars and drums.  Requests for such trite instruments for birthdays and Christmas were met with a resounding “NO!”  Soon the ember became a burning desire.  Being an ardent fan of Ace Frehley, Rocky Saved his allowance, birthday offerings and all other earnings, eventually buying his first guitar – “a Les Paul Double Cut knock-off,” recalls Rocky.  It didn’t take long before Rocky discovered he was “a Fender® man;” a religion validated by his other lifelong influence, Yngwie Malmsteen – himself a Fender® worshipper.  When asked what made the guitar standout, Rocky remembers falling “in love with the guitar because of its freedom; the sounds [he] could make with an electric guitar just weren’t possible given the inherent limitations of a violin.”  Although he is also an accomplished pianist, the eighty-eights just seemed “too traditional” for his rocker tastes.  But there was one other instrument that caught Rocky’s eye – the drums.  Unsurprisingly, Rocky managed to find drum sets at school and rehearsal halls to quench his thirst for percussion, ultimately becoming an incredibly agile drummer.  The deadlock between drums and guitar was finally broken when Rocky assembled his first band.  It seems there was someone else amongst his friends who could play drums, while Rocky was the only one capable of manhandling an axe.  Rocky’s instrument of choice was then settled. 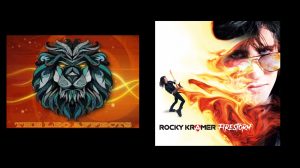 Although guitar became Rocky’s weapon of choice, the clash between father and son over that choice intensified.  But it was too late, the admiration Rocky felt for guitar was inescapable as the fire burned deeper with every passing day.  To his credit, Rocky’s father finally capitulated to his son’s mania, embracing the overall love for music over his own desire to see a son follow in his footsteps.  Throughout a couple of years, Rocky put together a number of bands, including Svidd Rock, Psycho Soldiers, Black Magic, Dark Symphony and finally Armed Science.  By the age of 16, Rocky’s bands had become legendary amongst local audiences, even racking up top honors with Armed Science at the UKM Regional Music Competition, just short of the national championship.

Having begun writing songs on the family piano at age four, Rocky literally wrote his first album at the age of 13, his second album followed a year later, with yet a third album emerging a year after that. At the age of 17 Rocky completed his fourth album. Amazingly, each are concept albums that speak to the maelstrom that often challenge youth during their formative years, as experienced by this adroit and poignant raconteur.

By the time Rocky reached high school, he and his many bands had become well known throughout Trondheim, with recognition coming in from around the country.

​Feeling a level of dedication that transcended that of his fellow band members, Rocky decided to focus on developing his skills as a singer / songwriter, making a number of appearances as a solo artist.  Picking up a keyboard and learning to record his own music enabled Rocky to begin creating music demos for his four completed albums.  With the strong background in classical music imparted on him by his father, Rocky began combining the genres of music to create his own unique sound.  What emerged might be properly classified as metal symphonies for the rock enthusiast!  After spending a year in university studying film, Rocky left for the United States to augment his already impressive English language skills.  Although Norwegian is his native language, Rocky felt from a very early age that he could best convey music in the English language.  Consequently, he now speaks English quite fluently.

​While attending school in the United States, Rocky caught the attention of the Allied Artists Music Group, who soon inked a deal with this inimitable musician.  Stephan Bauer, President of Allied Artists Music Group (Led Zeppelin and The Rolling Stones)  comments that “Rocky is the essence of modern metal, mixed with a tenacity that makes for rock legends” adding that “those of us at Allied Artists are proud to have him on the label and look forward to introducing him to today’s audiences who will find his music invigorating and his message captivating.”  Perhaps as a portent of things to come, Rocky was voted 2012’s Best New Male Rock Musician by the editors of Rock Over America Magazine and was recently welcomed as a new member of the National Academy of Recording Arts & Sciences (“The Grammys”).

Rocky has begun touring and headlining festivals with his band as he starts to present himself to wildly enthusiastic U.S. audiences.

Rocky’s first U.S. produced album, “Firestorm” was released on August 9, 2019 by Allied Artists Music Group, together with an epic music video, picking up a Best Rock Performance nomination for the 2019 Hollywood Music In Media Awards (“HMMA”).

The official website for The Leo Affects may be found at:
https://theleoaffects.wixsite.com/podcast

The official website for Rocky Kramer may be found at: