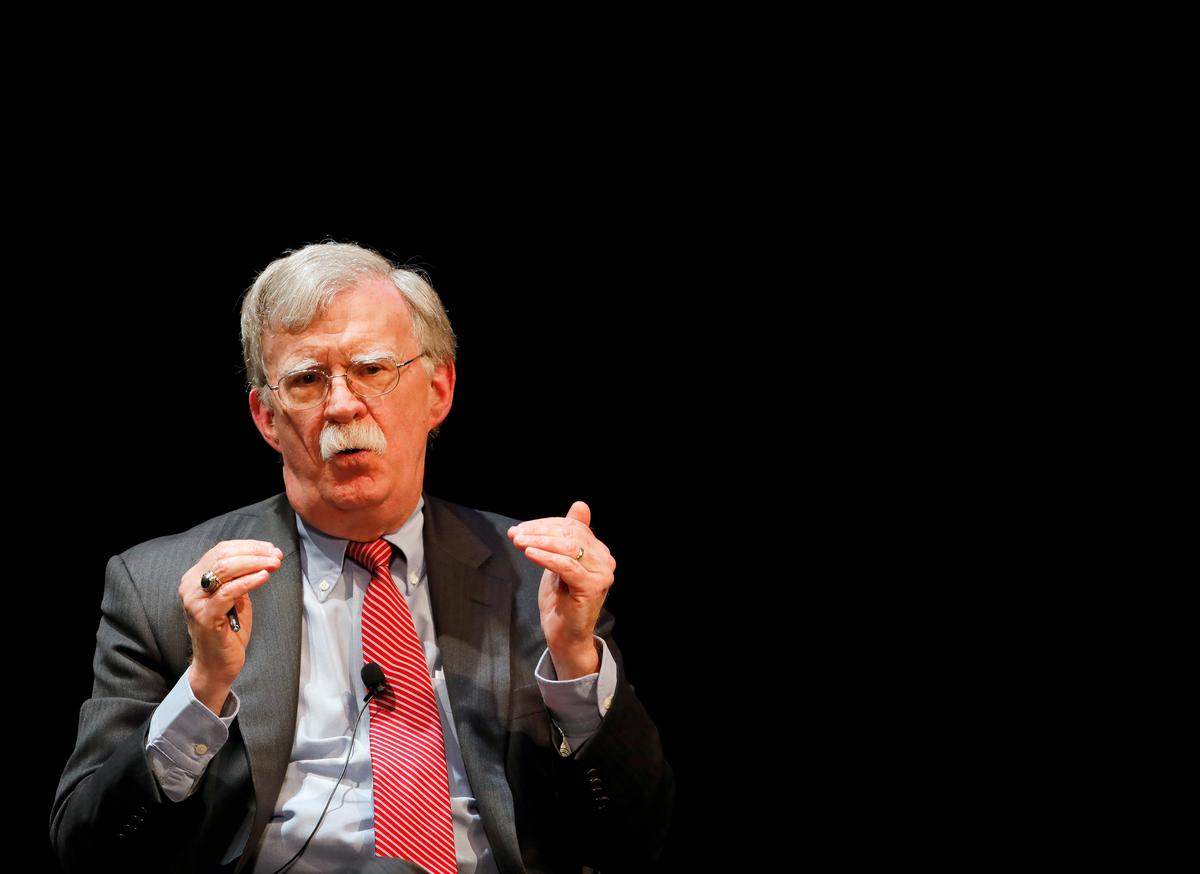 WASHINGTON (Reuters) – U.S. President Donald Trump said on Monday his former national security adviser John Bolton will have broken the law and face criminal liability if a book he has written about his time in the White House is published.

Trump told reporters that Bolton knows he has classified information in his book, and that he had not completed a clearing process required for any book written by former government officials who had access to sensitive information.

“I will consider every conversation with me as president highly classified. So that would mean that if he wrote a book and if the book gets out, he’s broken the law,” Trump said.

Attorney General William Barr, speaking at the same event, said the Justice Department was trying to get Bolton to complete the clearance process and “make the necessary deletions of classified information.”

Trump fired Bolton in September after 519 days on the job amid simmering differences on a wide array of foreign policy issues.

Bolton’s “The Room Where It Happened: A White House Memoir,” is set to be published on June 23.

The publisher, Simon and Schuster, said in a news release on Friday the book provides an insider account of Trump’s “inconsistent, scattershot decision-making process.”

Ben Wizner, director of the American Civil Liberties Union’s Speech, Privacy, and Technology Project, said the effort to block the book’s publication was doomed to fail.

Trump said the problem of publishing classified information including conversations with the president “becomes even worse if he lies about the conversation, which I understand he might have in some cases.” He said he had not read the book.

“So we’ll see what happens. They’re in court, or they’ll soon be in court,” Trump said.