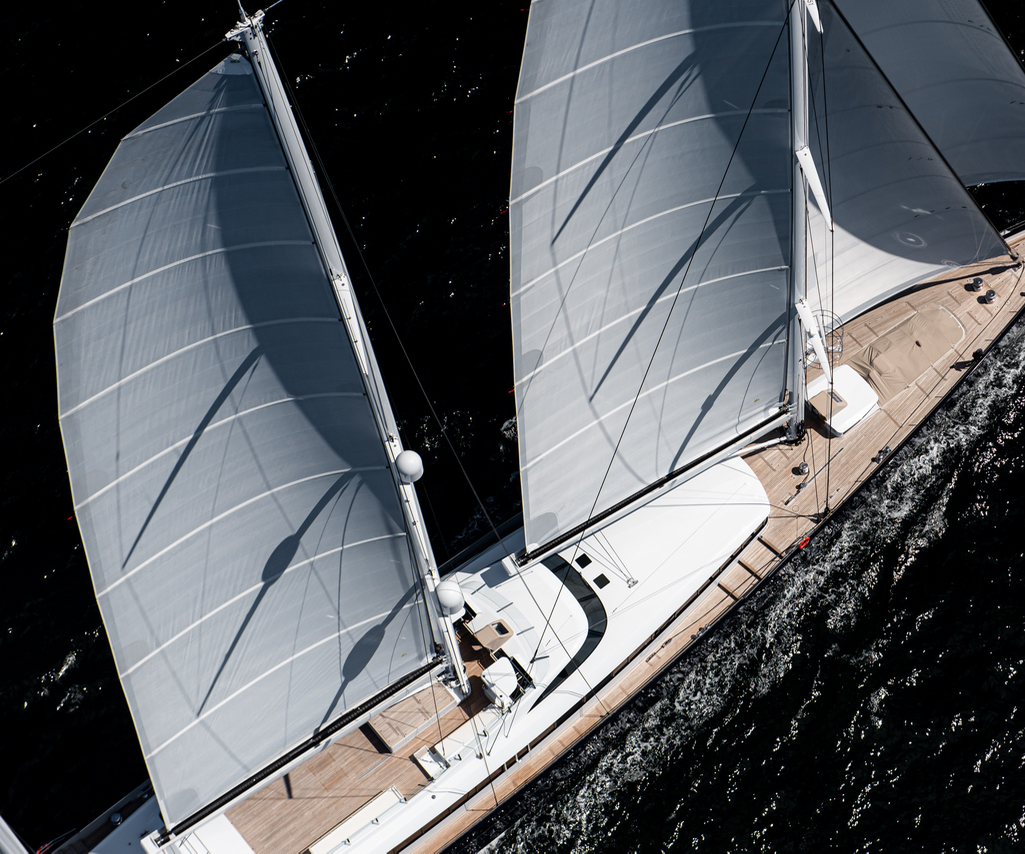 The 81m Royal Huisman schooner Sea Eagle II is set for a July delivery to Dr Samuel Yin after the world’s largest aluminium sailing yacht concluded a successful series of sail trials in the North Sea. 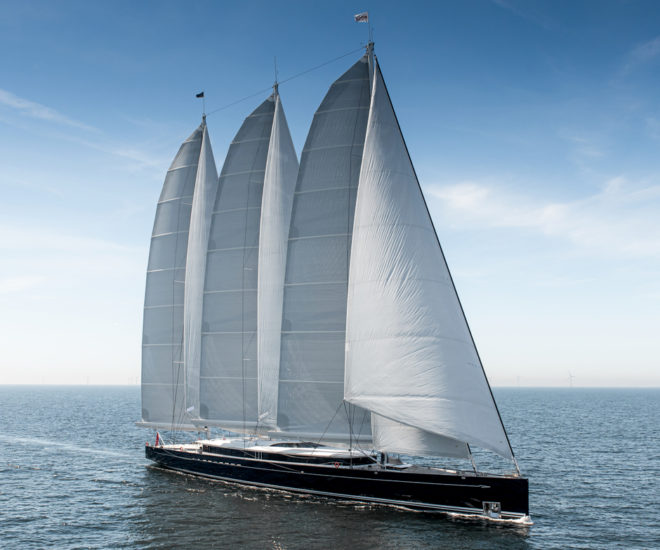 The three-masted Sea Eagle II is the second Royal Huisman build for Dr Yin, whose 43m sloop Sea Eagle was launched in 2015.

Designed by Dykstra Naval Architects and Mark Whiteley, Sea Eagle II – Royal Huisman’s largest yacht so far – was on schedule for delivery in April, but Covid-19 restrictions in the Netherlands prevented sea trials from being completed. 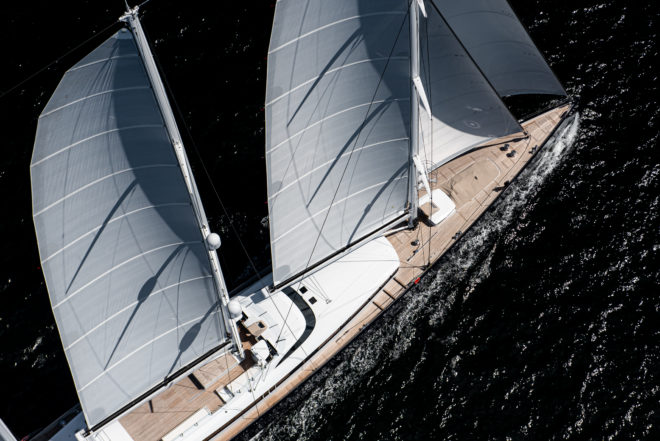 Earlier this year, the 266-footer with a plumb bow was transferred from the shipyard’s headquarters in Vollenhove and launched in Amsterdam. Her three carbon Rondal masts and booms were installed and tuned at Royal Huisman’s Amsterdam facility.

Nearly all onboard systems, such as gensets, air-conditioning, waste-water treatment and electronics, were thoroughly tested in the year prior to launch to avoid any surprises during the commissioning stage. 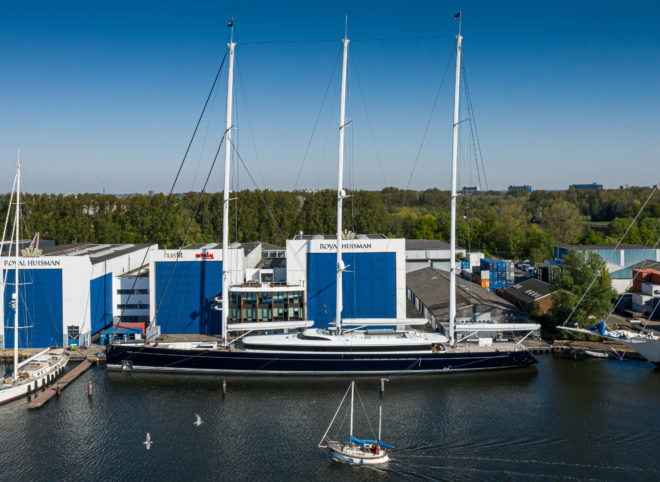 This spring, strict Covid-19 regulations and detailed protocols introduced eventually allowed the team to pick up where they left off. The sail handling and remaining propulsion systems were successfully tested and signed off during recent trials, which even during testing gave very promising insights into this yacht’s capabilities.

Spectacular speeds over 21 knots can be achieved by powering up Sea Eagle II’s Rondal rig, which can carry over 3,500sqm of sail area evenly distributed over her carbon Panamax masts.

The full sail area is controlled by 34 winches from sailing system integrator Rondal. The largest winches – for the yankee, staysail sheets and mizzen sheet runners – are capable of an 18-tonne pulling load.