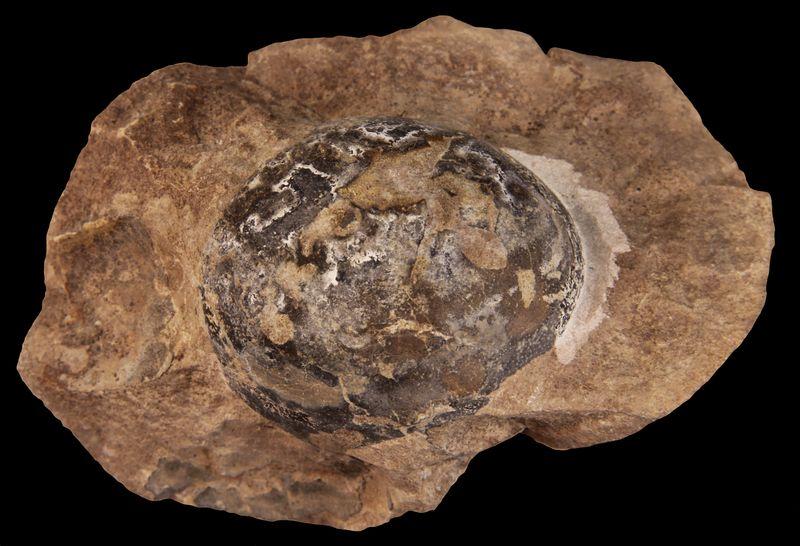 A fossilized egg laid by Mussaurus, a long-necked, plant-eating dinosaur that grew to 20 feet in length and lived in what is now Argentina is seen in image released June 17, 2020. Diego Pol/Handout via REUTERS

WASHINGTON (Reuters) – Scientists have unearthed the first fossils of soft-shelled eggs laid by dinosaurs – two disparate species from Argentina and Mongolia – in a discovery suggesting that the earliest dinosaurs produced such eggs before some lineages turned to hard shells.

The embryo-containing eggs – leathery on the outside rather than hard and calcified like those of birds – belonged to a dinosaur from Patagonia called Mussaurus from about 200 million years ago and one called Protoceratops from the Gobi Desert from about 75 million years ago, researchers said on Wednesday.

It had long been thought that all dinosaurs laid hard-shelled eggs, as modern birds – the descendants of feathered dinosaurs – and crocodilians do. Many turtles, lizards and snakes lay soft-shelled eggs. But relatively few dinosaurs eggs had ever been found, and those belonged to only a handful of dinosaur groups including the meat-eaters.

Finding soft-shelled eggs in such dissimilar species living far apart in time and location indicates, the researchers said, that many lineages including the first dinosaurs to appear 230 million years ago may have laid such eggs. Soft-shelled eggs are not readily preserved as fossils.

Twenty-foot-long (6 meters) Mussaurus was an early member of the sauropod lineage of long-necked plant-eaters. Its 5-inch (13-cm) egg was rather spherical.

Sheep-sized herbivore Protoceratops was a member of the ceratopsian lineage of beaked dinosaurs, many of which had horns though not this one. Its 4-inch (10-cm) eggs were more oblong.

“This gives us a new perspective of the reproductive biology of dinosaurs, indicating that the basal dinosaurs (most primitive forms) were more primitive reptilian in their reproductive habits,” said paleontologist Mark Norell of the American Museum of Natural History in New York, lead author of the research published in the journal Nature.

“This means that they laid soft-shelled eggs which were probably buried in the sand or in vegetation. It also explains why fossil calcified eggs are only known from a few groups of dinosaurs, and only appear long after the origin of the group.”

Password: I Was Ready to Groan Through NBC’s Revival, But… It’s Good — and Host Keke Palmer Is Great
Rocket Debris From Space Launches Have 10 Percent Chance of Injuring Humans by Next Decade, Claims Study
Donald Trump says he refused to answer questions in New York investigation
Serena Williams announces her retirement from tennis
Disney’s earnings could define how the media industry views streaming’s future