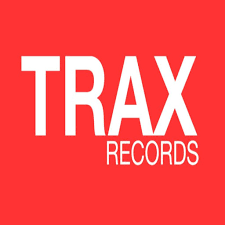 New York City:  June 26 President of the legendary House record label Screamin’ Rachael (aka Rachael Cain) has announced that she intends to join in as a plaintiff in the Federal Court suit filed by  Larry Heard and Robert Owens.  Since the very beginning she has been championing House music, TRAX Records and its artists.  Screamin Rachael commented: “No one knows the real story of Trax and what has happened.  I believe the truth will set us all free.”  Rachael Cain went on to say that her attorneys are confident of the TRAX Records position and will make a statement on behalf of TRAX next week.

On Tuesday June 23, 2020, producer Larry Heard and Robert Owens filed a Federal Copyright Infringement lawsuit against he iconic Chicago house record label TRAX over unpaid royalties. When the hard facts and the truth becomes known a lot of people will be very surprised.

Shocked and ravaged since word of the filed complaint regarding Heard and Owens was discovered, Cain disclosed that she has been fighting for the past 15 years to recoup recording artists royalties, rights and licenses to their music from a Canadian Investor group to no avail. Cain, an unpaid artist herself feels and understands the frustration felt by artists such as Heard and Owens. Since 2002 TRAX has had no Control over TRAX classic catalog, which she intends to rectify. According to Cain’s attorney Rick Darke of Duane Morris LLP, although Cain’s 15 year legal dispute with the Canadian Investor Casablanca TRAX INC. ended prevailing on the appeal, those parties responsible have failed to pay up.