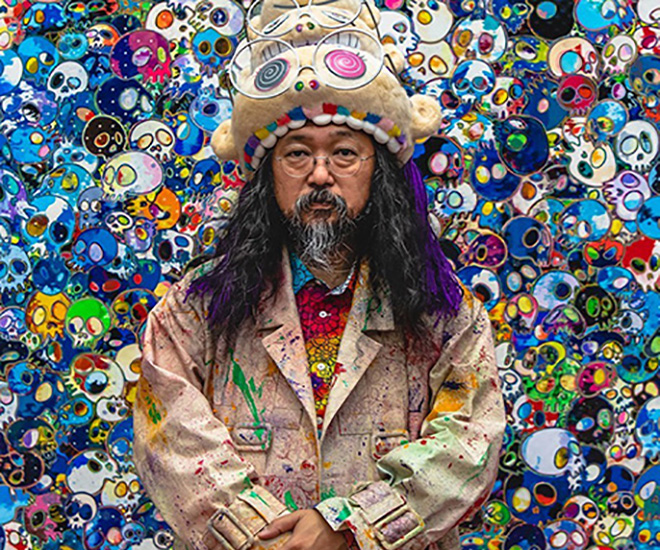 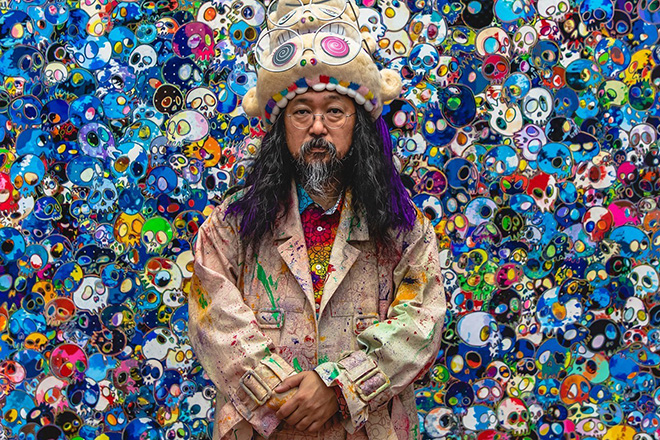 Specializing in the fields of fine arts media and commercial media, Japanese contemporary artist, Takashi Murakami, has hand his hand in fashion, merchandising, animation, painting, sculpturing, and as of late – coffee filter art. Having isolated himself within the four walls of his home, like most of us in light of an ongoing global health crisis, Takashi has filled his time uploading a series of shirt-making, ceramic painting and home cooking videos unto his social media.

This spring, I streamed a series of cooking show of a sort on Instagram Live. I’m sure those who watched them were utterly confused, but I was trying to buoy my own thoroughly sunken feelings through these streamings. With the sudden swoop of COVID-19 pandemic, my company faced bankruptcy and I had to give up on a number of projects, the most symbolic of which being the production of my sci-fi feature film, Jellyfish Eyes Part 2: Mahashankh. For nine long years, I had persevered! It was a film that was to realize my childish dreams! The enormous budget I poured into this project, as well as my tenacious persistence, put a constant and tremendous stress on my company’s operation for the past nine years. But at the same time, I was able to endure various hardships because I had this project. Faced with the current predicament, however, I was persuaded by both my business consultant and tax attorney that I must, simply must try and drastically reduce our business tax by filing the film’s production cost as tax-exempt expenditure. To that end, I am going to produce and release a series of videos to publicly announce the discontinuation of the film’s production. (To be clear, this is an entirely legitimate procedure—I’m not trying to evade tax!) These videos will be released against the backdrop of our struggle to avoid an economic catastrophe, but perhaps it may have a cathartic effect on the viewers/my followers to see the story of stupid Murakami’s failure. Long story short, I’m a silly human being for whom the moment of bliss is when I am thinking my truly childish sci-fi thoughts. I don’t know how many episodes the series will end up being, but a series it will be, so please come along with me on this journey for a little while.

While entertaining, and in most cases, rather insightful to his life, the artist has since gone a step further, sharing a video revealing the impacts of Covid-19 on his career and projects. The 15 minute clip, covers issues of bankruptcy faced by his Tokyo-based gallery and arts organization, Kaikai Kiki, alongside innumerable cancelled projects, including the production of his sci-fi feature film, Jellyfish Eyes Part 2: Mahashankh. 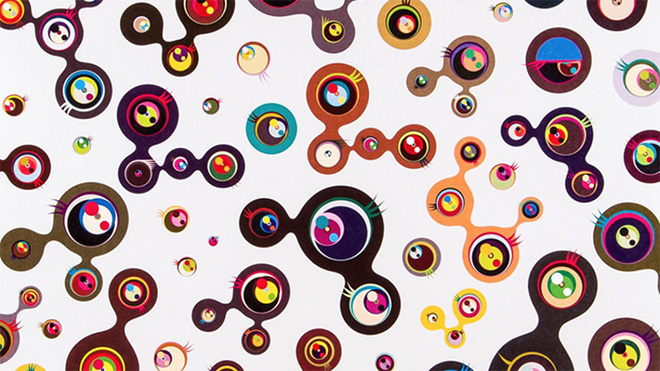 Expressing his grave disappointment, the feature film represented more than nine years of unrelenting hard work and his “childish dreams”, but also tenacious persistence throughout each of life’s difficult phases and of course, the enormous budget which was dedicated to the project. With a lot on the line, Takashi Murakami is thus determined to complete the film, though he anticipates that it may transform into a video series that focuses on the discontinuation of Jellyfish Eyes Part 2.

Despite his struggles, the artist maintains a busy work calendar with his involvement in Kanye West and Kid Cud’s anticipated KIDS SEE GHOSTS animated show as the franchise’s director.