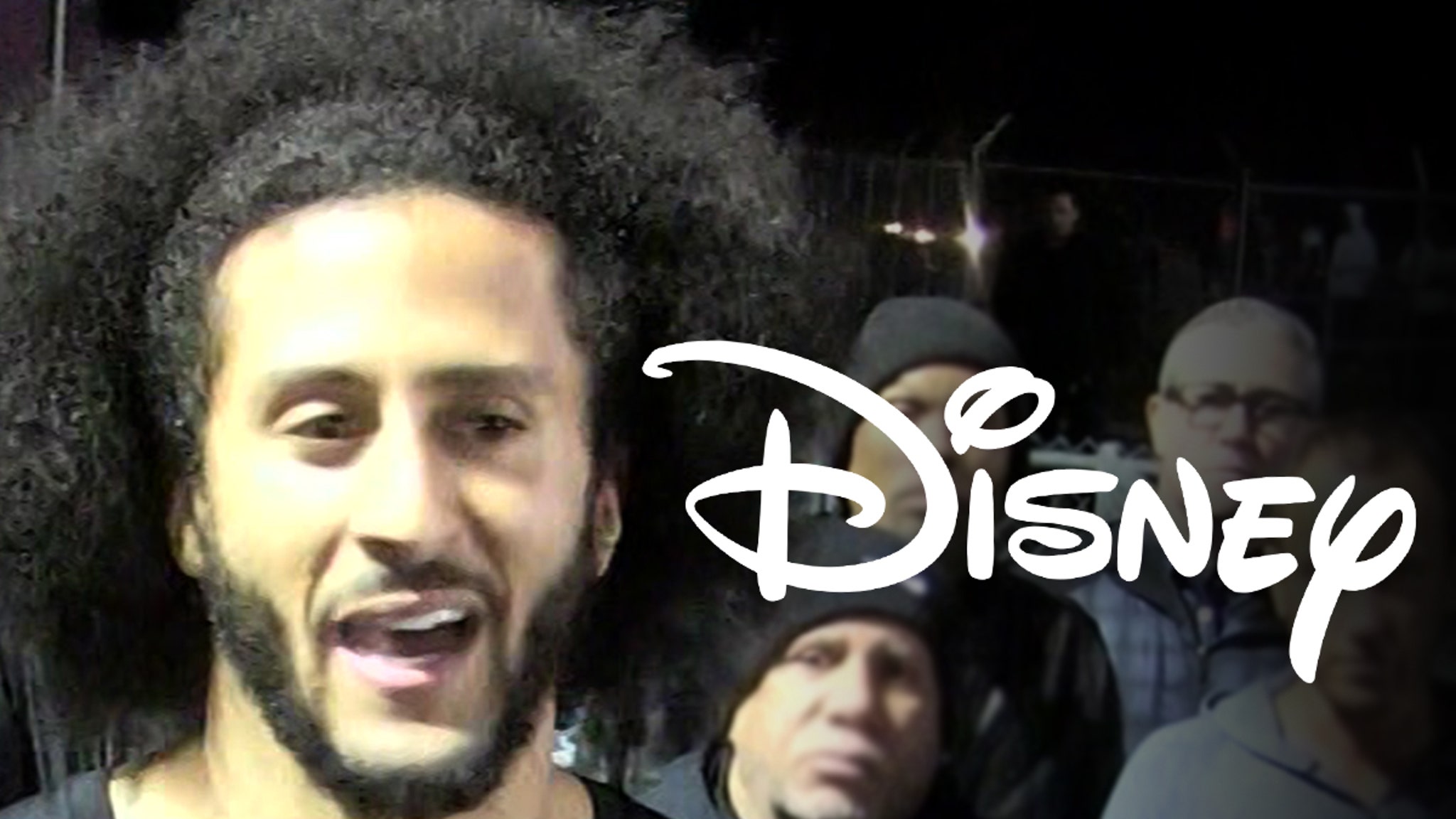 Colin Kaepernick is now in business with Disney — the Mouse House just signed the QB to an overall first-look deal … and there’s already a docuseries in the works.

Disney says the docuseries will feature “extensive new interviews and a vast never-before-seen archive that documents his last five years.”

“Kaepernick will tell his story from his perspective.”

And, get this … Jemele Hill — who used to work for ESPN — will be involved in the project as well.

As for the overall deal, Disney says “the partnership will focus on telling scripted and unscripted stories that explore race, social injustice and the quest for equity, and will provide a new platform to showcase the work of Black and Brown directors and producers.”

Kaepernick issued a statement — saying, “I am excited to announce this historic partnership with Disney across all of its platforms to elevate Black and Brown directors, creators, storytellers, and producers, and to inspire the youth with compelling and authentic perspectives.”

“I look forward to sharing the docuseries on my life story, in addition to many other culturally impactful projects we are developing.”

Disney says the Kaepernick projects will be featured on several platforms including Walt Disney Television, ESPN, Hulu, Pixar, and The Undefeated.

After Falling For Christmas, Lindsay Lohan’s Return To Acting Put Her Opposite Santa Claus Thanks To Pepsi
4 picture books shed light on seasonal celebrations
Taylor Swift Fans Sue Ticketmaster Over Eras Tour Ticketing Fiasco
CNN lays off hundreds of staffers after business review − read the memo
Willow Review: Disney+ Sequel Series Is Worth the Wait — Fun, Accessible Fantasy at Its Most Charming