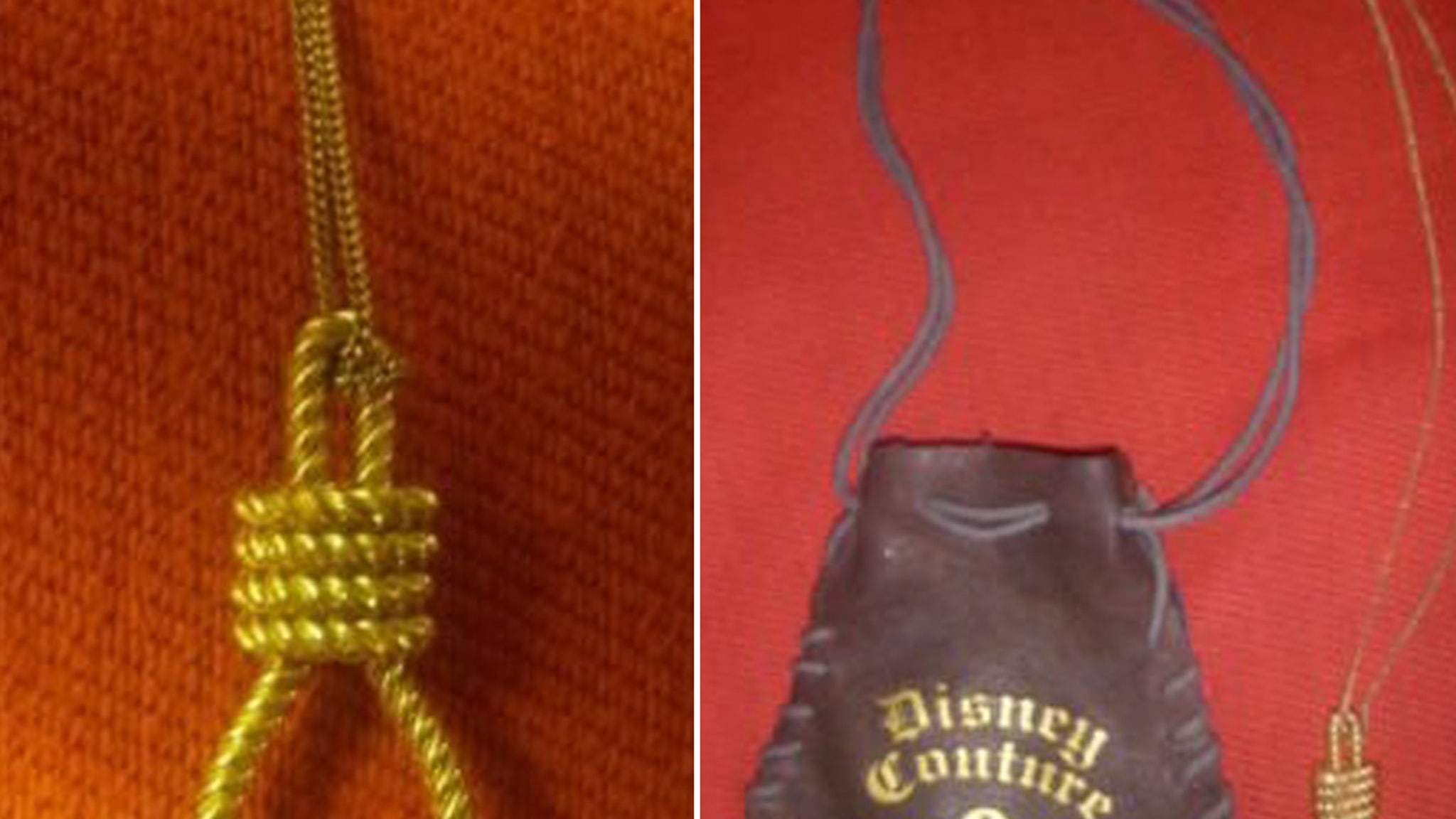 A Disney accessory depicting a noose is now in slightly less circulation after a collectibles site took action — but the question remains … how did this ever get made in the first place???

Back in 2006, when “Pirates of the Caribbean: Dead Man’s Chest” was released, the Mouse House also dropped a limited couture jewelry line as part of the promotional rollout. It featured rings shaped out of swords, pendants made to look like locks and keys … basically, gimmicky ‘Pirates’-themed bling that sold like hot cakes.

Now, one of those items was a 14k gold-plated 20″ necklace with a noose pendant attached … and it couldn’t be any clearer as to what it is if you look at it for yourself.

Most of these ‘Pirates’ items sold out while being hawked at stores like Fred Segal, Kitson and Nordstrom — but some of the pieces are still floating out there … including this noose necklace, which was recently spotted on the collectibles site, WorthPoint.

You can’t buy anything from there — it’s a company that mines for old collectibles and antiques, providing stats, prices, and photos about any particular item — including this noose.

When we reached out to WorthPoint to see why they were featuring the offensive and racist item, they told us they’d take it down immediately … which they did. A rep went on to tell us it probably never should’ve been up, but might’ve slipped through their algorithm cracks.

Now, back to the real issue … how something so racially charged could’ve ever found its way to the marketplace? We reached out to Disney … radio silence.

The answer’s probably in the movies themselves. If you’ve seen any of them, you know there are several scenes where people — including Johnny Depp‘s character, Captain Jack Sparrow —  are set to be put to death by hanging. It’s a recurring theme throughout the franchise.

Still, the move to sell noose-related products whatsoever is so obviously a bad one — and it comes off as especially tone deaf in 2020.

Flashdance and Fame singer Irene Cara dies
Little Mermaid Actress Gets Support From Tara Strong And More After Posting TikTok Of Original Part Of Your World Recording
Disney CEO Bob Iger addresses ‘Don’t Say Gay’ fallout, importance of LGBTQ inclusion in stories
Putin trying to ‘starve Ukrainians into giving up war but will fail’
Are you eligible for the government’s £1bn scheme to insulate middle-income homes?