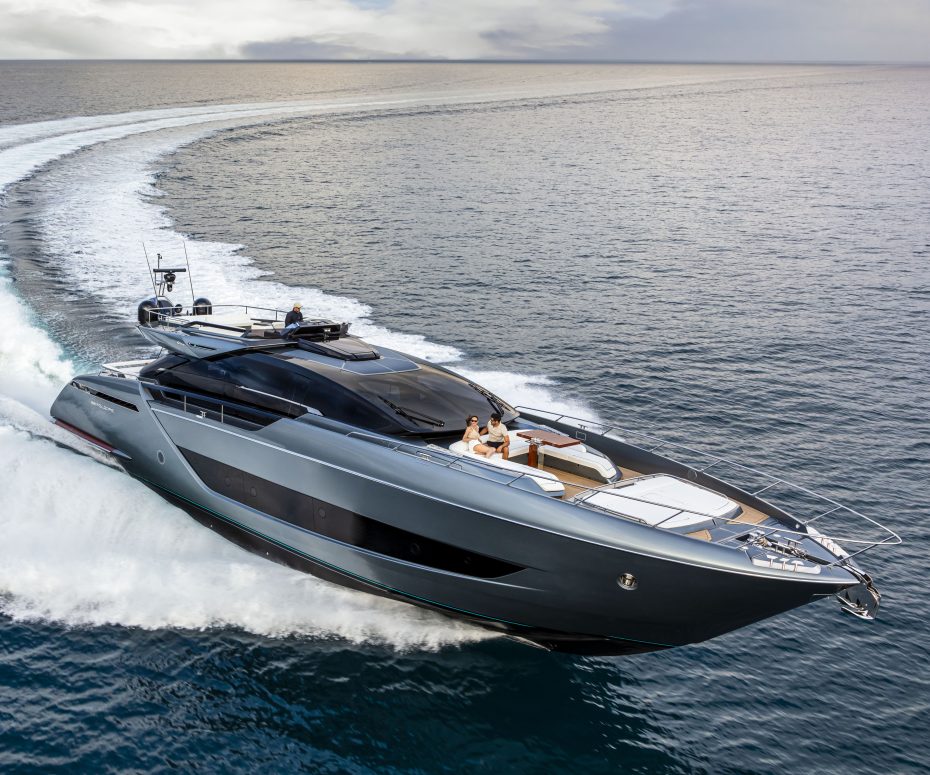 Ferretti Group will stage the world premieres of the Riva 88’ Folgore, Ferretti Yachts 500 and 43wallytender among a display of about 20 yachts at this year’s Cannes Yachting Festival, which will be held from September 8-13. 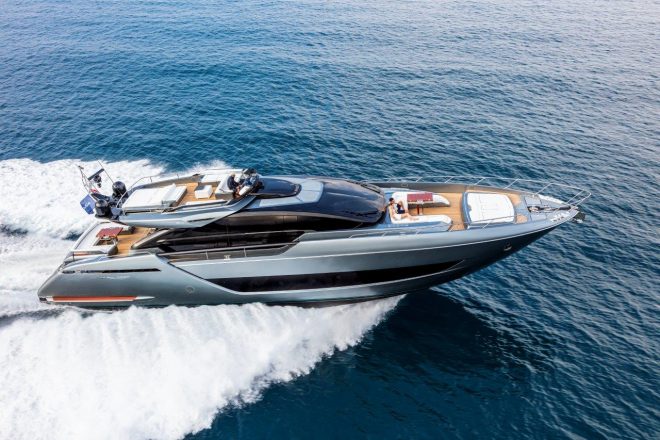 The six-day show will also mark the in-water premiere of the Pershing 7X, which debuted at Boot Dusseldorf in January, and the European premiere of the 48wallytender X, first shown at the Miami Yacht Show in February.

The Riva 88’ Folgore has an exterior by Officina Italiana Design, which also worked on the interior with Ferretti Group. With an exterior inspired by the automotive world, the 88-footer features extensive use of carbon-fibre and traditional stylistic elements such as mahogany inlays and steel for decoration. 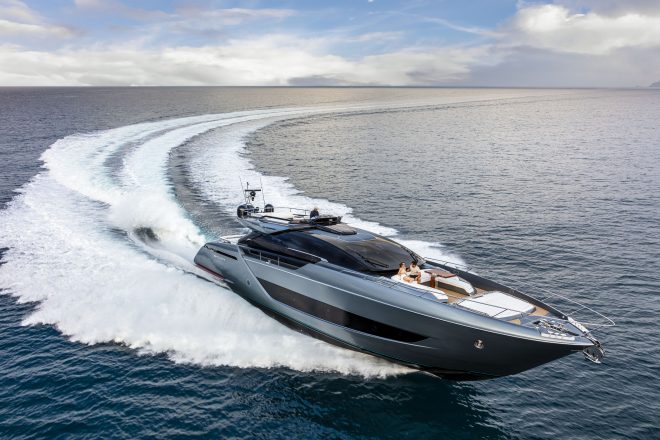 The new stern design features a garage door that swings open and can be positioned horizontally to take advantage of a 6sqm beach club or immersed to allow the launch and landing of the tender.

The glass hardtop on the superstructure can be opened and tilted toward both the stern and bow, to let in fresh air during navigation or at anchor. Interior materials include wood, steel, marble and glass, while owners can choose from three different layouts for the master cabin. 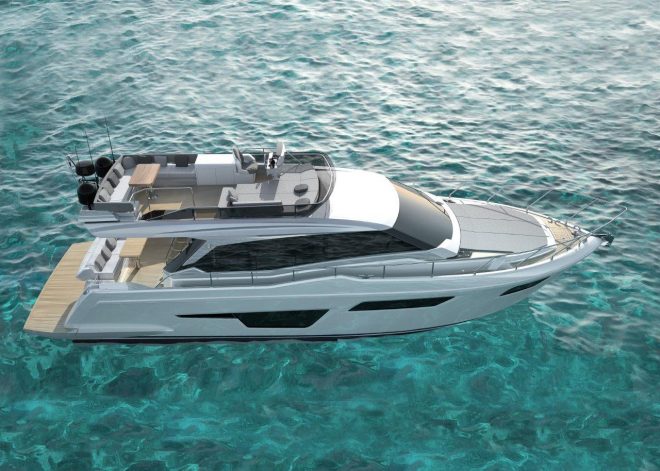 Designed with Filippo Salvetti, the Ferretti Yachts 500 is the brand’s smallest model

The Ferretti Yachts 500 is the smallest model in the brand’s range. Ferretti Group has designed the exterior with Filippo Salvetti, and worked with Ideaitalia on the interior, which is offered in Classic, with warm tones, and Contemporary, inspired by Mediterranean colours.

The 43wallytender is a collaboration between Ferretti Group and Wally, and the 43-footer is expected to top 40 knots with its larger engine options. 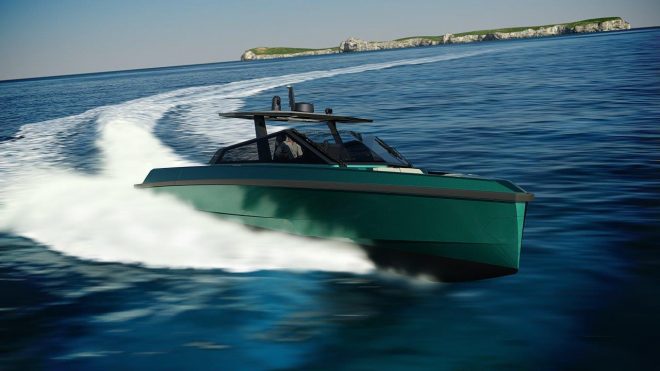 The first 43wallytender features a hull in Gator Green

Debuting a year after the 48wallytender, the 43 features a new ‘central cockpit’ and a flexible layout that enables the Category B yacht to carry up to 12 people and be used as a family day-cruiser, a tender for both sailing and motor superyachts, or a resort shuttle.

The 43wallytender is available in a wide range of exclusive colours and the first unit, to be completed in August, will be in a striking, iridescent ‘Gator Green’. 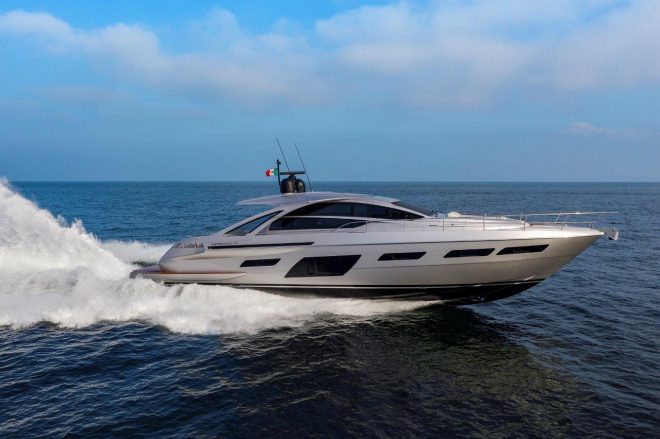 The Pershing 7X, designed with Fulvio De Simoni, is the fastest yacht in the brand’s current range and among all its Generation X models, which include the 5X, 8X and 9X.

Fitted with twin Man V12 diesel engines generating 1800mhp each, combined with a Top System P85X surface drive transmission with surface propellers, the 69-footer has a top speed of 50 knots, a cruising speed of 42 and a range of 300nm. 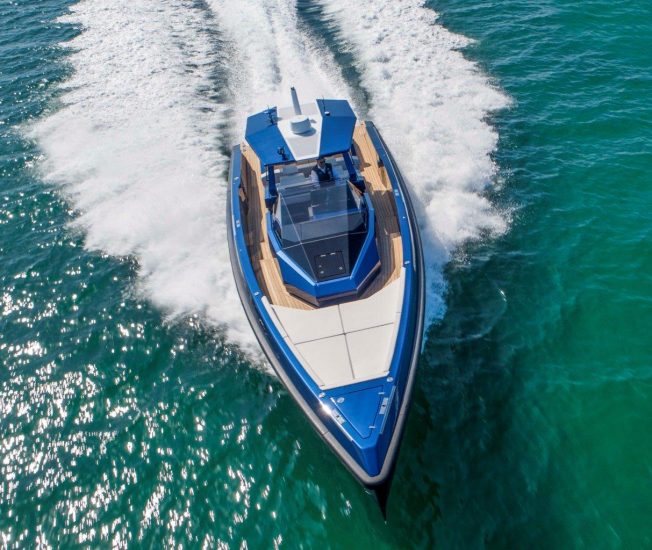 Following the world premiere of the 48wallytender at last year’s Cannes Yachting Festival, the new outboard version of the 48ft open cruiser debuted at Miami in February and will make its European debut at Cannes this September.

The first unit of the 48wallytender X has been fitted with four 450hp outboard racing engines for top speeds over 55 knots and a cruising speed of 40, plus a range of 320nm.

After Falling For Christmas, Lindsay Lohan’s Return To Acting Put Her Opposite Santa Claus Thanks To Pepsi
Welcome the Holiday Season With Dior Beauty’s The Atelier of Dreams
7 Alluring Alternatives to Those Sold Out Bottega Veneta Earrings
From stage to page
Broke and down to one credit card: Former FTX CEO Sam Bankman-Fried claims he committed no fraud