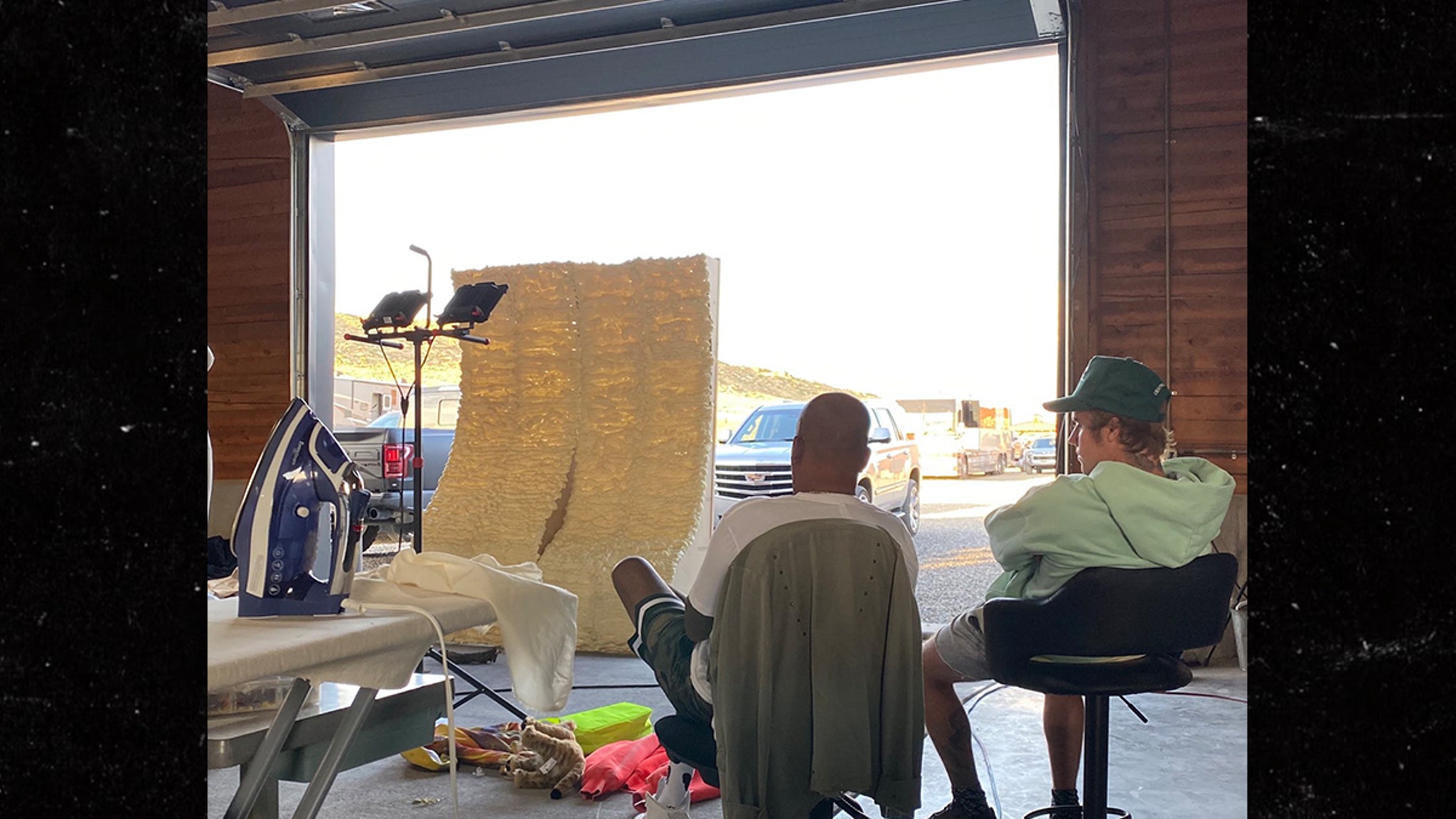 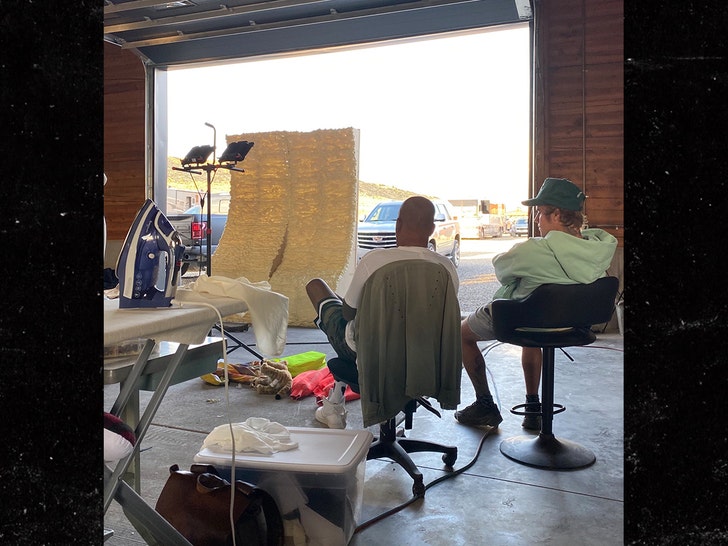 Kanye West got another famous visitor Friday who was not Kim Kardashian — this time around, it was Justin Bieber.

Justin and wife Hailey have been tooling around the country in an RV, and they made a stop at Kanye’s Wyoming ranch.

Kanye posted a photo of the 2 of them, along with Damon Dash, in what looks like some sort of hanger. Kanye said, “DD & JB discussing the new spray foam wall prototypes on the YZY campus.”

Bieber has been tight with Ye — over music and faith — and we’re guessing the visit was more about support than foam.

As you know by now, the family is deeply concerned Kanye is in the middle of a serious, bipolar episode. He has rejected Kim’s plea for him to get help and we’re told he barely speaks to her.

As for Bieber … he’s been supporting all things Kanye for a while … hitting up Ye’s Sunday Service last February.