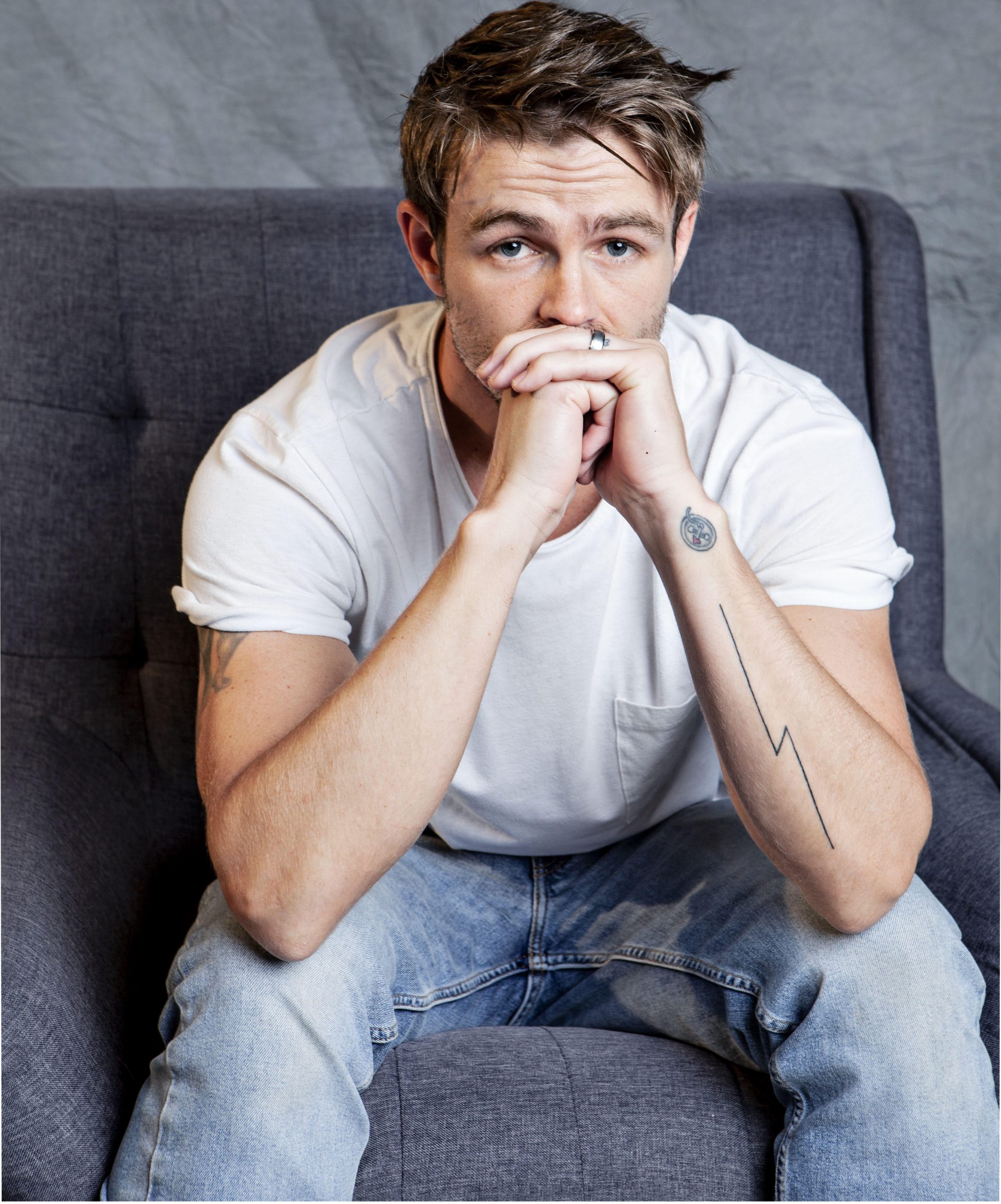 About Mighty Oak Gina and Vaughn are the sister and brother duo taking the SoCal music scene by storm with their band Army of Love. Gina “Jean Jacket” Jackson (Janel Parrish) is behind the scenes as the savvy and determined music manager while her talented brother Vaughn Jackson (Levi Dylan) is the gifted frontman of their popular band. On the night of their biggest break yet, the siblings’ bond is shattered when Vaughn is killed in a tragic car accident and Gina is unable to pick up the pieces of her life. Ten years later, a 4th-grade guitar prodigy named Oak Scoggins (Tommy Ragen) enters Gina’s orbit, and she becomes convinced that this child must be the reincarnation of Vaughn. While Oak does have Vaughn’s talent and some of his traits, Gina’s friends become concerned with her decision to re-launch their long-dormant band with Oak as the frontman taking Vaughn’s place. Oak comes from a disadvantaged household and as he is thrust into the spotlight, he finds that music is the perfect escape and the much-needed outlet for his pain. Gina in turn finds an outlet for her grief and a way back into living life out loud and to the fullest.

Ben Milliken as Darby: Born in Manchester, England, Ben Milliken was raised in Bilgola Beach located on Sydney’s Northern Beaches. Ben then moved to Los Angeles, where he quickly began landing roles in multiple film and television projects, including Universal’s “Blue Crush 2.” Most recently, Ben landed a role in season 5 of Amazon’s hit show “Bosch.” Most recently, Ben  has received much acclaim for his  role as “Darby” in the film “Mighty Oak” that is available on Apple TV and Amazon Prime. Take a closer look at the engaging interview about his experience with this film and what we can anticipate next!

HD: How did you get started in the Entertainment Industry?

BM: I had always loved movies and stories. But never really thought it could be something that i can actually DO. When I finished high school I traveled around Europe for a few months and that’s when it clicked for me. I saw there was this great big world out there and I realized, you can DO anything in life. You just have to go for it. So when I got back to Australia, I found a great acting class, and  the rest is history.

HD: What advice can you give to aspiring entertainers?

BM: The same advice that was given to me by my acting coach TOM DRAPER when I first arrived in LA. “Always make it about the work”. I never forgot that.

HD: What is one myth about the industry you want to clear up?

BM: That it’s an extremely ego driven and shallow, cut throat world. There are those elements of course But there are those elements in pretty much every area in life. But I have met some of the kindest and most genuine and best people, who have become friends and I now consider family.  It’s easy to think about getting caught up in it all, but it never has to be that way.

HD:What do you love most about what you do?

BM: I’ll be honest, its the best job in the world. I couldn’t ever imagine myself doing anything else. I love it all.

HD: When people started first recognizing you, what was your reaction?

BM: It’s nice to hear that what you are doing makes some kind of impact in the world. Even if it’s just that you made one person’s day better for the 2 hours they watched your movie.

HD:What things do you know now that you wish you knew then?

BM: That it’s not about me. When I first started I used to think it was about “doing the best performance” or “being interesting and different”. But I don’t think it’s about that at all. I think it’s about “how do I serve this story”. That also translates over to everyday life.

BM: Being a dad is the best thing in the world.

HD: Do your kids notice you on TV?

BM: My son just turned 5 so he hasn’t seen much. Recently he saw me in BLUE CRUSH 2 and the big fight scene was on. He was yelling at the TV “GET HIM DADDY!!!” But I think he’s more interested in watching BLUEY on Disney Plus.

HD: How did you prepare for your role in “Mighty Oak” and how similar are you to your film character?

BM: Recently I had been looking to do a role like this. The comedic character. I have usually gravitated more towards drama, so it was really fun to explore that side of me. DARBY just loves life. He wants to have fun. And he wants to play good music with good people who are more of a family than a band. I definitely relate to that.

HD: Did you have a favorite scene in the movie and if so which is it?

BM: I actually love the scene in the record store where DARBY works after the band breaks up, where I am trying to get some poor woman to buy one of our old albums. I don’t convince her haha.

HD: How did you get the part?

BM: I was asked to send in an audition tape for the role, and a day later got the phone call. It all happened really fast.

HD: You are no stranger to the stage and screen. What made you want to go into the entertainment industry?

BM: I was always amazed by film and television. The fact that stories can come to life and you can escape into that world for a time. I just gravitated towards it. Then when I realized I could be a part of it, there was no other option for me.

HD: Considering where we all are right now in the world, it’s kind of a wait and see what happens situation. I have a few things in the pipeline, and hopefully we are all be able to  SAFELY go back to work really soon.

HD: How can people stay up to date with you?