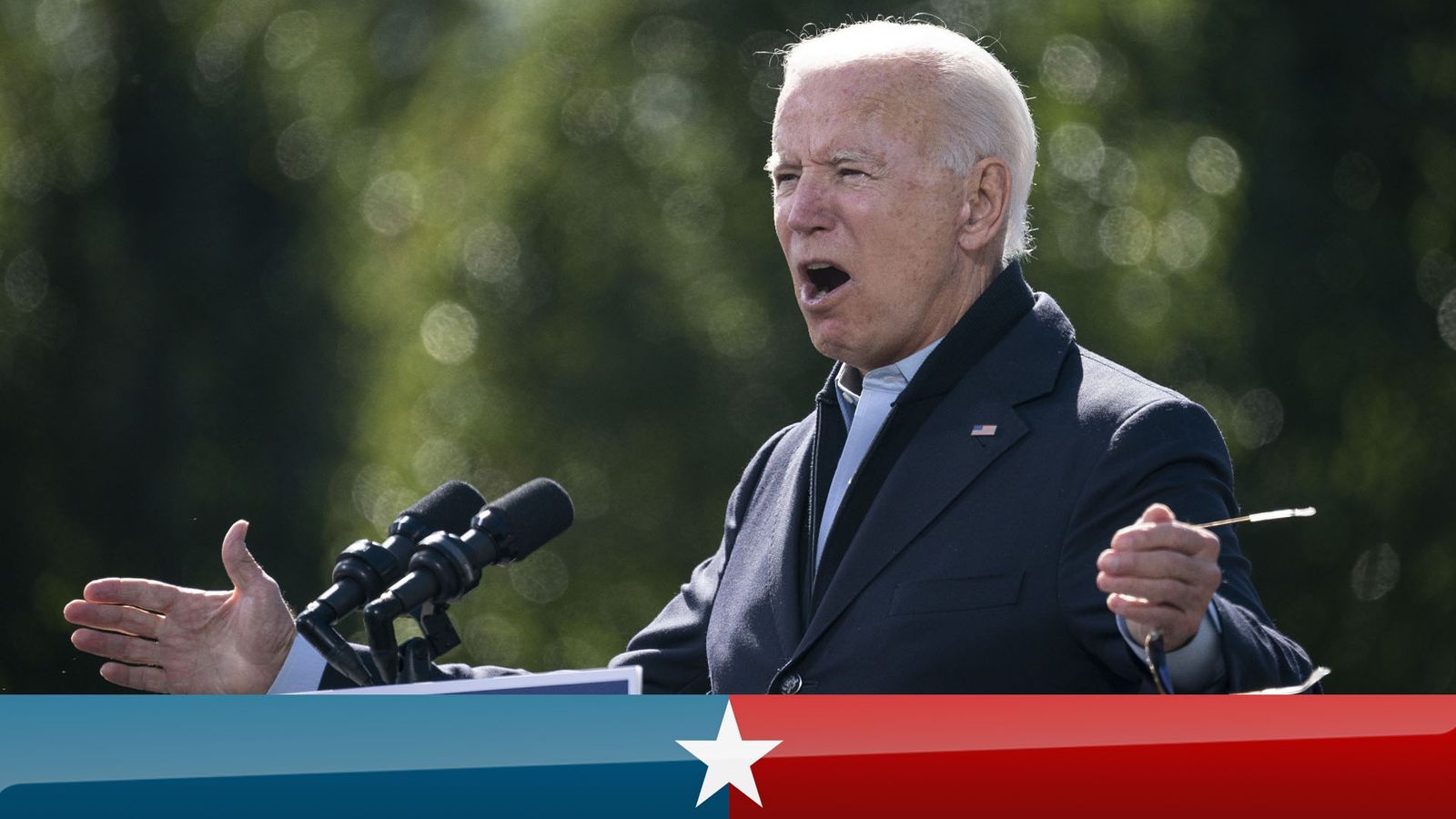 He may be ahead in the polls but Joe Biden isn’t taking any chances, hammering home how much is hanging on the election to supporters in North Carolina.

“The very soul of our nation is at stake. Folks, as my coach used to say in college, it’s go time. It’s the most important election in our lifetimes,” he said.

Voter complacency could still derail him. Hillary Clinton was also ahead with two weeks to go in 2016.

In a crucial week which will see his final TV debate with Donald Trump, he’s painting himself as a unifying force.

“I’m running as a proud Democrat but I will run as an American president. No red states, no blue states, just the United States,” he declared.

In Nevada, Mr Trump was also firing up the base.

“We are going to see a red wave,” he told crowds of cheering supporters, in spite of official polls telling a different story.

“On election day, you can send a message to the fake news media, big tech companies and the Washington swamp,” he said.

“Send them a message they will never forget, show them the American people are still in charge by delivering sleepy Joe Biden and the Democrats a thundering defeat on 3 November.”

And this week will likely see a victory for the president, with his Supreme Court pick Amy Coney Barrett expected to be approved by the judiciary committee on the same day Mr Trump and Mr Biden go head-to-head on TV.

With just over two weeks to go, both campaigns are ramping up.

Mr Trump with a deluge of rallies, Kamala Harris is back on the road after two people connected to her campaign tested positive for COVID-19 and Barack Obama is stepping up for Mr Biden as the race for the White House intensifies.

18 Shows and Movies We’re Excited to Stream in December 2020
Fishing the ‘major bone of contention’ as Brexit talks enter ‘last week or so’, says foreign secretary
‘Don’t hug your gran at Christmas’: Chief medic’s message as PM warns of possible New Year lockdown
China’s Moon Probe to Seek First Lunar Rocks Retrieval for a Nation Since 1970s
Plans to allow household mixing over Christmas to be considered at COBRA meeting