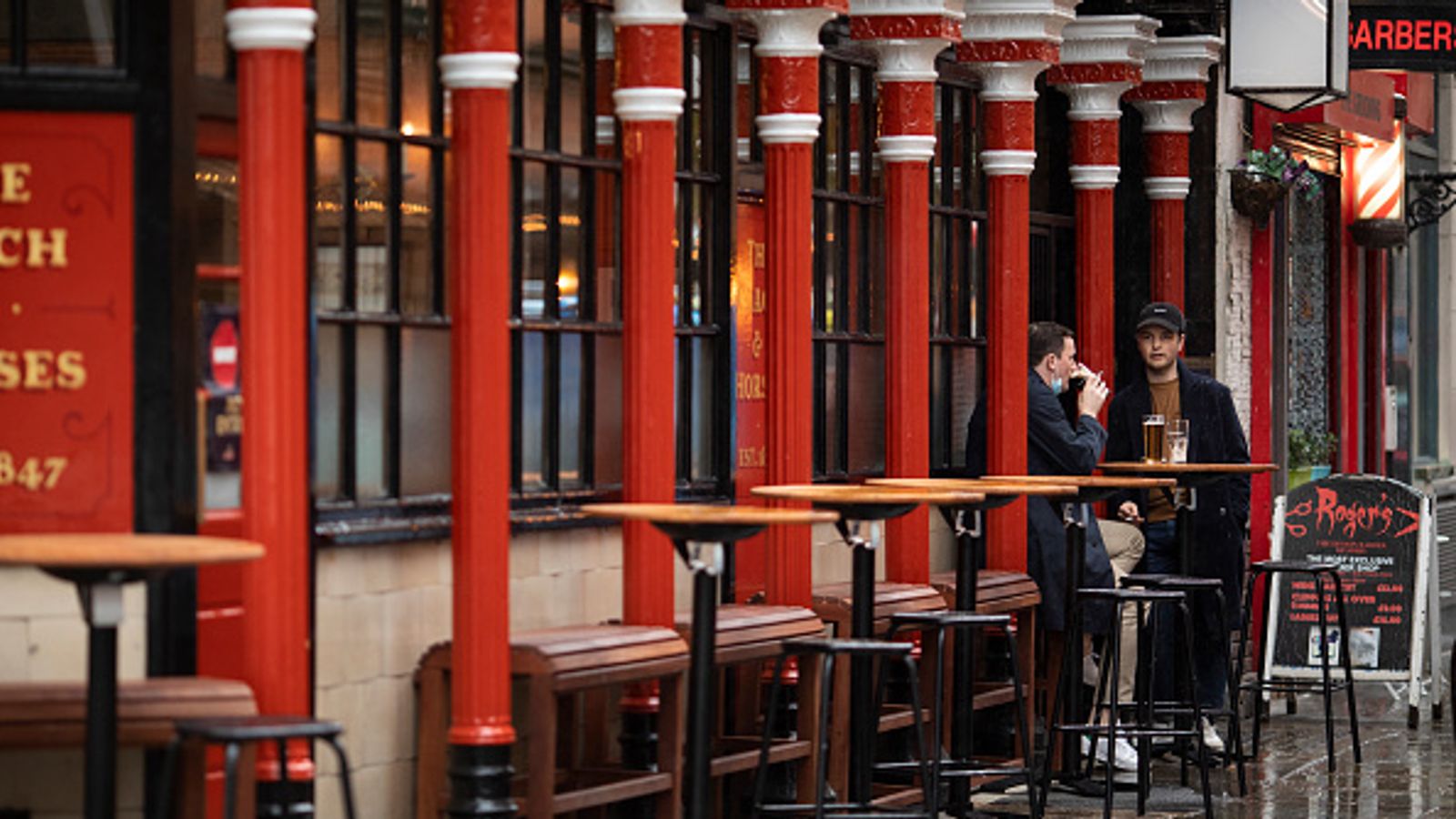 Businesses in parts of England under Tier 2 coronavirus restrictions will get further financial support in a package unveiled by the chancellor today, according to reports.

Rishi Sunak will announce the new measures – aimed particularly at pubs, bars and restaurants – in the Commons on Thursday, the Telegraph claims.

Currently, hospitality premises in “high risk” areas such as London and Birmingham are only allowed to take customers from the same household unless they sit outside, resulting in a considerable drop in footfall.

Although they are allowed to stay open, unlike those in Tier 3, they are entitled to lesser financial support.

They can apply for a scheme that pays 55% of staff wages, but companies in “very high risk” areas forced to close can get 66% of wages paid for – as well as £3,000 a month in business grants.

Mr Sunak’s new plans come after complaints from industry leaders that the tiered lockdown system is putting thousands of hospitality jobs at risk in the run-up to Christmas.

He tweeted: “Currently, there’s no extra financial support available for our hospitality sector in Tier 2 which cannot possibly be right.

“I will continue to press Govt on this & I’m confident we will get a breakthrough soon.”

Greater Manchester Mayor Andy Burnham said he would be “looking closely” at the Tier 2 proposals – after nearly two weeks of tension with ministers over his Tier 3 financial support deal.

On Wednesday, Boris Johnson confirmed Greater Manchester would get £60m in support.

But Mr Burnham said: “Greater Manchester has been in ‘high’ alert for three months but our hospitality businesses haven’t had any emergency support.

“We asked for this to be taken into account in Tier 3 negotiations. The government refused.”

It comes after South Yorkshire leaders secured £41m in funding for “businesses and people” ahead of them going into Tier 3 on Saturday.

Sheffield city region metro mayor Dan Jarvis led the discussions with Westminster and said he “moved heaven and earth to secure the maximum amount of resource that we could”.

Mr Burnham’s lengthy debate with the government could now trigger further tensions as other regions are placed under stricter measures.

The chancellor’s spokesperson said of Thursday’s announcement: “The chancellor is due to update the House of Commons on the economic situation, in particular, and so far as it relates to the new restrictions.

“And what we have always said is that our package of support is always flexible and always up for review to make sure that it is dealing with the situation as it evolves.”