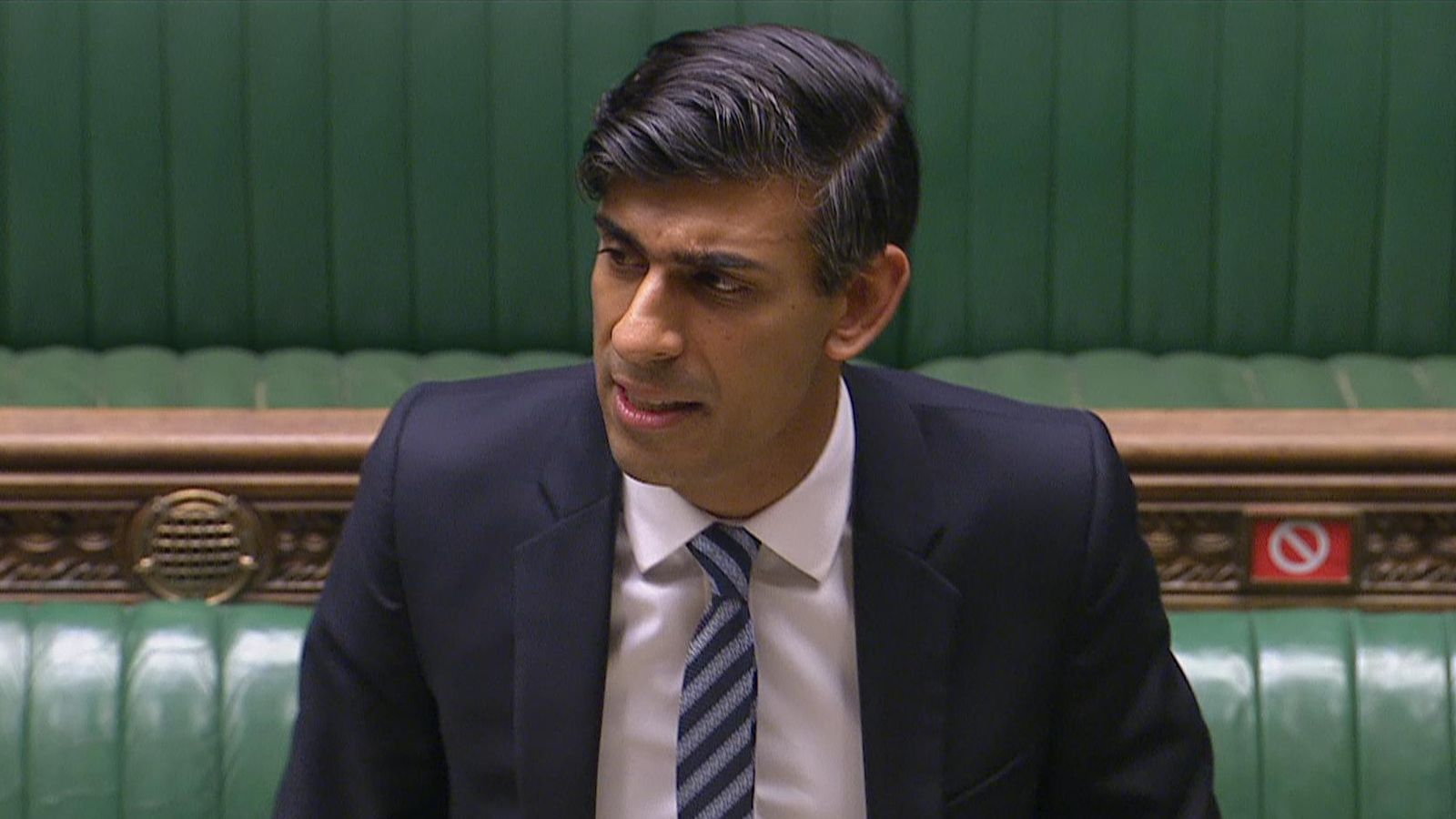 Chancellor Rishi Sunak has vowed to “go further” as he announced three new measures to help workers and businesses get through the winter and a coronavirus second spike.

Speaking in the House of Commons, he said cash grants of up to £2,100 a month will be given to firms in Tier 2 areas – enough for all affected hospitality, accommodation and leisure premises.

They will be retrospective, so any region which has been under enhanced restrictions can backdate their claim to August.

For self-employed people, the size of the grant they can access will also be doubled to £3,750 – with the amount of average profits they can claim for rising from 20% to 40%.

And there will be changes to the Job Support Scheme, which is for companies experiencing lower demand due to the COVID-19 outbreak.

Employees will only need to work 20% of their normal hours – instead of the original 33% – to be eligible.

And the government will significantly reduce the amount employers have to contribute – from 33% to 5%.

“The scheme will apply to eligible businesses in all alert levels,” Mr Sunak confirmed.

“So businesses that are not closed but face higher restrictions – in places like Liverpool, Lancashire, South Yorkshire and Greater Manchester as well as the devolved nations – will be able to access greater support.”

Mr Sunak explained he was making the changes because: “It is clear that even businesses that can stay open are facing profound uncertainty.”

He continued: “This is our plan. A plan for jobs, for businesses, for the regions, for the economy, for the country. A plan to support the British people.”

But Anneliese Dodds, Labour’s shadow chancellor, said she had been calling for the government to “get ahead of the looming unemployment crisis and act to save jobs” for months.

“Instead, we’ve had a patchwork of poor ideas rushed out at the last minute,” she added, suggesting some people had already lost their jobs because of the chancellor’s “inaction”.

“Why on earth was this not put on the table on Tuesday to reach an agreement with us?” he asked, referencing the breakdown in talks between local leaders and the government earlier this week.

“I said directly to the PM that a deal was there to be done if it took into account the effects on GM businesses of three months in Tier 2.”