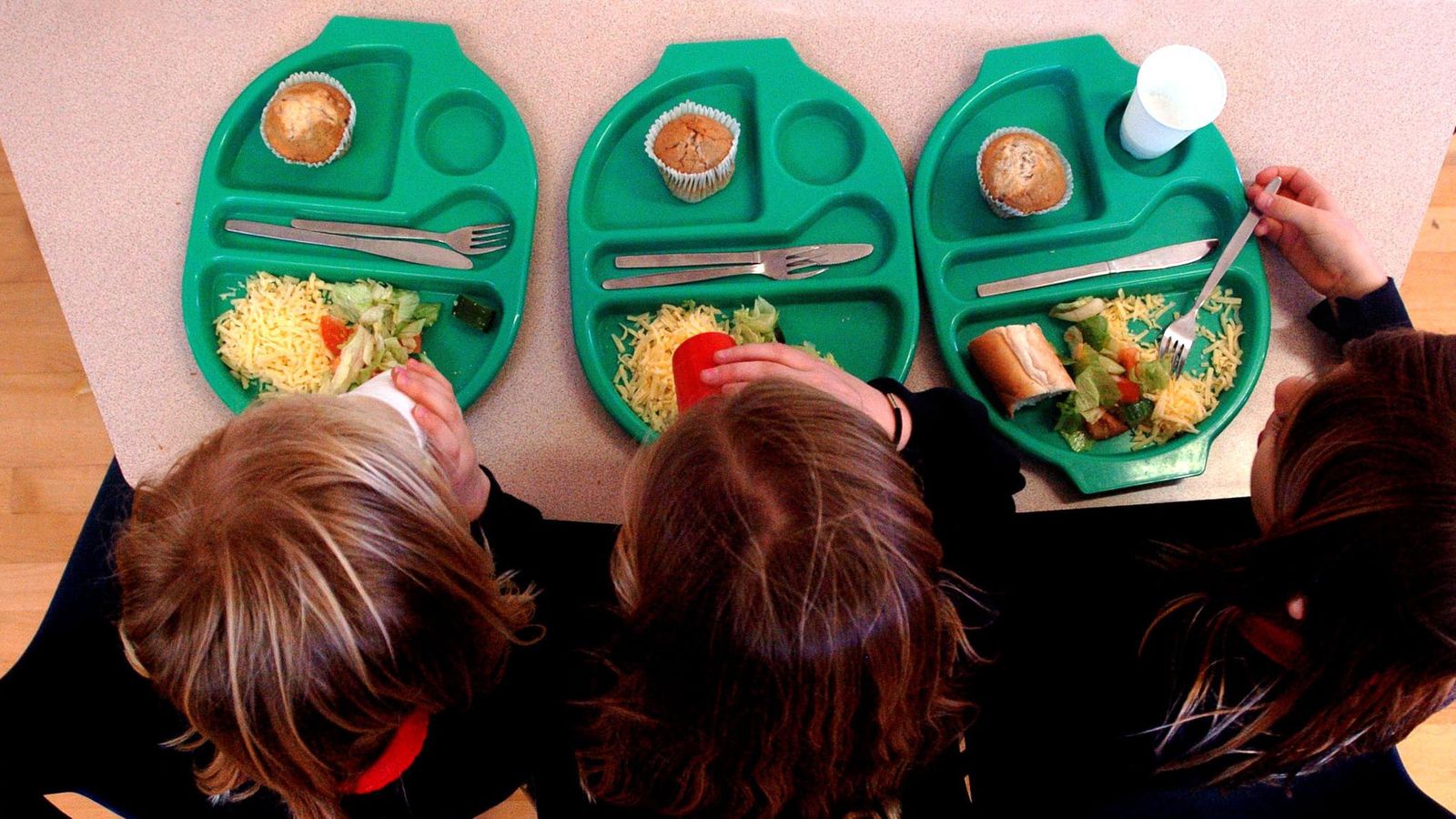 More than 2,000 paediatricians have signed a letter telling the prime minister that childhood hunger should “transcend politics”.

The Labour Party has also threatened to bring the issue back to the House of Commons if Mr Johnson does not relent.

Members of the Royal College of Paediatrics and Child Health said: “Few would disagree that one of our most basic human responsibilities is to ensure children have enough to eat.

“We call on the UK government to match the pledges of the Welsh and Scottish governments and the Northern Ireland Executive, to continue to provide children from low-income backgrounds with free meals over the coming weeks and to then extend this at least until the Easter school holiday, as they have done in Wales and Scotland.”

The organisation also praised Marcus Rashford, 22, for his “powerful” work on the issue.

The Manchester United footballer, who was given free school meals when he was a child, has been campaigning on behalf of the 1.3 million children who are eligible for the scheme.

His petition, which calls for various measures to end child food poverty, is closing in on 800,000 signatures.

In June, he forced a government U-turn, which resulted in the meals being extended to cover the summer holidays.

But a motion calling for a further extension was rejected by Tory MPs last Wednesday.

Councils from both sides of the political spectrum joined businesses such as cafes and restaurants, many of them struggling financially due to the pandemic, in stepping up with offers of free meals for children in need.

They were encouraged by Rashford, who posted their efforts on his social media accounts.

Labour has said it will force another vote in the Commons if the government does not change its policy before the Christmas recess and extend free school meals during the school holidays until Easter 2021.

Shadow education secretary Kate Green called on Mr Johnson to meet Rashford’s taskforce “as a matter of urgency” and even some of Mr Johnson’s Conservative colleagues have said he should reconsider his stance.

Robert Halfon said meeting Rashford was a “no-brainer” and Tobias Ellwood said extending the meals over the holidays was a “simple and practical vehicle” to support families, adding that the government should “revisit” the issue.

Regarding the community effort to help feed vulnerable children, a Number 10 spokesman said: “I believe the PM said during PMQs that free school meals will continue during term time and that he wants to continue to support families throughout the crisis so they have cash available to feed kids if they need to.”

Also, Sky’s chief political correspondent Jon Craig revealed on Saturday that Rashford had written a “personal” letter to the prime minister at the start of September but the footballer did not receive a response.

Corbyn told he will be barred from sitting as Labour MP for three months
GM went public 10 years ago, and it’s been a mediocre investment — here’s how it can improve for the next 10
Uncle Frank’s Sophia Lillis Is As Surprised As Anyone That She Does So Many Period Pieces
NASA-Boeing Lunar Lander Procurement Bid Under Investigation: Report
Apple will cut App Store commissions by half to 15% for small app makers