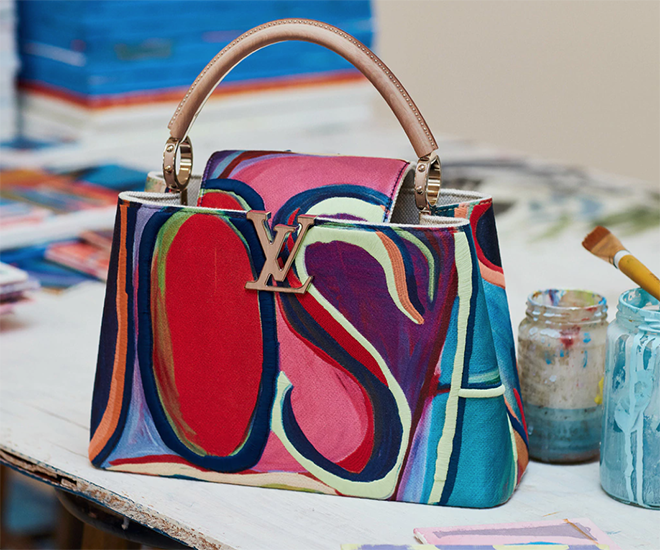 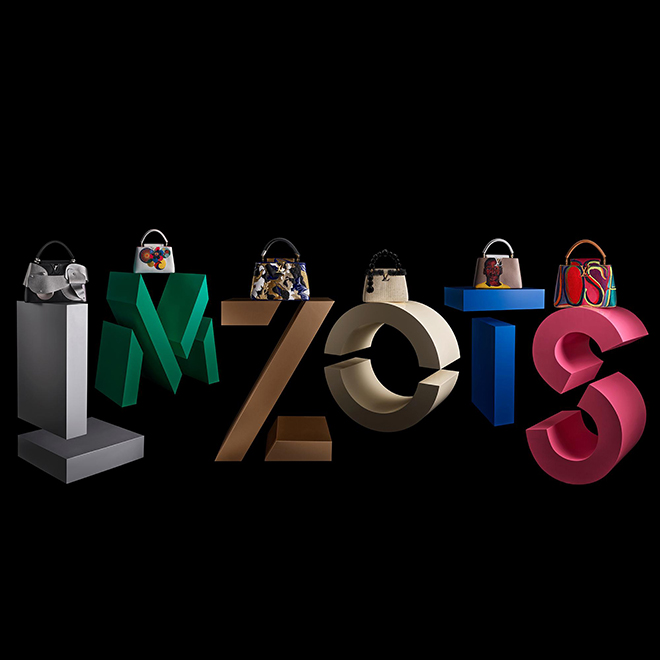 First launched in 2013 and named after Rue des Capucines, the Parisian street on which Louis Vuitton opened his first store in 1854, the Capucines bag quickly became a contemporary classic. Ushering in a third instalment of the highly successful Capucines release, the latest Artycapucines Collection comes a full year after the last. 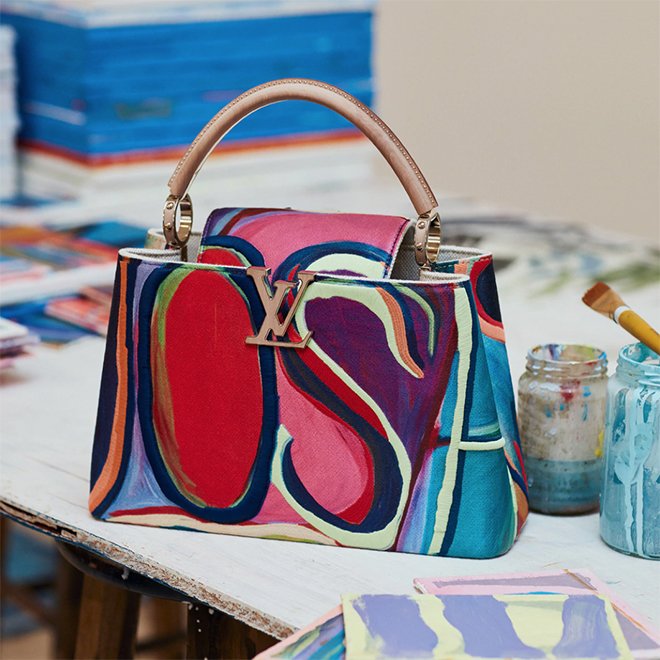 Juxtaposing at least 18 different types of leather on the bag’s lambskin base using innovative marquetry techniques, Brazilian artist Beatriz Milhazes draws inspiration from her native country, creating a bag that takes after the vibrant and hypnotic paintings seen in her own career. Further enhanced by gold leaf detailing, and the playful touch of a gel peace sign, Beatriz Milhazes’ capucines is a direct contrast to the geometric architectural form crafted by Liu Wei. 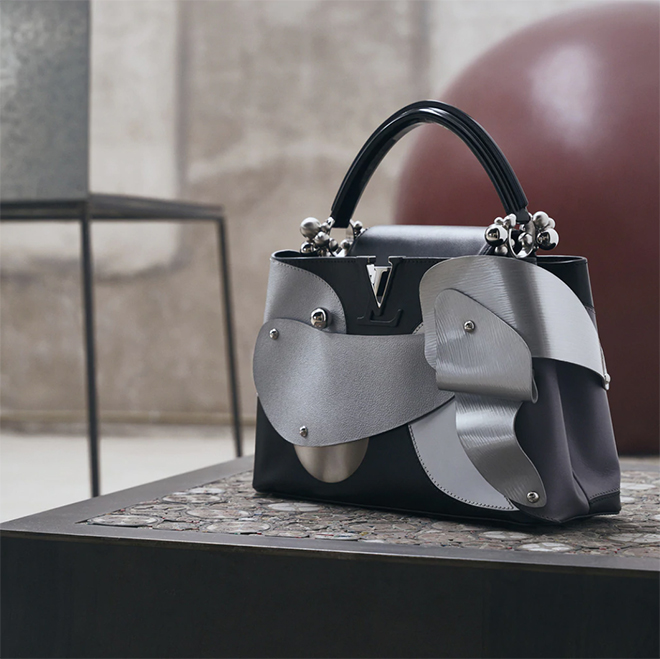 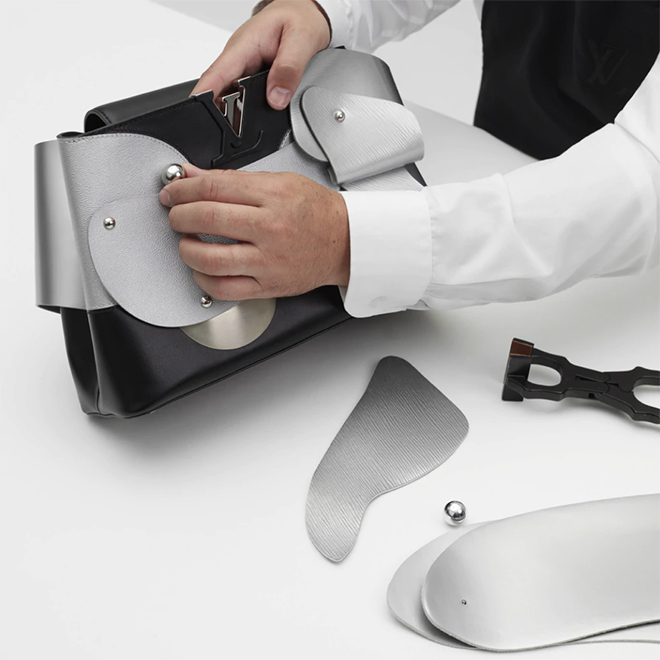 Each with its own flair, the striking portrait of close friend, late American painter and installation artist Noah Davis, is hard to miss when admiring the work of Californian artist Henry Taylor. Utilizing both cutting-edge laser printing and traditional marquetry techniques – the process of reproducing a painting on leather to replicate its original brushstrokes and varied textures proved to be no easy feat. Entailing countless experiments with 2D and 3D printing methods, Henry Taylor’s final product boasts a portrait so remarkable, it’s regarded a sculptural bas-relief. 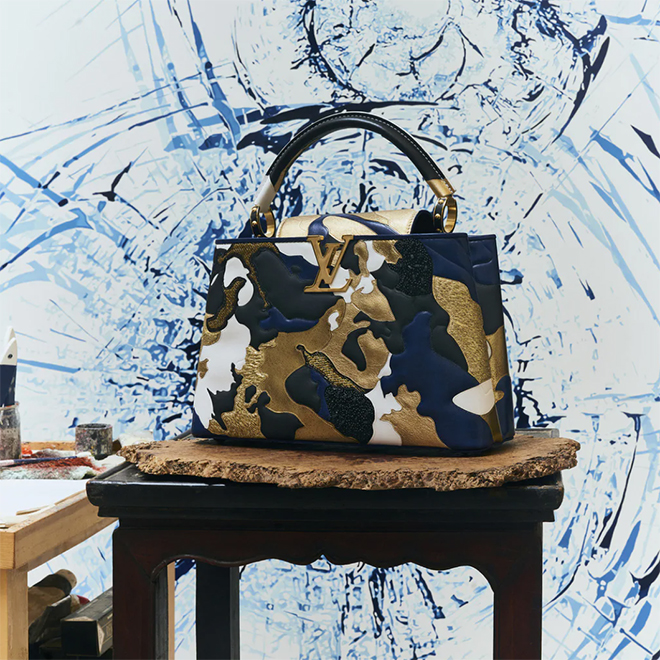 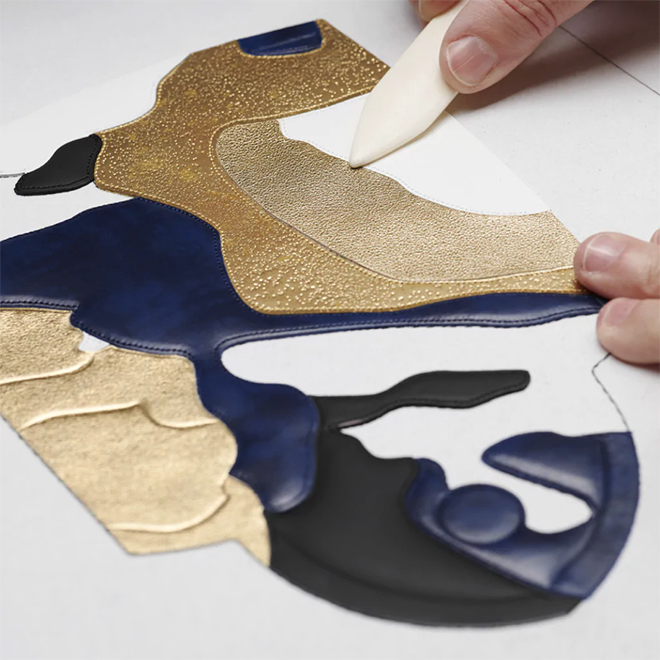 Taking the form of a sophisticated puzzle, Chinese artist Zhao Zhao crafts his Artycapucines from over three hundred laser-cut parts sewn together into an elegant, reflective composition. Through a number of exclusive techniques including, silkscreen printing, high-frequency embossing, and 3D embroidery, Zhao Zhao collected pieces from five different types of leather and transformed them into a pattern, covering the bag like a glove and in its entirety. 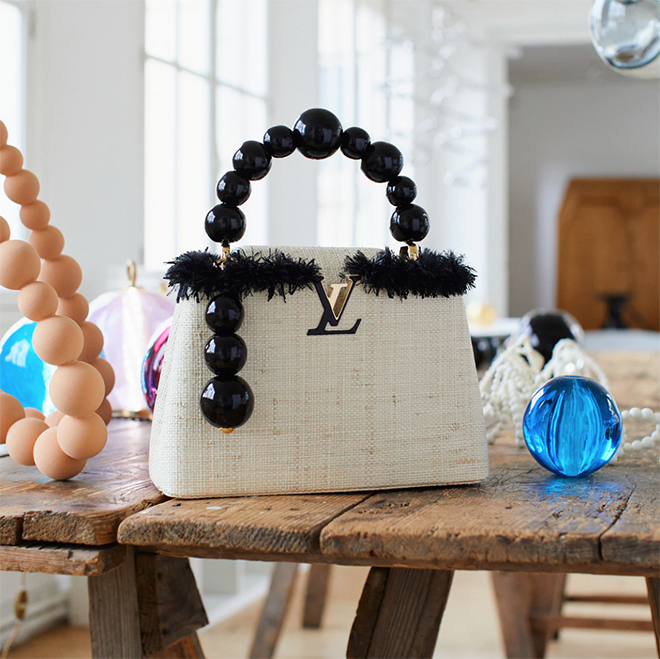 Other variations include, the painted expressionist canvases of New York-based artist Josh Smith, and a poetically joyous summer basket by Jean-Michel Othoniel. Available from the 30th October onwards, each bag in the Artycapucines collection will be released in a limited edition of 200 in selected stores worldwide.

AEW’s Nyla Rose Takes Sledgehammer to Jaguar In Wild New Trailer By Director X!
Facebook and Twitter defend election safeguards and moderation practices before the Senate
NASA-Boeing Lunar Lander Procurement Bid Under Investigation: Report
5 Reasons Why Dredd Is, And Probably Always Will Be, My Favorite Comic Book Movie
The Best Supernatural Shows to Watch on Netflix