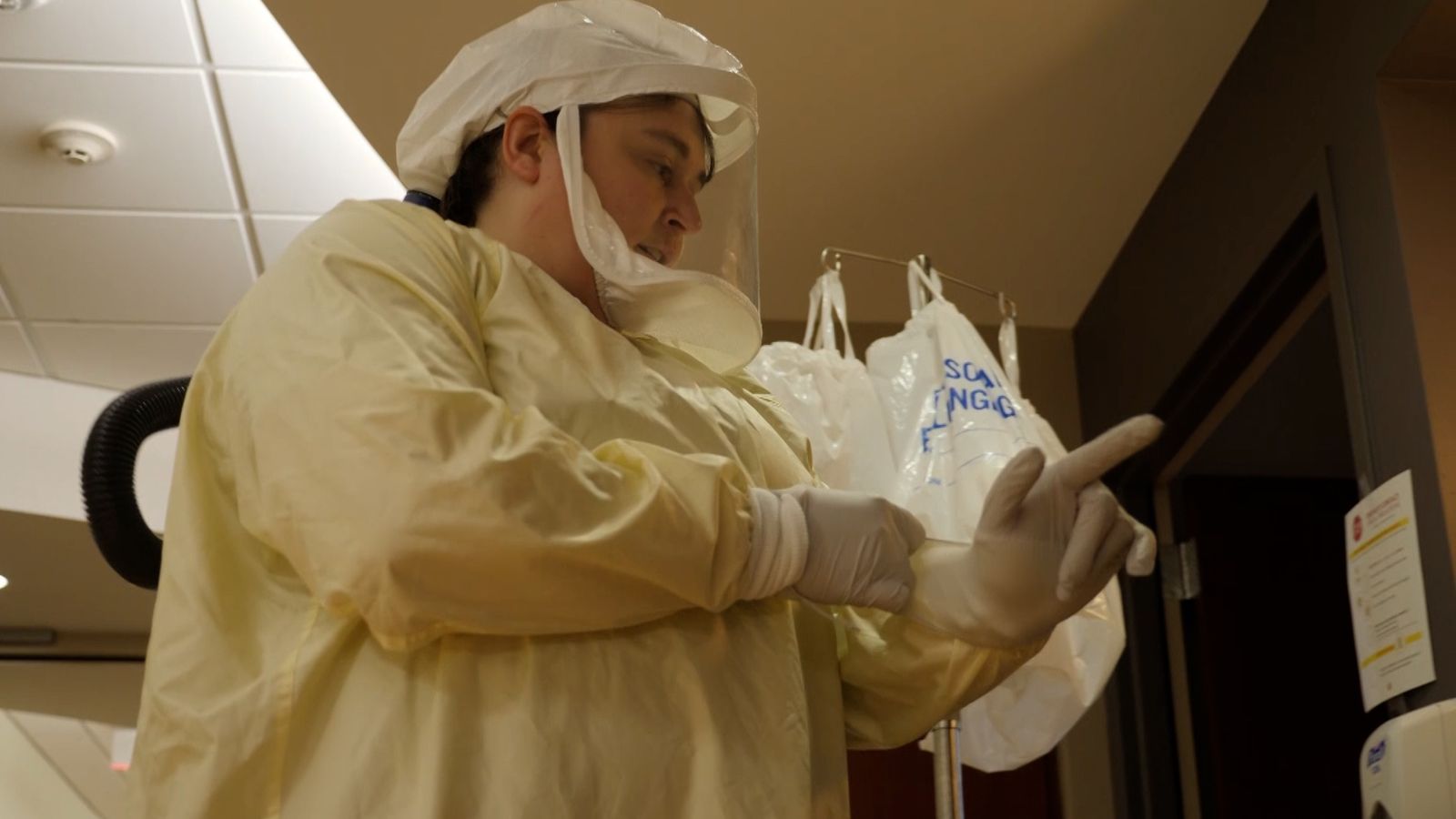 They used to joke that social distancing would be easy in North Dakota.

Being six feet from someone, they said, always felt a bit too close anyway.

For many in the wide open spaces of America’s prairies, where they pride themselves on their stoicism, the joke has fallen flat.

North Dakota has, according to the Federation of American Scientists, the highest mortality rate from COVID-19 not just in the US but in the world.

The surge in cases over recent weeks is beginning to overwhelm hospitals, many of them in small rural communities like Jamestown.

In the emergency room at the city’s regional medical centre, Dr Steve Inglish says, in a small community, his team is often looking after patients who are friends and neighbours.

“They’ve had to take care of people they know and you take it personally when you don’t have that outcome that you want,” he says.

“When you see their family members in the store it’s almost hard to look them in the eye you. In your heart you believe that you did everything you could but it’s hard.”

Nurse Rachel MacDonald hasn’t hugged her husband or son for more than a hundred days, she says, to lower the risk of spread.

The thing that brings her to tears though is that she cannot reassure terrified patients by something as simple as holding their hand. 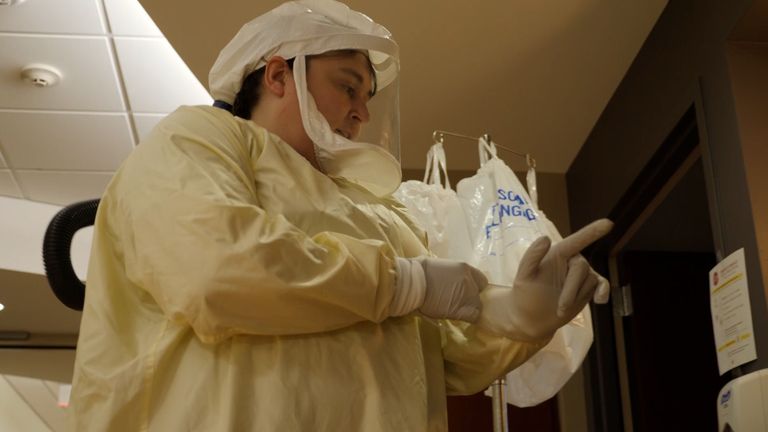 Doctors and nurses struggle to keep up as COVID-19 cases steadily rise, yet locals continue to question regulations

The hospital activated its surge plan last week, with just one bed available.

Lynne Tucker was admitted to the coronavirus ward on Friday. Cautious since the start of the pandemic, she is baffled at how she contracted the virus.

“For so long it didn’t touch us, we were following rules,” she says.

“It’s scary and the death rate is going up. A priest just died just before I came in and that makes it too real for me.”

It is a sentiment many share. The pandemic they watched from a distance for so long, is now hitting hard in their own communities.

The places in the UK with most hospital COVID patients

“I haven’t really seen enough evidence yet to convince me I should stay at home and twiddle my thumbs and weep over it,” said Bev.

She accepted her view was “harsh, North Dakota harsh”.

Three miles away at the Jamestown Regional Medical Centre, they tell a different story.

“I’m worried about whether we’re going to have the room,” said nurse Rachel MacDonald.

“Do we have enough nurses to take care of these patients and do it well? Some days it doesn’t feel like we do.”

The ambulances of Jamestown once went to New York to help out in the pandemic. They are now overwhelmed on the home front.

Rural America is now the frontline.