Boris Johnson is poised to announce up to a week of freedom from COVID-19 restrictions at Christmas – but tough rules will remain in force in England after the national lockdown ends on 2 December.

The aim – subject to agreement from the governments of Scotland, Wales and Northern Ireland – is for a UK-wide relaxation of rules, reportedly from December 22 to 28, so that several families can join in one “bubble”.

It is also likely that, under the “four nations” plan, families will be allowed to attend Christmas church services and that pubs and restaurants may be able to open for a limited period over the holiday period.

The prime minister, still isolating in Downing Street, will chair a rare Sunday afternoon Cabinet meeting, and then on Monday he will make a Commons statement to MPs and publish his “COVID Winter Plan”.

Foreshadowing the PM’s Commons statement, Number 10 said: “It will also set out how people will be able to see their loved ones at Christmas, despite ministers being clear this will not be a normal festive period.”

Ahead of the Cabinet meeting, First Ministers Arlene Foster, Nicola Sturgeon and Mark Drakeford held a meeting with Cabinet Office minister Michael Gove “on a UK-wide approach to celebrate Christmas despite COVID“.

Ms Foster, Northern Ireland’s first minister, disclosed that during the meeting she outlined the need for extra flexibility to help those travelling in either direction between Great Britain and Northern Ireland.

In his statement to MPs, the PM will confirm that England’s national lockdown will end on 2 December, but the country will move back into a three-tier system of regional restrictions, which was in force from October 14 until November 5.

But Downing Street has also confirmed that while some local measures will be similar to those in place previously, the tiers will be strengthened in some areas to safeguard gains made during the national lockdown.

Ministers will announce on Thursday which areas in England will be in each tier, but the government has signalled that more areas will be in higher tiers to keep the virus under control and avoid another national shutdown.

“Everyone’s efforts during the current national restrictions have helped bring the virus back under control, slowed its spread and eased pressures on the NHS,” a Number 10 spokesperson said.

“But the prime minister and his scientific advisors are clear the virus is still present – and without regional restrictions it could quickly run out of control again before vaccines and mass testing have had an effect.

“That would put in jeopardy the progress the country has made, and once again risk intolerable pressure on the NHS.” 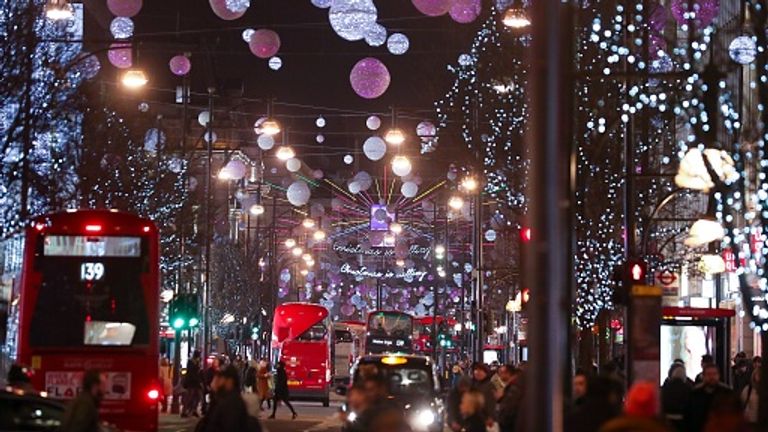 Coronavirus: Can the PM save Christmas?

The plans emerged as the government announced a further 341 coronavirus deaths, bringing the UK total to 54,626.

Saturday’s figure was down on the previous day, when 511 deaths were recorded, as well as last Saturday’s total of 462 deaths.

The Office for National Statistics has said the number of coronavirus infections in England appears to have “levelled off” in recent weeks.

According to Number 10, Mr Johnson will tell MPs the pre-Christmas restrictions will not last any longer than absolutely necessary and will take into account the need to protect livelihoods and support the economy. The data and what it shows for lockdown 2.0

He will pledge that the tiers will be reviewed on a regular basis and there will be a Commons vote on the three-tier system before it comes into force.

But rebel Tory MPs have served notice that they are preparing to oppose the prime minister’s plans for restrictions to replace the national lockdown without extensive evidence they will save more lives than they cost.

The COVID recovery group (CRG), led by former chief whip Mark Harper and ex-Brexit minister Steve Baker, is threatening to withhold support for the prime minister’s measures when the four-week lockdown in England expires on 2 December.

The pair have written to Mr Johnson with their demands, in a letter it is claimed has been signed by 70 Conservative MPs, though the individuals have not been identified.

In the letter, the MPs complain: “Even the tiered system of restrictions infringes deeply upon people’s lives with huge health and economic costs.

“We cannot support this approach further unless the government demonstrates the restrictions proposed for after December 2 will have an impact on slowing the transmission of COVID, and will save more lives than they cost.”

They called for the government to publish a “full cost-benefit analysis” of the proposed restrictions, as they warn “the lockdown cure prescribed runs the very real risk of being worse than the disease”.

They also raise specific concerns about outside sport, the 10pm curfew for pubs and restaurants, closure of non-essential retail and care home visits.

“We cannot live under such a series of damaging lockdowns and apparently arbitrary restrictions, and expect our constituents to be grateful for being let out to enjoy the festive season, only to have strict restrictions imposed on them afterwards that cause them health problems and destroy their livelihoods,” the MPs wrote.

In his Commons statement, Mr Johnson will claim recent positive developments on vaccines and mass testing provide real confidence that economic and social restrictions to control coronavirus can be gradually reduced in the run-up to Spring.

The prime minister will confirm that, provided vaccines are approved by regulators, the first injections can be made next month before being rolled out more widely in the new year.

And despite the failings of the government’s much criticised test and trace system, the PM will also claim progress in mass testing is expected to help provide a way to suppress the virus and relax restrictions.

The government’s scientific advisers, SAGE, are likely to publish further papers on Monday, setting out the scientific advice that the previous tiers were not strong enough, and that a tougher regional approach is required.

Downing Street added: “The COVID Winter Plan will also set out how scientific advances in vaccination, treatments and testing will help enable life to gradually return closer to normal.

“Next month, the vaccination programme will begin – provided regulators approve the vaccines – and increases in mass testing will allow us to identify and isolate people who don’t have symptoms.

“It is the prime minister’s hope and belief that progress in mass testing can – if everyone continues to pull together – provide a way to suppress the virus and relax restrictions until a vaccine becomes available.” 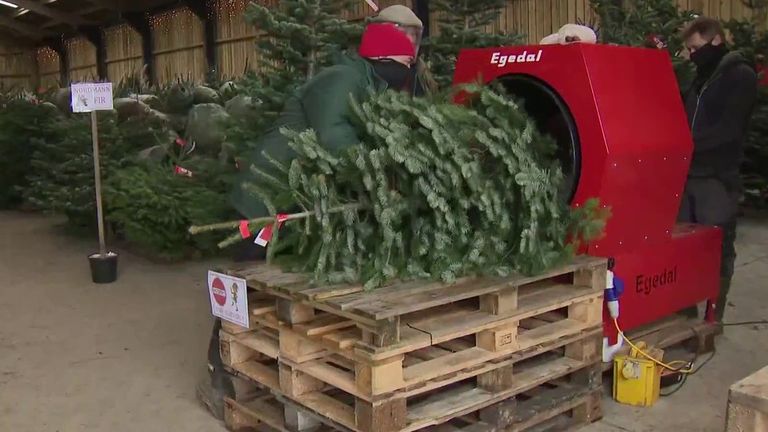 Families prepare for an unusual Christmas

On Wednesday, Chancellor Rishi Sunak will announce in his Spending Review a £3bn one-year package to support the NHS in tackling the impact of COVID-19.

According to the Treasury, £1bn will be to tackle backlogs and allow patients who have experienced delays this year to be fast-tracked and treated for non-urgent procedures.

Mr Sunak will also announce £325m next year for NHS diagnostics, which could replace more than two-thirds of older screening equipment and help diagnose patients with cancer and other serious illnesses.

And around £500m will fund a Winter Mental Health Plan, helping to support mental health referrals delayed due to the pressures of pandemic and support measures to invest in NHS workers.