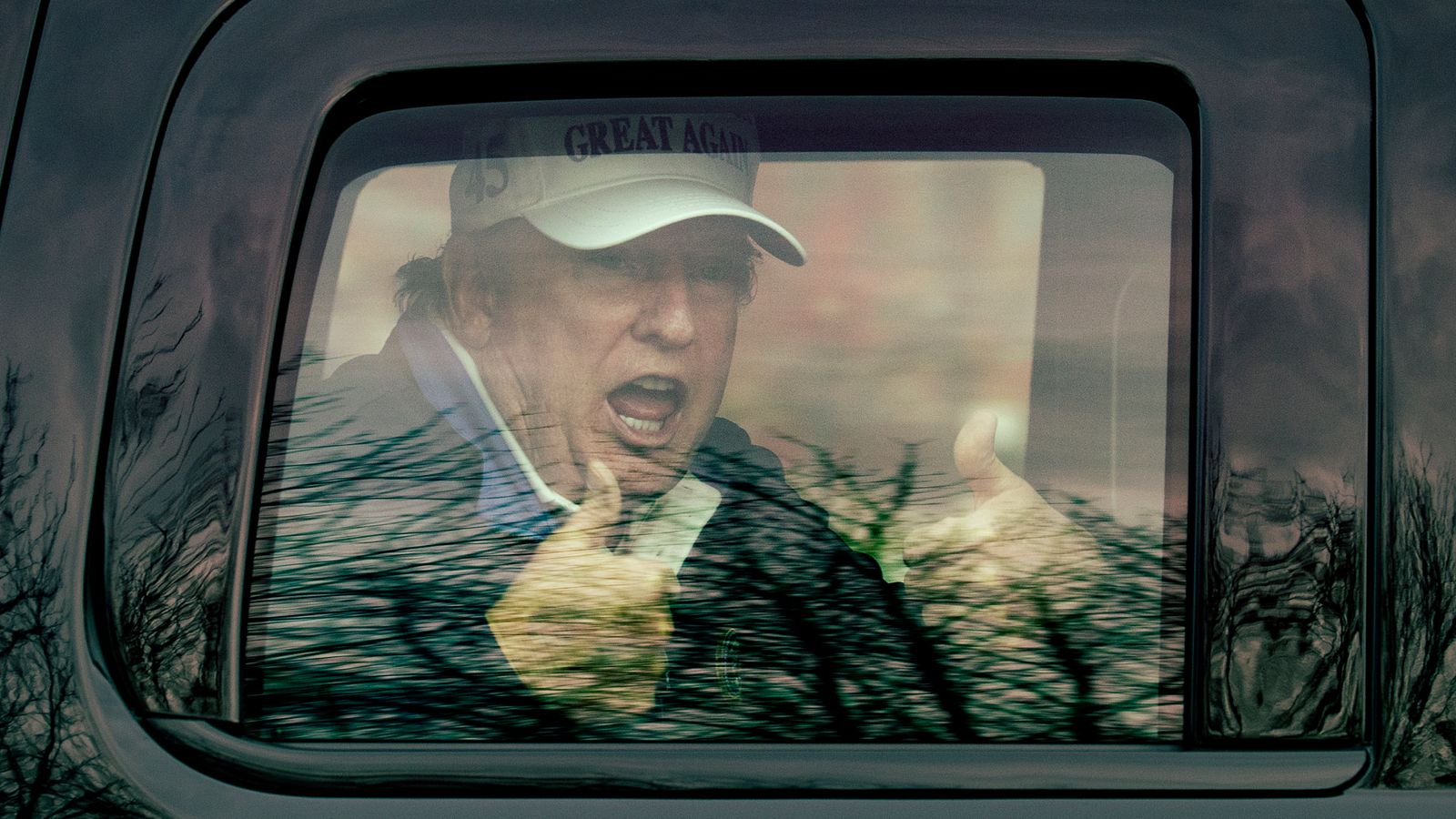 After weeks of crying fraud and refusing to capitulate, Donald Trump got as close as we’ll probably ever see to a concession.

He has effectively surrendered his protest of election results by submitting to the Biden transition. In the end, he bowed to public pressure.

It wasn’t, of course, some magnanimous throwing in of the towel, a mea culpa for all the bad blood. It was never going to be that. But the writing was on the wall. He knows it. Increasingly, even the loyalists know it…increasingly.

What does GSA being allowed to preliminarily work with the Dems have to do with continuing to pursue our various cases on what will go down as the most corrupt election in American political history? We are moving full speed ahead. Will never concede to fake ballots & “Dominion”.

Perhaps the starkest, most sobering assessment of the political possibility of him snatching victory from the jaws of defeat, came from his once much-beloved Fox News.

The anchor, Laura Ingraham, a great supporter of Mr Trump, told her audience: “Joe Biden will be inaugurated on January 20th… To say this constitutes living in reality. If I told you there was an excellent, phenomenal chance that (the Supreme Court) will step in and deliver a victory to President Trump, I’d be lying to you.”

It felt like a line reluctantly drawn in red marker on Mr Trump’s exam paper.

The closing stanza of a very unpoetic close to presidency.

Whatever the president’s public pronouncements about continuing a legal fight, he seems to know the writing is on the wall. And the timing gives us a good indication of that.

He chose to publicly declare he would co-operate with Mr Biden’s team on the same day Michigan became the latest state to certify its results.

And the Supreme Court in Pennsylvania has rejected the latest manoeuvre from the Trump legal team.

Over the weekend, there was clearly trouble brewing in Mr Trump’s conspiracy-laden legal team.

They distanced themselves from Sidney Powell, who took part in their press conference days before and accused China, Venezuela, and Mr Biden of being part of a international plot to steal the election.

Ms Powell was too much, it appeared, even for Rudy Giuliani and Mr Trump. But it the end, it was the mounting legal defeats, the insurmountable margins, not the controversial advocates that sealed Mr Trump’s fate.

By continuing to subvert the vote and delay the handover, Mr Trump risked becoming isolated within his own party as more and more Republicans recognized Mr Biden as president-elect. Yes, he’ll keep fighting some legal battles but to what end? Now Mr Trump has set in motion a peaceful transfer of power, paving the way for Mr Biden to tap public funds, receive security briefings and gain access to federal agencies.

It is a bit of perfunctory normalcy after weeks, indeed years, of the unorthodox. But fraud may well remain forever on Mr Trump’s lips and on those of many of his supporters. He has sowed the seeds of scepticism and the tree of doubt will take years to uproot.

Why Chris Evans Commenting On That Captain America Rumor Is A Bigger Deal Than It May Seem
A Study in Detective Duos
Tommy Lister Legally Changed Name to ‘Debo’ in Homage to ‘Friday’
Macaulay Culkin Supports Editing Donald Trump out of ‘Home Alone 2’
‘Don’t blow it now’: Hancock says ‘brighter times’ ahead but public must stick to rules