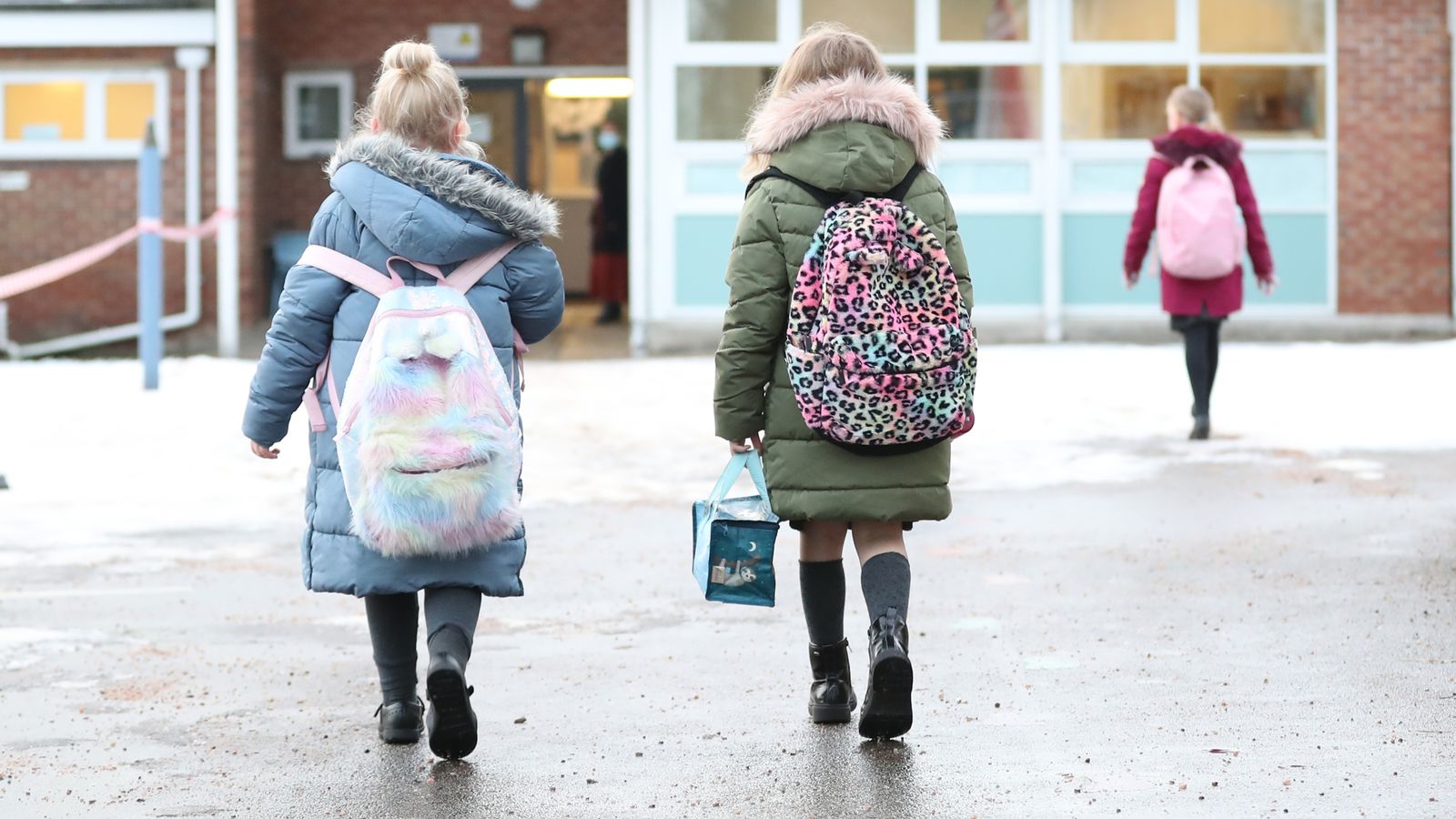 Education Secretary Gavin Williamson has signalled pupils could be told in a week’s time if they will be returning to classrooms after the February half-term.

Appearing on Sky News, Mr Williamson said his Department for Education would “want to give all schools a clear two weeks’ notice period” ahead of their full reopening.

Live COVID news from UK and around the world

“What we will be wanting to do is to give schools as much notice as possible so teachers can get ready, children can prepare, and parents know in order to manage their lives,” he said.

“We would want to give all schools a clear two weeks’ notice period in order to be able to ready themselves.”

Asked if that meant schools would be informed of the government’s plans in a week’s time – ahead of February half-term beginning for most pupils on 15 February – Mr Williamson said: “We’ll be wanting to give people as much notice as possible in order to prepare, in order to get ready, in order to welcome children back.”

However, he added that “one of the key criteria” as to whether schools reopen to all pupils will be whether the pressure on the NHS has started to lift.

“That’s why we had to take the national decision, very much in the national interest, one that I personally never would have wanted to take – to see schools closed again,” he added.

“We had to make that decision because the pressure on the NHS and needing to reduce movement in society and in communities.

“But schools were the last to close and schools will very much be the first to open.”

When he announced England’s third national lockdown at the beginning of this month, Prime Minister Boris Johnson set out his hope that schools might begin to reopen after the February half-term.

Earlier this week, England’s deputy chief medical officer Dr Jenny Harries suggested schools might not all reopen at the same time across England as lockdown restrictions are eased.

She raised the prospect of schools reopening earlier in some parts of the country than others, depending on infection rates.