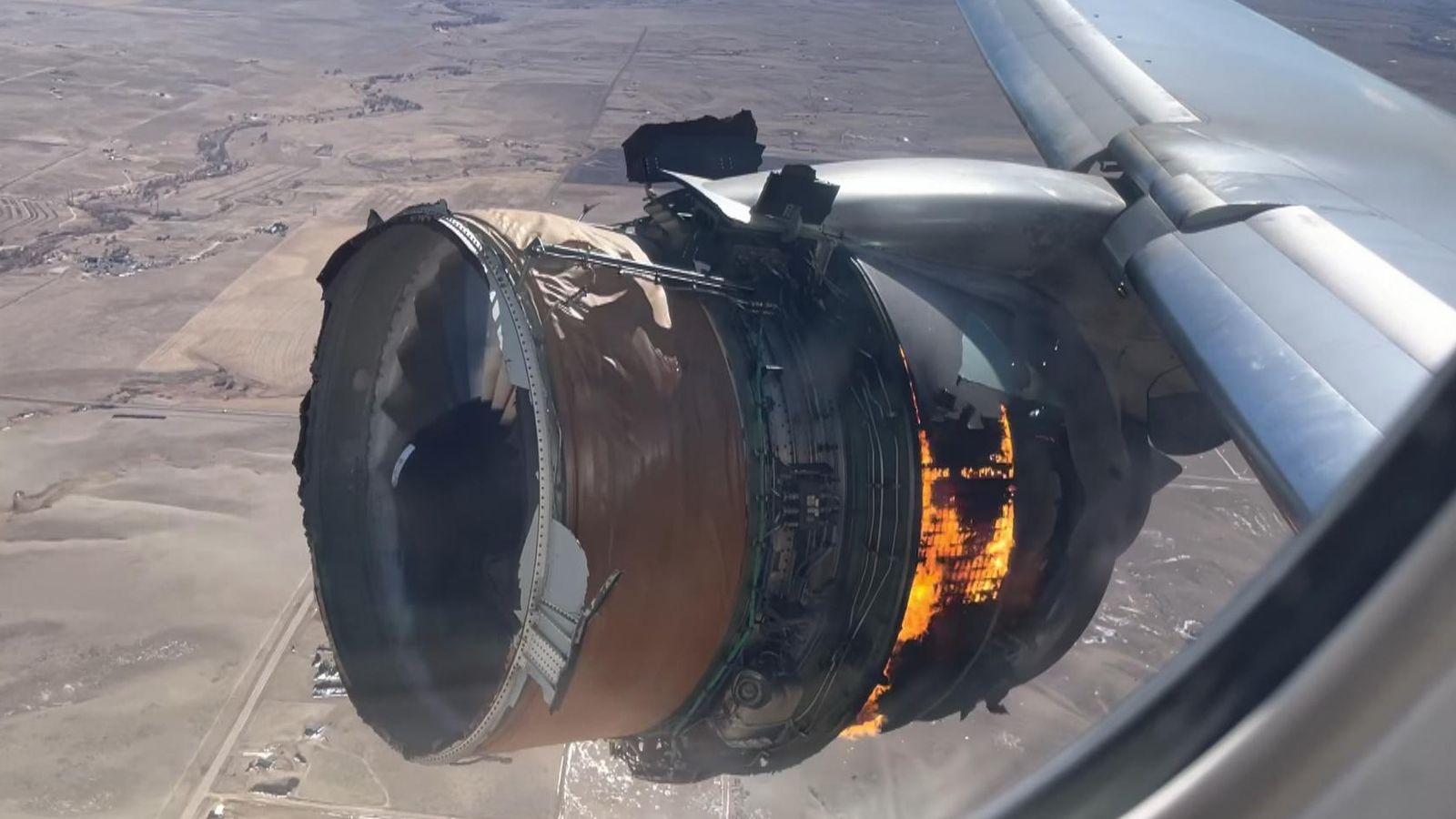 Boeing has recommended temporarily stopping flights of planes with a similar engine to one that suffered a catastrophic failure mid-flight over the weekend.

A United Airlines bound for Hawaii was forced into an emergency landing on Saturday as its right engine was seen engulfed in flames and debris plunged towards the ground.

All 231 passengers and 10 crew onboard, as well as those on the ground, were unhurt.

Boeing has now said operations of all 777s powered by Pratt & Whitney engines should be suspended until the Federal Aviation Authority (FAA) finds an appropriate protocol for inspections.

Currently, there are 69 such planes in service and 59 in storage.

The FAA earlier ordered inspections of the hollow fan blades unique to the engine model be “stepped up”.

At least three other incidents involving Pratt & Whitney engines have been logged in recent memory.

• Three months ago, a flight between Okinawa and Tokyo was forced to turn back after an engine explosion six minutes after takeoff

In each of the incidents, no one was hurt.

Two of the engine’s fan blades from the Hawaii flight were fractured and the rest of them “exhibited damage”, according to a separate statement from the National Transportation Safety Board (NTSB).

However, it added it was too early to draw conclusions about how the incident happened.

United Airlines, the only US airline to use the engine model in its fleet, is temporarily removing affected planes from service.

It said it will work closely with the FAA and the NTSB to “determine any additional steps that are needed to ensure these aircraft meet our rigorous safety standards and can return to service”.

Japan has gone a step further and decided to stop operating a total of 32 planes with that engine, according to Nikkei Asia.

The country’s ministry of land, infrastructure, transport and tourism also ordered the planes out of service.

Joe Biden to hold Saudi Arabia ‘accountable for human rights abuses’ after Khashoggi report
Put Your Best Foot Forward With These Shoe Launches
Facebook is ‘looking at’ facial recognition technology for upcoming smart glasses, executive confirms
Art Pop: Top 3 Names Whose Progress Are Worth Following and Recognising
Trump is making his first public appearance since leaving the White House – and ‘has scores to settle’