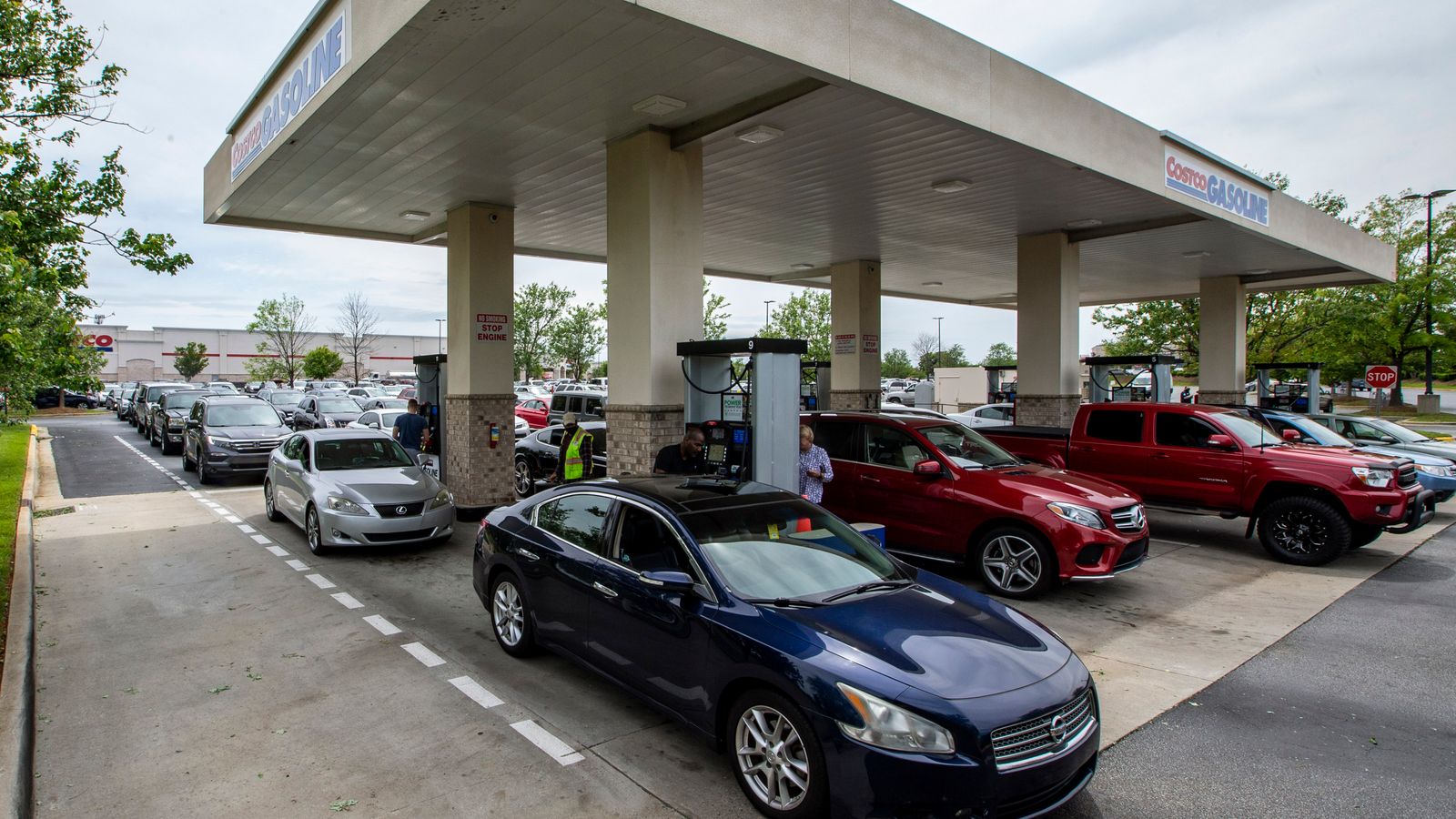 People should not fill up plastic bags with petrol, a US safety body has warned – while tensions continue to boil over between drivers trying to buy fuel.

The United States Consumer Product Safety Commission told people to only use containers approved for fuel, and not plastic bags.

The safety body also tweeted that gas canisters should not be filled up over or near an open flame.

The shortage has led to long queues at petrol stations across the East Coast, with tensions bubbling over in some parts after two people were filmed fighting while waiting at a petrol station in North Carolina.

“Do not fill plastic bags with gasoline. Use only containers approved for fuel,” the body tweeted.

“When using a gas canister, never pour gasoline over or near an open flame. Flame jetting is a sudden and possibly violent flash fire that can occur when pouring flammable liquids from a container.”

The warning comes after a ransomware attack on Colonial Pipeline in Alabama led to the fuel shortage.

The pipeline supplies almost 50% of fuel on the East Coast of America, but operations were shut down after the attack by DarkSide on Friday.

The pipeline has since restarted, the company said on Wednesday evening, with it adding it “means that all lines, including those lateral lines that have been running manually, will return to normal operations”.

However, Colonial said it would take several days for deliveries to return to normal.

The disruption has not only caused shortages, but petrol prices have gone up to their highest level in nearly seven years.

Prices were rising across the US, with demand increasing as the effects of the coronavirus pandemic began to ease.

The average price of petrol has increased by about 60% over the past year, but prices are still cheaper than in the UK.

Supplies this week in states up and down the East Coast have been running low, with the governor of North Carolina declaring a state of emergency.

By Monday night, around 7% of petrol stations in Virginia had run out of fuel – with similar reports in Georgia, Florida, Alabama and South Carolina.

People have been asked not to panic buy, but there are reports of large queues forming outside petrol stations.

Do not fill plastic bags with gasoline.

Authorities in Washington DC have regularly made contingency plans for potential attacks on energy infrastructure, warned of Russian malware and have even tried to insert their own malware into Russian energy networks.

However, the motivation behind the cyber attackers in this instance appears to be extortion, rather than about geopolitics.

The FBI, which has confirmed the use of DarkSide software, issued warnings to other utility companies, telling them to be wary of similar attacks on their own infrastructure.