The public must “see true freedom again”, a former Conservative minister has said, as the government delayed lockdown easing in England for four weeks until 19 July.

Steve Baker, MP for Wycombe, called on Health Secretary Matt Hancock to explain under what conditions the country will move to step four of the government’s roadmap, noting many people forecast that the measures would be extended into July.

Fellow Conservative MP and chairman of the Justice Select Committee Sir Bob Neill warned it is “unconscionable” for economic support to not be extended for four weeks alongside the restrictions.

It came as Boris Johnson, speaking at a Downing Street news conference on Monday evening, announced a four-week delay in lifting lockdown restrictions in England to 19 July amid rising cases of the Delta variant.

The PM said the postponement of step four of the government’s roadmap, which was due to take place on 21 June, will allow for more people to receive their second jab before further easing of restrictions takes place.

The proposed extension will be reviewed to see if action can be taken two weeks sooner on Monday 5 July.

MPs will get to have their say on the delay in a Commons vote on Wednesday, the PM’s spokesperson has said.

The PM also announced that the time between vaccine doses has been shortened for people aged over 40 – from 12 weeks to eight weeks – with all in this age group to be offered a second dose by the week of 19 July.

It is “sensible” to put back the end of all legal limits on social contact to 19 July, the PM said, adding that he is “confident” no further delay will be necessary.

“We can simply keep going with all of Step 4 on 21 June, even though there is a real possibility that the virus will outrun the vaccines and that thousands more deaths would ensue which could otherwise have been avoided.

“Or else we can give the NHS a few more crucial weeks to get those remaining jabs into the arms of those who need them,” Mr Johnson said.

The PM did announce some changes, scrapping the 30-person limit on weddings from 21 June as planned and removing the requirement for care home residents to quarantine for 14 days after day trips.

But following a statement from Mr Hancock in the Commons outlining the government’s decision on Monday evening, numerous Conservative MPs expressed their concern at the move.

Mr Baker, a member of the COVID Recovery Group (CRG) of Conservative backbench MPs, said: “”Across our country, alarming numbers of people not only forecast that this extension would happen, but increasingly believe that they are never going to see true freedom again – freedom from these restrictions which he has promised us.

“What more can he say about the conditions under which we will get to step four to reassure those people that this government will actually set them free and indeed, in due course, set them free from all of the paraphernalia of the management of this pandemic?”

Matt Hancock replied: “I want to get rid of all of the restrictions that have been put in place to manage this pandemic and we will get there.”

Adding that he wants the restrictions removed “as soon as safely possible”, Mr Hancock said: “That is our goal, it is a difficult balance – I think we have got the balance right unfortunately today.”

Meanwhile, Sir Bob said: “Has (Mr Hancock) not recognised that just a few weeks or ‘a little longer’ in the prime minister’s parlance, makes the difference between survival or closure for some businesses.

“Will he recognise that therefore forcing businesses to remain closed for a further period without financial support being extended for the same equivalent period is unjust, unconscionable and unsupportable – will he take that back to the chancellor and the prime minister please?”

Labour Mayor of London Sadiq Khan echoed this sentiment, adding: “The government must now act urgently to extend economic support to all businesses who need it.”

Many businesses effected by the postponement of lockdown easing have also called on ministers to stump up more cash to support them.

Those forced to remain closed will have to start contributing to furlough payments from 1 July. 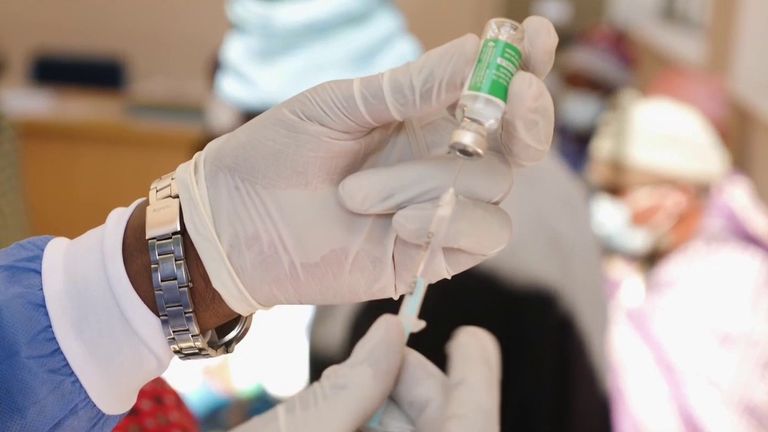 The delay from 21 June to 19 July will mean firms such as pubs and restaurants still having to operate at limited capacity and others such as nightclubs staying shut – putting hundreds of thousands of jobs at risk, it is claimed.

Claire Walker, co-executive director of the British Chambers of Commerce (BCC), said: “This delay to the removal of restrictions will come as a hammer blow to those firms who must remain closed, and to those who continue to see their ability to trade severely restricted.

“It would be extraordinary if we saw government retracting support to businesses now.”

But a Treasury spokesperson said businesses can still access support.

“The furlough scheme is in place until September – we deliberately went long with our support to provide certainty to people and businesses over the summer.”

Outlining his reasoning behind the decision to delay lockdown easing, the PM noted that the UK has recorded more than 7,000 COVID cases on each of the last six days and the Delta variant is now accounting for more than 90% of new cases.

England’s chief medical officer, Professor Chris Whitty, warned the NHS could “run into trouble” if the number of people being admitted to hospital with coronavirus continues on an “exponential path”.

He added that delaying the lifting of coronavirus restrictions in England will “reduce significantly the risk of a very high peak” in infections in the coming weeks.

Shadow health secretary Jonathan Ashworth said Labour will support the extension of restrictions but said the move is only needed as Mr Johnson “left the backdoor open and let the [Delta] variant wash up on our shores”.

On the Radar: Is that bones I hear?
Bob Dylan Wins Lawsuit Filed by Desire Co-Writer’s Estate
UK ‘increasingly confident’ more countries will move to amber or green travel lists
From Trauma To Inner Peace With the Warrior of Love Amy Bingham
Gloria and Emilio Estefan Score Huge After Selling Miami Pad for $35M