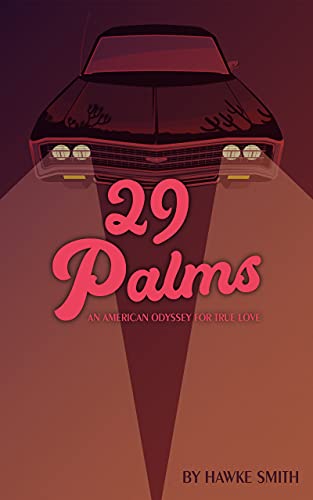 Hawke Smith is your average 20-something American who embarked on a life-changing cross-country journey searching for love and the meaning of life during the COVID-19 pandemic. He drove across the country, and now, he’s the author of 29 Palms: An American Odyssey for True Love and the creator of Vikare Publishing.

Pre-Pandemic: All Work No Play 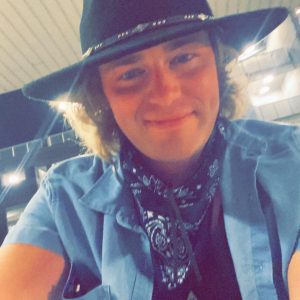 Before the global pandemic, Smith worked as a crane operator in an Alabama steel mill. He felt he was a mere cog in an endless cycle only to make a decent living. Smith did not get to spend the time he wanted with his children or living the life he always dreamed he would. He fantasized about a life rife with adventure, drawing inspiration from old-world myths and legends he read during childhood to plan the ultimate life adventure. The longer Smith went without a break, the stronger the need to take a break and run away grew.

Little did Smith know, he would get the break he had always dreamed of.

And So The Journey Begins

When the pandemic struck, the steel mill had to furlough Smith. The loss of his job presented an opportunity to experience the wonders of life outside working. So, on a random weekend, he decided to take a weekend trip to Savannah, Georgia. This city would be the first stop in his month-long national odyssey; however, he did not intend to embark upon one when he first traveled to Savannah. Instead, he made a promise to the girl of his dreams he’d go as far as his heart would take him before returning to her.

On May 22, 2021, he began traveling up the Atlantic Coast through Charlotte, North Carolina, and Washington, D.C. As Smith reached D.C., protests over George Floyd’s murder erupted. The farther north Smith traveled, the stricter the safety guidelines for the pandemic became. He did not let these things deter him all the while–he was focused on reaching Las Vegas to be reunited with his dream girl.

He continued up the coast to Bangor, Maine, where he discovered a ‘69 Chevy Caprice for sale and bought it. Smith would then use this vehicle to travel across the US. In his interview for this article, Smith mentioned the man who sold the Caprice joked about how many bodies one may or may not be able to fit in the trunk, and Smith was very grateful to him for selling him the vehicle.

Smith noticed how little pandemic restrictions seemed to dampen the overall mood of the people he met on his travels. In each place he visited, he connected with others who painted hope on their hearts during the tumultuous times instead of submerging in the heavy clouds of uncertainty and hopelessness so common across the nation. Each stop reminded him he was getting closer to his Las Vegas arrival, where the most beautiful girl in the world awaited him. After meeting her in Vegas, he traveled alone to 29 Palms, California, where his father was stationed in the 1980s as a Marine. Smith’s trip concluded on June 28, 2020, which would have been his father’s birthday.

In addition to stopping in towns, Smith visited a variety of parks and nature preserves along the way. He loved getting lost in nature, too captivated by its beauty to care where he was. Smith believes a common misconception about nature is that each forest, stream, and meadow is the same. Instead, he learned that each area carries a unique tune that observers can only hear by fully immersing themselves and listening for it.

Along his cross-country road trip, Smith journaled and took pictures and videos. He wanted to share the most beautiful places in the US only with the most beautiful girl in the world. She suggested Smith turn his journal into a book. Smith had always dreamed of writing a book but never felt he had a story to tell: until now. 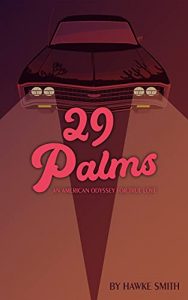 About a month after returning home, Smith began compiling his journal entries and memories into a draft. After less than three months, he had a final draft and searched for an agent to help with publication. After querying several agents, he realized he wanted to create his own publishing company. Thus Vikare Publishing was born. Thus far, the company has only published Smith’s debut book but aims to publish more authors in the future. The publishing company’s future publications will focus on telling personal tales from previously unheard, everyday voices.

After creating Vikare Publishing, Smith hired an editor to edit and correctly format the book. His uncle designed the front cover, inspired by the Caprice Smith purchased on his journey. 29 Palms was released on Smith’s dad’s birthday, a year after the odyssey’s conclusion. Smith intends to write a sequel for 29 Palms in addition to several prequels that focus on revealing his origins and who he used to be before his travels.

Looking back, Smith believes there is nothing he would have changed about his journeys. He felt fate carved this path for him, and he was just along for the trip. While traveling, he learned he was capable of achieving whatever he wanted, including the unthinkable. He discovered love is a lightning bolt that, when it strikes you, energizes you to do wildly unexpected things – including embarking upon a cross-country road trip to figure out what love means.

While most of his book revolves around traveling for love, Smith says fear motivated him more. He feared losing the woman of his dreams, so he traveled the country searching for himself to be truly worthy of her. He feared living paycheck to paycheck in an endless cycle of all work and no play would cause him to disappear into the crowd, so he did the unforgettable and saved a connection with someone he had never had with anyone else.

To learn more about Hawke’s journey, check out 29 Palms by purchasing it here.